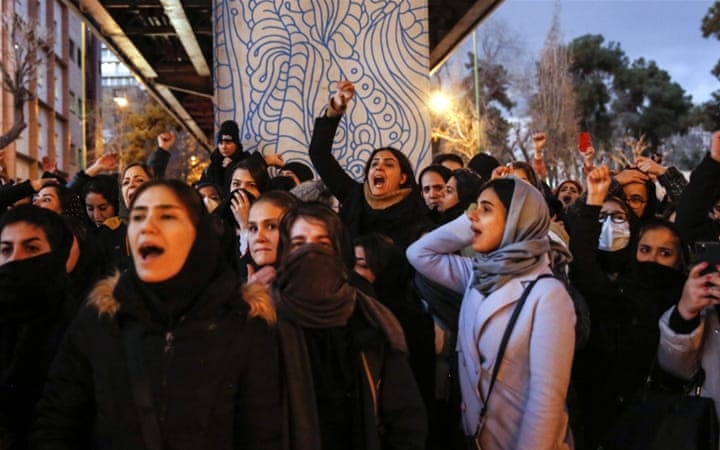 Written for the Birmingham Brief:

US-Iran tensions have been ongoing if fluctuating since the 1979 Islamic Revolution. Since 2017, the space for an easing of confrontation, offered by the 2015 nuclear deal between Tehran and the 5+1 Powers (US, UK, France, Germany, China, and Russia) has been closed off.

This is because of the Trump Administration’s withdrawal from the agreement in May 2018 and its imposition of comprehensive sanctions from November 2018. In part, it is also because of Iran’s activities in the Middle East, such as the propping up of Syria’s Assad regime and the contest for influence in Iraq.

The recent escalation was sparked by a 31-rocket attack on 27 December, by the Iran-backed Iraqi militia Kata’ib Hezbollah on an Iraqi base with US personnel. The militia was not seeking to inflict casualties, but American and Iraqi forces were unexpectedly in the area which was targeted. An American contractor and Iraqi troops were killed and four US troops were wounded.

Donald Trump’s advisors used that attack to press their case for a forceful response. The US military struck five Kata’ib Hezbollah positions on 29 December, killing 25 militiamen and wounding 51.

Supporters of Kata’ib Hezbollah and other Iran-supported militias raided the US Embassy compound in Baghdad on December 31. Trump advisors — notably Secretary of State Mike Pompeo — said that further Iranian-backed attacks were being planned.

They also prodded Trump by asserting he was at risk of another “Benghazi”: the 2012 assault on a US Consulate in Libya’s second city which killed four Americans including US Ambassador Christopher Stevens.

Trump was persuaded to approve the assassination of Maj. Gen. Qassem Soliemani, the leader of Iran’s elite Qods Force who oversaw Tehran’s military and political operations throughout the Middle East, and Kata’ib Hezbollah leader Abu Mahdi al-Muhandis. The killing of Abdul Reza Shahlai, a high-ranking Quds Force official overseeing finance of militias from his position in Yemen, was also authorised.

Soleimani and al-Muhandis were slain by US drone strikes outside Baghdad International Airport on 3 January. The operation against Shahlai failed for unknown reasons.

While media attention focused on an Iranian military response, with the Supreme Leader promising “crushing retaliation”, Tehran’s emphasis was on political measures to take advantage of the killing.

Iran pushed Iraqi officials to seek the expulsion of US troops from the country. On 5 January, the Iraqi Parliament passed a bill to that effect, drafted by Prime Minister Adil Abdul al-Mahdi. However, the legislation had no timetable , putting the onus on the Trump Administration to respond before measures were implemented.

The Rouhani Government announced the suspension of its commitments, a process began in June, under the 2015 nuclear deal. The step is possible leverage against other powers — notably the UK, France, and Germany — to fulfil an economic and financial link with the Islamic Republic to bypass US sanctions and prop up Tehran’s troubled economy, suffering from issues with oil exports, productivity, employment, inflation, and a weak currency.

And the Iranian regime used the large gatherings for Soleimani’s funeral processions across the country to claim support and unity, less than two months after mass protests over economic issues unsettled officials including the Supreme Leader — and led to hundreds of demonstrators being killed by security forces and thousands being detained.

Fulfilling Ayatollah Khamenei’s commitment of a high-profile military response, Iran fired more than a dozen missiles on two Iraqi bases with US personnel on January 8. But the operations was calibrated to allow a step back from an armed showdown: the Iranians informed the Iraqi Prime Minister, who tipped off US and Iraqi commanders, and there were no casualties. Donald Trump could thus respond, “All is Well!”, and maintain that Iran was “standing down”.

However, the challenge to Iran came not from the US but from itself. Hours after the attacks on the Iraqi bases, an Iranian air defense position fired two missiles at Ukraine International Airlines Flight 752 — mistaken for an American cruise missile — outside Tehran. The plane crashed, killing all 176 passengers and crew.

Rather than admitting the “human error”, Iran’s armed forces tried to cover up the incident, declaring the cause was catastrophic engine failure and removing evidence from the crash site. The Rouhani Government claims that it was not informed of the actual events until Friday, widening an existing rift between the Executive and the Revolutionary Guards.

Under increasing international pressure, on Saturday the military and then Rouhani announced that the jet had been shot down. Angered Iranians, notably students at universities in cities across the country, denounced officials — including the Supreme Leader — with chants such as “Down with the liars” and “Resignation is not enough. Prosecution is necessary.”

By Sunday night, there were scattered accounts of security forces firing tear gas and non-lethal bullets on demonstrators; however, the regime avoided the mass killing of November. Instead, it tried to regain legitimacy with apologies and expression of sorrow, and with the announcement of an investigation.

Guided by the Supreme Leader, the regime has returned to blame of the US for the crisis, creating the conditions for the downing of the Ukraine flight. But its efforts for a quick victory in Iraq are now treading the rough waters of Iraqi internal politics, and it has no Soleimani in Baghdad to coordinate its effort. Iranian-backed militia continue to fire rockets at Iraqi bases with US personnel, but in limited displays that have injured Iraqi personnel but caused no US casualties.

Meanwhile, the European signatories of the nuclear deal — the UK, France, and Germany — have overtaken Tehran with their triggering of a “dispute mechanism” over Iran’s suspension of commitments. The step presents Iran with a critical choice: pursue the economic link with Europe and return to the deal, or risk isolation and further economic difficulties.

The wrangling could take months, and any return to UN sanctions pale in comparison with the American restrictions. However, it puts the emphasis on political and economic maneuvers rather than a military showdown.

An unpredictable Trump Administration — not just because of its nominal head but because of “regime change” advocates like Pompeo — could again resort to a military step. Iran’s hardliners, such as the Revolutionary Guards, could strike not only at the US but at the Rouhani Government by risking another strike affecting US forces in Iraq.

But for now, it appears that the Trump Administration will return to its emphasis on the sanctions and “maximum pressure”, particularly as — in an election year — the US public showed an aversion to the consequences of the Soleimani assassination. And the Iranians, on the defensive after the downing of the Ukrainian passenger jet, are likely to prefer a politics playing on the anti-American sentiment across the Middle East fueled by the killing Soleimani and al-Muhandis.

That leaves the UK, as one of the European 3, in an important position in the near-future. How — working with French and German partners amid the headline of Brexit — does it exercise leverage against both Tehran and Washington to maintain the nuclear deal and avoid another crisis fueled by sanctions and military overreach?