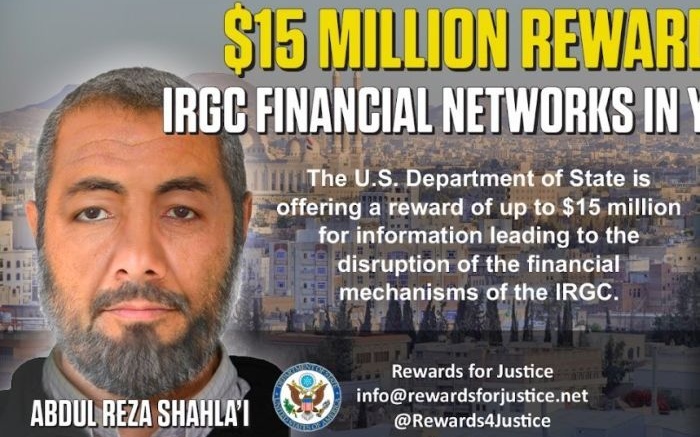 The Trump Administration tried to kill a second top Iranian military official, on the same day that the US military assassinated Maj. Gen. Qassem Soleimani.

American officials disclosed on Friday that they targeted Abdul Reza Shahlai, who was with the elite Quds Force led by Soleimani.

Shahlai organized financed for Shi’a militias in the region, including in Syria where Iran is propping up the Assad regime, and in Iraq.

The officials said Trump approved the attack on Shahlai at the same time that he authorized the drone strike which killed Gen. Suleimani outside Baghdad International Airport on January 3. The sources said several Iranian officials have been targeted.

The Pentagon planned on annoucing both operations together if each had been successful.

“If we had killed [Shahlai], we’d be bragging about it that same night,” said a “senior US official”.

The sources gave no further details, saying the operation was highly classified.

US authorities had offered a $15 million reward for information about Shahlai. They accused him of involvement in attacks on American allies, including a failed 2011 plot to kill the Saudi Ambassador to Washington, and of a 2007 raid in which Iranian-backed militiamen abducted and killed five US troops in Karbala, Iraq.

Shahlai is based in Yemen, where Iran supports the Houthi insurgency that controls the capital Sana’a and much of the country. The Houthis are opposed by a Saudi-led coalition which intervened in March 2015.

In a news conference last year, US Special Representative for Iran Brian Hook said the Administration is “gravely concerned by [Shahlai’s] presence in Yemen and potential role in providing advanced weaponry of the kind we have interdicted to the Houthis”.

The assassination of Soleimani crossed a red line against the public assassinations of officials from other states. Both George W. Bush and Barack Obama had vetoed proposals to kill the general, who led Iranian military and political efforts across the Middle East.

The killing of Soleimani and Abu Mahdi al-Muhandis, the leader of the Iran-backed Iraqi militia Kata’ib Hezbollah, threatened war between Iran and the US until Tehran — in a carefully-calibrated attack on two Iraqi bases on Wednesday — avoided any American casualties.

However, the escalation also led to Iran’s accidental downing of a Ukraine passenger jet on Wednesday, killing 176 passengers and crew.