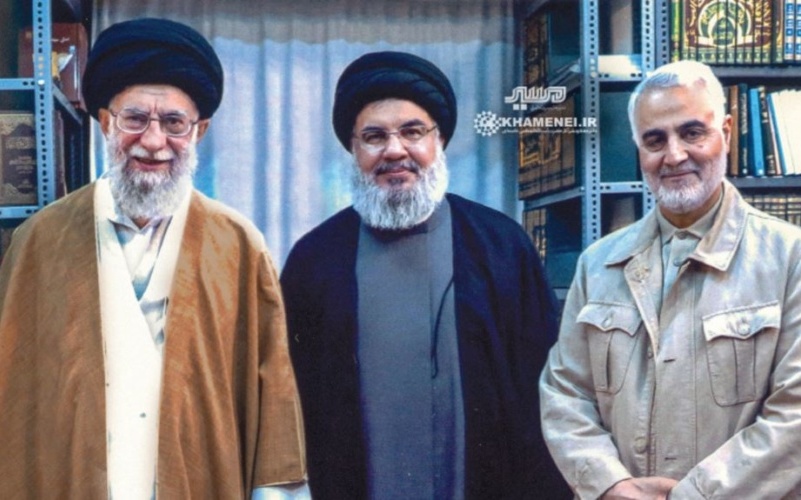 A US drone strike has killed Iran’s top commander in the Middle East, Gen. Qassem Soleimani.

Soleimani led the Quds Forces, the Revolutionary Guards branch for operations outside Iran. He was the face of Tehran’s military interventions in Syria and Iraq, including the propping up of the Assad regime and the fight against ISIS.

The general was also a key political actor for almost 20 years, maneuvering for Iran’s influence across the Middle East in areas such as Lebanon and Yemen as well as Syria and Iraq. The regime presented him as a hero to Iranians, and he was even touted as a possible Presidential candidate.

Soleimani was slain early Friday as his convoy was leaving Baghdad International Airport, after the general had arrived from Syria. An American MQ-9 Reaper drone fired missiles into the vehicles.

US officials said Donald Trump had authorized the attack.

[Soleimani’s] blood was shed by the most barbaric of men….A forceful revenge awaits the criminals who have his blood and the blood of the other martyrs last night on their hands….

All enemies should know the jihad of resistance will continue with doubled motivation, and a definite victory awaits the fighters in the holy war.

Foreign Minster Mohammad Javad Zarif tweeted that Soleimiani’s assassination was an act of “international terrorism” and an “extremely dangerous and foolish escalation”: “The US bears responsibility for all consequences of its rogue adventurism.”

Prof. Seyed Mohammad Marandi of Tehran University, a prominent regime spokesperson in English-language media, issued a warning to all Western people in the Middle East.

Prof. Mohammad Marandi, from @UnivOfTehran said on @AlJazeera_World that 'this was an act of war', he called upon all western citizens living in #UnitedArabEmirates, Iran, Iraq and elsewhere to leave the region immediately.

The Pentagon said in a statement:

A “senior American official” said the assassination mission was launched after a US contractor was killed and four American wounded last Friday by rocket fire. The American military said the attack was carried out by the Iranian-backed Iraqi militia Kata’ib Hezbollah.

Kata’ib Hezbollah is part of Iraq’s Popular Mobilization Units, formed after the Islamic State took 1/3 of Iraqi territory in 2014.

On Sunday US warplanes attacked five sites — three in Iraq and two in Syria — of the militia. At least 25 fighters, including four commanders, were reportedly killed and 51 wounded.

Militia supporters responded by raiding the US Embassy compound in Baghdad on Tuesday and Wednesday. The demonstrators broke windows, daubed graffiti on walls, and set fires.

See also TrumpWatch, Day 1,077: Trump Vacations Amid Threat to US Embassy in Iraq

On Thursday afternoon US Defense Secretary Mark Esper said, “If we get word of attacks, we will take pre-emptive action as well to protect American forces, protect American lives. The game has changed.”

After the attack, the Pentagon said in a statement: “This strike was aimed at deterring future Iranian attack plans. The United States will continue to take all necessary action to protect our people and our interests wherever they are around the world.”