EA on BBC, Radio FM4, Monocle 24, and talkRADIO: How Is Iran Responding to Assassination of Gen. Soleimani? 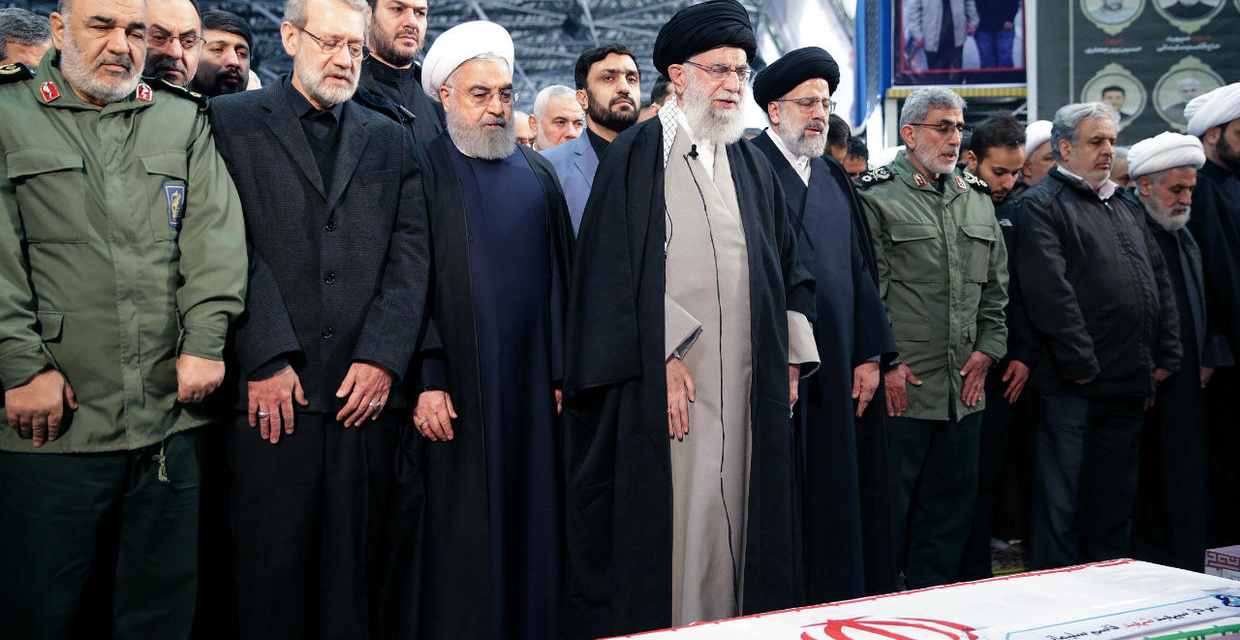 Iran’s leadership, including the Supreme Leader and President Rouhani, pray before the coffin of Qassem Soleimani, Tehran, Iran, January 6, 2020 (Reuters)

Hours before Iran fired missiles at two US bases in Iraq, I spoke with talkRADIO’s Eamonn Holmes and Kait Borsay about the situation in Washington and Tehran.

The discussion talks about the position of both the US and Iran in Iraq amid mass protests; the role of Donald Trump’s advisors in ordering the assassination — and in failing to prepare for the consequences; and the legal position over the assassination of Maj. Gen. Qassem Soleimani.

I spoke on Tuesday with BBC World Service, with Austria’s Radio 24, and with Monocle 24 about the latest developments around the US, Iran, and Iraq, amid mourning in Iran for the assassinated Maj. Gen. Qassem Soleimani, demands in Iraq for the departure of US troops, and confusion in Washington over what to do next.

Listen to BBC World Service from 8:21

We also discuss Mitch McConnell’s protection of Trump, even amid Congressional criticism of Trump for failing to consult legislators about the planned assassination.

There is no trust in the American administration, in that it will take effective action and that it will consult allies. There is a lack of trust in Donald Trump personally because of his unpredictability, his lack of knowledge, and his lack of competence. And, more worrying, there is a lack of trust in the heads of US agencies because they are not thinking through their actions and they are not going to their allies in Europe and in NATO.

ORIGINAL ENTRY: I spoke with BBC outlets on Monday about Iran’s response to the US assassination of its top military commander Maj. Gen. Qassem Soleimani.

Listen to BBC Radio Wales from 7:07

The discussion reviews the Iranian reaction to Soleimani’s killing, consider Iran’s immediate response such as suspension of nuclear deal commitments and the push to expel US forces from Iraq, and look at possible next steps.

Listen to BBC Radio Ulster from 24:54

A discussion, alongside David Meyerson of Republicans Overseas, of the US Government’s decisions, its lack of understanding of the situation inside Iran, and its failure to anticipate consequences.

This wasn’t Donald Trump’s decision. This was driven more by Secretary of State Mike Pompeo and Vice President Mike Pence. Because “maximum pressure” has not broken the regime, they decided to cross this line.