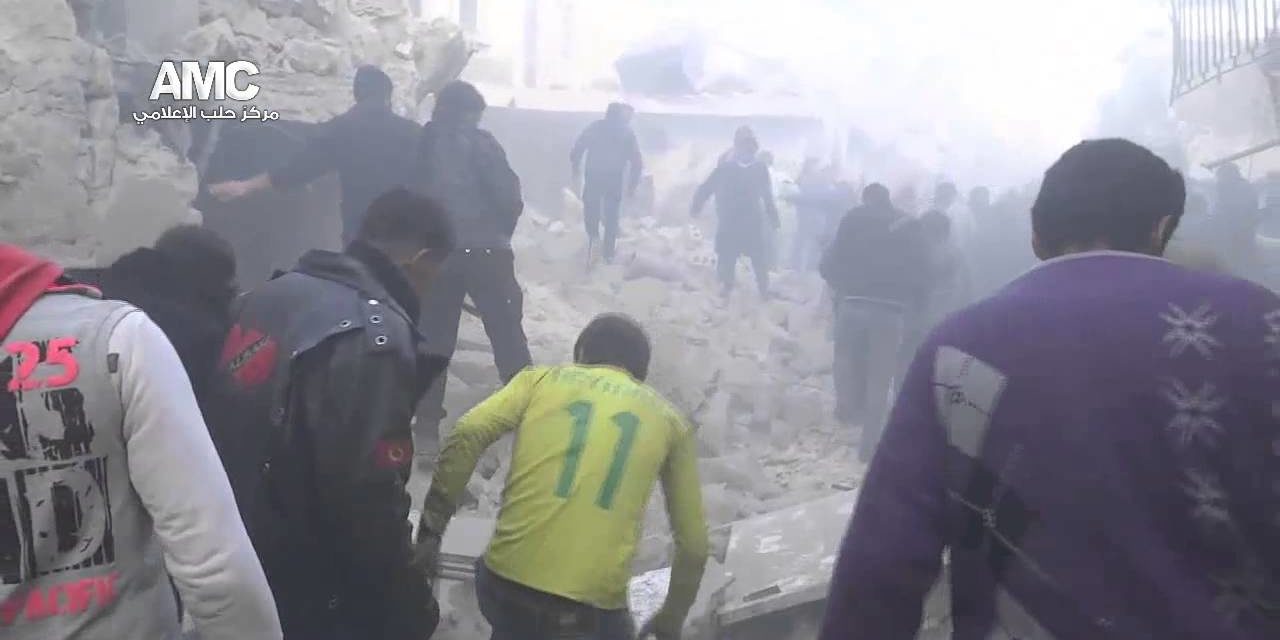 Syria’s military continued its escalation of airstrikes on insurgent-held areas in and near Aleppo for a 4th straight day on Tuesday.

More than 200 civilians have died in the bombardment, the motive for which is still unclear. The Local Coordination Committees reported 73 deaths across Aleppo Province on Tuesday, out of a total of 128 across Syria.

Medecins Sans Frontieres said on Tuesday that it can confirm more than 100 deaths in Aleppo since the weekend.

Footage posted on Wednesday of the aftermath of a bomb on the Hanano section of Aleppo:

And in Jazmati, where three people were reportedly killed:

Insurgents have captured an outpost near the Syrian military’s Brigade 137 arms depot in Deir Ez Zor Province — a fighter raises a flag above one of the buildings:

Activists are claiming a mass killing of residents in Bait Sahm, south of the capital:

Civilians were assured by reconciliation committee that they can get out of Bait Sahm, but shot at when they tried to. #Syria #PT #Damascus

US & Russia to Handle Transport of Chemical Stocks Across Syria

The Organisation for the Prohibition of Chemical Weapons has confirmed that the US and Russia will provide transportation of chemicals from Syria’s storage sites to the port of Latakia.

The US is supplying GPS locators, loading, transportation, and decontamination equipment, while Russia is providing large capacity and armoured trucks, water tanks, and other logistical supplies, as well as indicating the possibility of further monetary or material assistance and security for cargo operations at the port and in Syrian territorial waters.

Denmark and Norway will provide vessels and military escorts for the maritime
transportation of the Syrian chemicals to a US ship which neutralise the priority
chemicals.

Finland, China, and Italy are also assisting the operation.

One of the most dramatic of the recently-released videos of the insurgent offensive in East Ghouta near Damascus — insurgents move into Deir Salman, one of at least two towns they claim to have taken in the campaign to break the regime’s seize of opposition-held areas:

An insurgent attack on a base of the National Defense Forces:

Iran’s Al-Alam TV, supporting the Syrian regime’s declarations, is claiming that insurgents killed scores of civilians in the fight for control of Adra, on the Damascus-to-Homs highway northeast of the capital.

However, an observer is noting on social media that at least one of the images (0:18 in the video) is actually from Homs in April 2012. 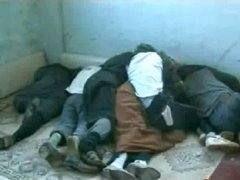 Islamic Front: We Evacuated Civilians from Adra to Protect Them From Regime Shelling

The Islamic Front says it has taken civilians from Adra, 12 miles northeast of Damascus, to protect them from regime shelling amid the fight for control of the town.

Insurgents claimed this weekend that they have advanced in Adra and taken almost all of it.

The regime and insurgency have accused each other of mass killing of civilians in the town. Damascus’ most recent claim is that the bodies of 80 people slain by opposition fighters have been discovered.