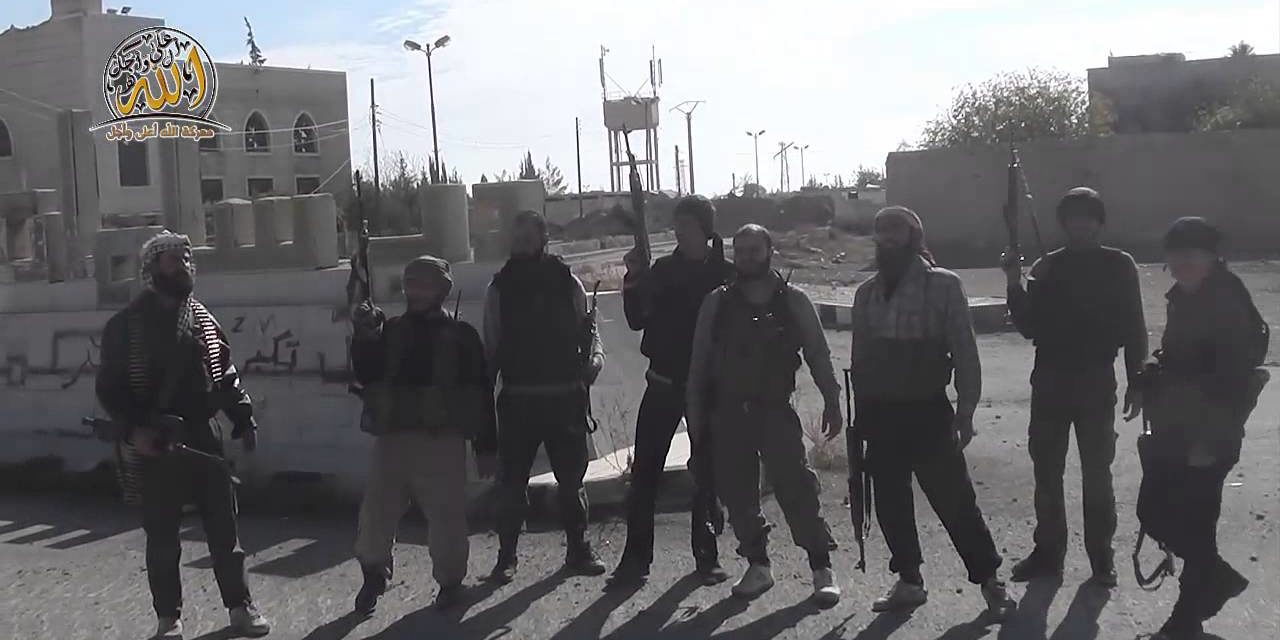 We have known for weeks of an insurgent campaign in the Damascus suburbs of East Ghouta — besieged for months, hit by chemical weapons in August, bombarded almost every day — to break the checkpoints of Syria’s military and open supply lines.

We knew that news of the campaign was limited by a media blackout. We knew, from well-placed sources, that the blackout would be lifted at some point — i.e., when information could not assist a regime counter-attack — in an attempt to document insurgent success.

What we did not know was that both the lifting of the blacking and the claim of success would be so dramatic and extensive.

After an opening video from the Islamic Front declaring victory in Phase I — 800 regime troops killed, including more than 200 officers; dozens of armored vehicles destroyed or seized; 40 kilometers of territory taken — insurgent factions uploaded more than 100 videos of operations near and in East Ghouta’s towns.

The footage shows opposition fighters in Deir Salmon and Qasimayah and moving toward Otaiba, reaching points inside the town. In other videos, insurgents take over regime positions and/or kill President Assad’s troops.

That advance is complemented by news from another, near-by front. Insurgents appear to be on the point of taking full control of Adra, to the north of the East Ghouta operations.

Map, centered on the town of Deir Salmon:

A good deal of caution has to be exercised in evaluating the “success”. None of the footage is current, with insurgents releasing it only after their completion of Phase I and move to Phase II of operations. Much of it is difficult to locate, with only general descriptions of “mujahedin” on operations.

That said, both sources and a reading of the material indicate that insurgents have been able to take enough territory to open up supply lines from the south and the Jordanian border. That sets up a spiral of success: the supply sides mean more weapons and material as well as food, which means more firepower for the next operations in the campaign as well as some relief for those in the besieged insurgent-held areas.

What’s more, the insurgents may not have just taken territory but protected it — from the skies as well as the ground.

In recent weeks, airstrikes in East Ghouta have only been on the frontlines and not deeper into opposition territory. After the first days of the insurgent offensive, when the opposition broke silence to claim the downing of five regime aircraft, there has been little sign of Syrian aerial operations to counter the campaign.

This could mean the insurgents have established air defenses for the first time near Damascus. The released videos bolster that possibility: they show insurgent positions equipped with mobile anti-aircraft weapons, including radar-guided Shilkas.

In another indication of confidence, the insurgency posted a letter last week to the Red Cross and Red Crescent, promising to protect the agencies if they brought aid into East Ghouta. That offer of safety for convoys could not have been made without a belief in skies clear of regime warplanes.

None of this means a decisive insurgent victory — after all, the opposition has only said it is the beginning of a protracted campaign near the capital.

However, if these advances are “real”, they are a marked shift in the military and humanitarian position. Four months ago, the Assad regime was on the point of a ground offensive, following chemical and conventional airstrikes, to overrun the insurgent-held areas in East Ghouta. That offensive never took place, in part because Damascus has to counter the political response to its August 21 chemical attacks; instead, the Syrian military reinforced its siege, to the point of starving civilians.

That strategy has now been challenged by the “Break the Siege” offensive, with what appears to be initial success.

Our knowledge of whether that success can be maintained may await the lifting of the blackout on Phase II. Right now, however, this is an insurgency — buoyed by the re-organization and co-ordination of forces since September, including the formation of the Jaish al-Islam bloc and then the Islamic Front — which has replaced defense and even desperation with confidence.