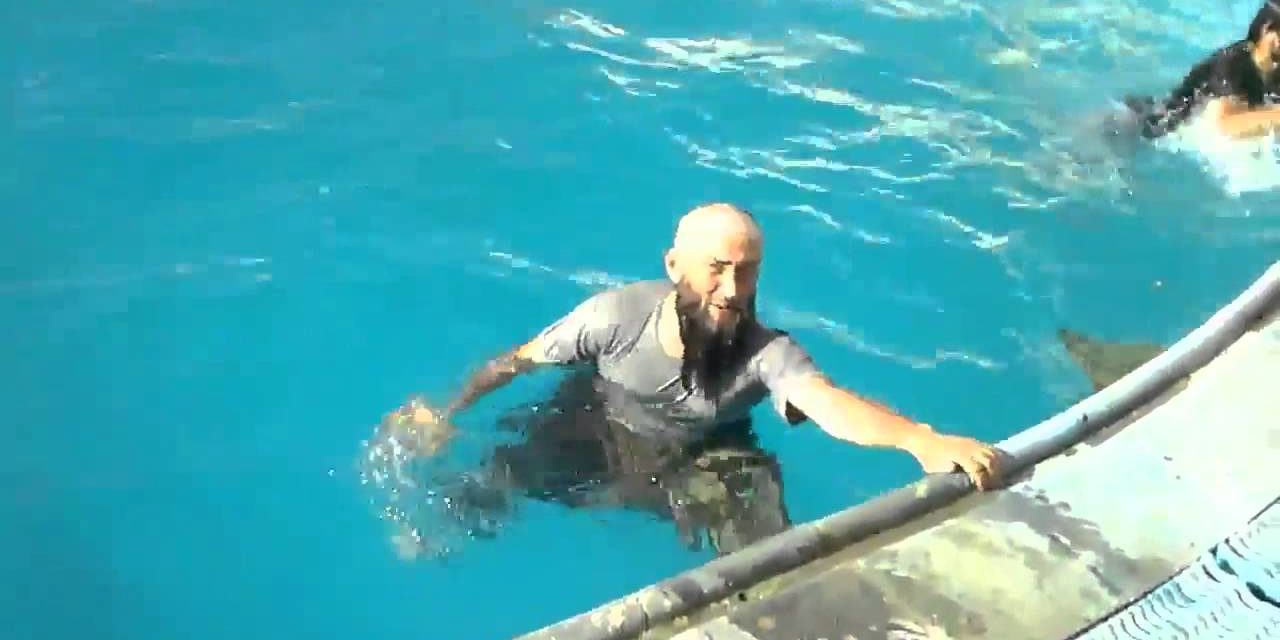 UPDATE: Several sites, including Russia’s Segodnya.ru, published claimed images of the interior of Umar’s alleged villa and the swimming pool, taken from the photographs circulated in August after news of its capture. The source for the information appears to be the pro-Assad Anna News, which of course has a vested interest in adding to the narrative that the insurgency is dominated by foreign “bandits” who care nothing for the Syrian people. 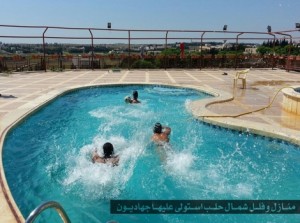 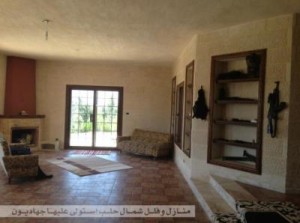 Lebanese newspaper as-Safir claims to have some more details about Abu Umar al-Shishani, the former Emir of the largely North Caucasian faction Jaish al-Muhajireen wal Ansar who recently swore an oath of allegiance to the leader of the Islamic State of Iraq and ash-Sham, Abu Bakr al-Baghdadi.

It is not, of course, possible to verify whether as-Safir’s “jihadi source” is telling the truth about Abu Umar, but the story does indicate a growing interest in and allure of the Chechen insurgent whose power and influence are on the ascendency in Syria.

As-Safir’s “jihadi source” says that Abu Umar moved to Syria with his family, to wage jihad. The family settled in the town of Hraytan, north of Aleppo city.

The source repeats some details from a November 13 BBC Arabic report about al-Shishani — namely that he served in the Georgian Army for some time and was discharged in 2007 due to tuberculosis. The report also repeats that in 2010, Abu Umar was sentenced to three years in a Georgian prison for buying and storing weapons, but was released early because his health deteriorated.

As-Safir’s source says that it was during Abu Umar’s time in prison that he became religious and learned about the principles of Islam. The source speculated that perhaps a jihadi network helped secure his early release.

Following his release, the source said that Abu Umar went to live in Turkey where his jihadi contacts secured him temporary housing. From there, Abu Umar went to Syria where he settled in Hraytan and worked on forming his own battalion, the Kataib al-Muhajireen, which operated for some time under the banner of the Jaish al-Mohammad, before forming Jaish al-Muhajireen wal Ansar. That group came to prominence during its role in the capture of Menagh Airbase (an operation in which jihadist foreign fighters cooperated with the Free Syrian Army, or at least worked in concert with them).

The source adds some more details about Abu Umar’s rise to power. According to the source, Abu Umar rapidly gained a good reputation and became a prominent figure in Hraytan, and was able to gather around him other fighters.

Abu Umar began to thrive and chose to live in a luxury villa with a swimming pool in Hraytan, the source told as-Safir. The villa had belonged to a wealthy businessman in the village and was luxuriously furnished. Abu Umar brought his wife and his young son to live in the “new palace”, the source said.

Shortly afterward, Abu Umar and his group of fighters seized a warehouse in the al-Shokaief industrial zone in Aleppo:

The warehouses contained various electrical appliances, the source said, which Abu Umar transferred to his villa. These included a large refrigerator and an air conditioning system.

The story, as told by as-Safir, gets even more interesting. As-Safir’s source says that the owner of the villa — coincidentally also called Umar or Omar — once visited his property but was prevented from entering by armed mujahideen, who stopped him from transferring some merchandise that had been stored in the cellar.

When the owner of the property spoke to Abu Umar about the goods, the source says that Abu Umar responded by denying that the goods existed, and adding that the owner should consider the villa as a gift of charity according to the laws of Allah and jihad.

MORE ABOUT THE VILLA IN ALEPPO PROVINCE

The claims of the villa seized by Abu Umar and his men accord to some degree with reports that insurgents from Jaish al-Muhajireen wal Ansar occupied an empty villa in August, following the capture of the Menagh Airbase.

The pro-jihadi site Fi Syria, which is based in the North Caucasus and which is close to Abu Umar and Jaish al-Muhajireen wal Ansar, published this video on August 17 showing insurgents from the North Caucasus in the swimming pool of a villa they had occupied. The site, however, claimed that the villa belonged to a relative of Bashar al-Assad.

In October, Russian-language pro-jihad sites published another video showing a Russian-speaking jihadis, from Kazakhstan, lodged in a villa. While the location was not given, the residence looked at least similar to that shown in the above video from August. The October video has since been removed from YouTube.