Syria: Saudi Arabia Declares “We Will Act Without US Support” 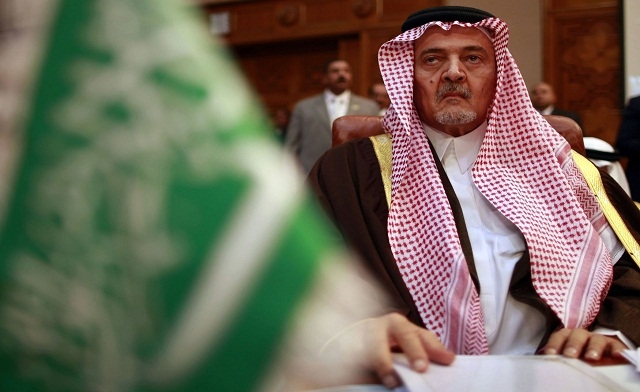 Amid growing indications that the US may accept President Assad’s stay in power, Saudi Arabia has put out a pointed message that it is prepared to break with Washington, supporting Syria’s insurgency in the effort to remove the regime.

The messenger is the Saudi Ambassador to Britain, Mohammed bin Nawaf bin Abdulaziz al Saud, who writes in The New York Times under the provocative headline, “Saudi Arabia Will Go It Alone“:

The foreign policy choices being made in some Western capitals risk the stability of the region and, potentially, the security of the whole Arab world. This means the Kingdom of Saudi Arabia has no choice but to become more assertive in international affairs: more determined than ever to stand up for the genuine stability our region so desperately needs….

Saudi Arabia has enormous responsibilities within the region, as the cradle of Islam and one of the Arab world’s most significant political powers. We have global responsibilities — economic and political — as the world’s de facto central banker for energy….We will act to fulfill these responsibilities, with or without the support of our Western partners.

But what does this mean for Syria? While the Ambassador declares, “We have a humanitarian responsibility to do what we can to end the suffering in Syria,” his emphasis is on the political and military situation:

We continue to show our determination through our support for the Free Syrian Army and the Syrian opposition.

It is too easy for some in the West to use the threat of Al Qaeda’s terrorist operations in Syria as an excuse for hesitation and inaction. Al Qaeda’s activities are a symptom of the international community’s failure to intervene. They should not become a justification for inaction.

The way to prevent the rise of extremism in Syria — and elsewhere — is to support the champions of moderation: financially, materially and yes, militarily, if necessary. To do otherwise is to walk on by, while a humanitarian disaster and strategic failure continue to fester.

When Saudi Arabia ramped up its criticism of the “West” this autumn, declining to take up its seat on the United Nations Security Council, some analysts dismissed Riyadh’s maneuver as an empty or short-lived power play, predicting it would not step too far from Washington.

However, the signs in Syria are already that Saudi Arabia is ready to back up its rhetoric. As the US was backing away from its declaration in June that it would provide public military assistance to the insurgency, Riyadh was arranging more shipments of arms.

Even more importantly, the Saudis were encouraging the opposition fighters to re-align, in light of the perceived lack of effectiveness of the US-backed Supreme Military Council. The formation of the Jaish al-Islam bloc near Damascus, a coalition of factions in northern Syria, and — more importantly — November’s establishment of the Islamic Front are all linked to Riyadh’s strategy.

On Monday — as the US persists in efforts to arrange the January “peace” conference that may or may not accept Assad’s continued rule — those groups put out a major press release with more than 100 videos: Phase I of the month-long offensive in East Ghouta near Damascus has broken the regime’s siege of some areas, killing more than 800 of Assad’s troops, and Phase II is underway.

Is that only the start of an insurgent-Saudi campaign which can successfully “go it alone”?