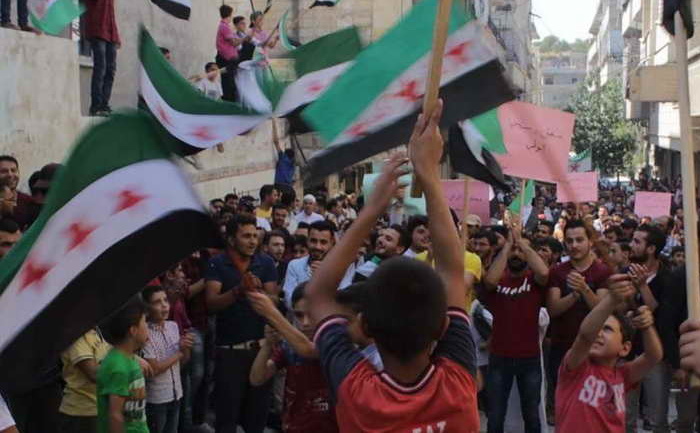 For the second Friday in a row, thousands of protesters gathered in opposition-held Idlib Province in northwest Syria, challenging Russia-regime attacks, the closed Turkish border, and the Islamist bloc Hay’at Tahrir al-Sham.

Demonstrators again tried to reach the Bab al-Hawa border crossing, which Turkey closed in 2016 to prevent the entry of any more refugees. Checked last week by Turkish security forces from reaching the Turkish side of the crossing, they were blocked yesterday by HTS fighters, who manned roadblocks preventing movement.

HTS, which has controlled much of Idlib since a 2017 offensive against rebel factions, also blocked roads to prevent protests from growing against the Islamist bloc. Residents are challenging the bloc’s control of civilian life and blaming it for the Russia-regime offensive — Moscow uses the pretext of HTS’s “terrorism” for airstrikes and shelling which have killed almost 900 civilians, wounded thousands, and displaced more than 400,000 since late April.
Turkey, which hosts 3.6 million displaced Syrians, said this week that it hopes to return a million of them to “safe zones” which Ankara is trying to establish across Kurdish cantons in northeast Syria.

Rallies also took place in Idlib city, Sarmada, Kafr Takharim, Binnish, and even Ma’arat al-Nu’man, which has been under regular bombardment and is threatened with reoccupation by Russian and Assad regime forces.

The offensive broke through anti-Assad resistance last month to sweep up almost all of northern Hama Province and parts of southern Idlib, including the town of Khan Sheikhoun on the M5 highway. The likely path for the attacks, which include Russian ground advisors and special forces, is up the M5, connecting Aleppo and Homs.

Russian President Vladimir Putin declared a “ceasefire” earlier this week, before the next round of the “Astana” talks between Moscow, Turkey, and Iran. However, Bashar al-Assad’s senior advisor Bouthaina Shaaban said any pause was temporary and the Assad regime was dedicated to its goal of regaining “every inch” of Syrian territory.

Video of the rally in Ma’arat al-Nu’man: 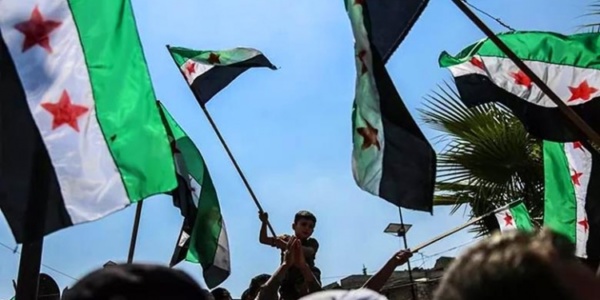 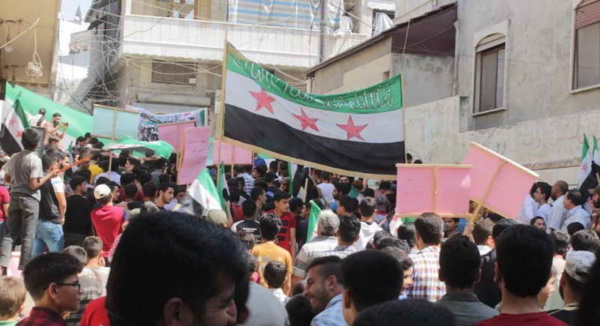 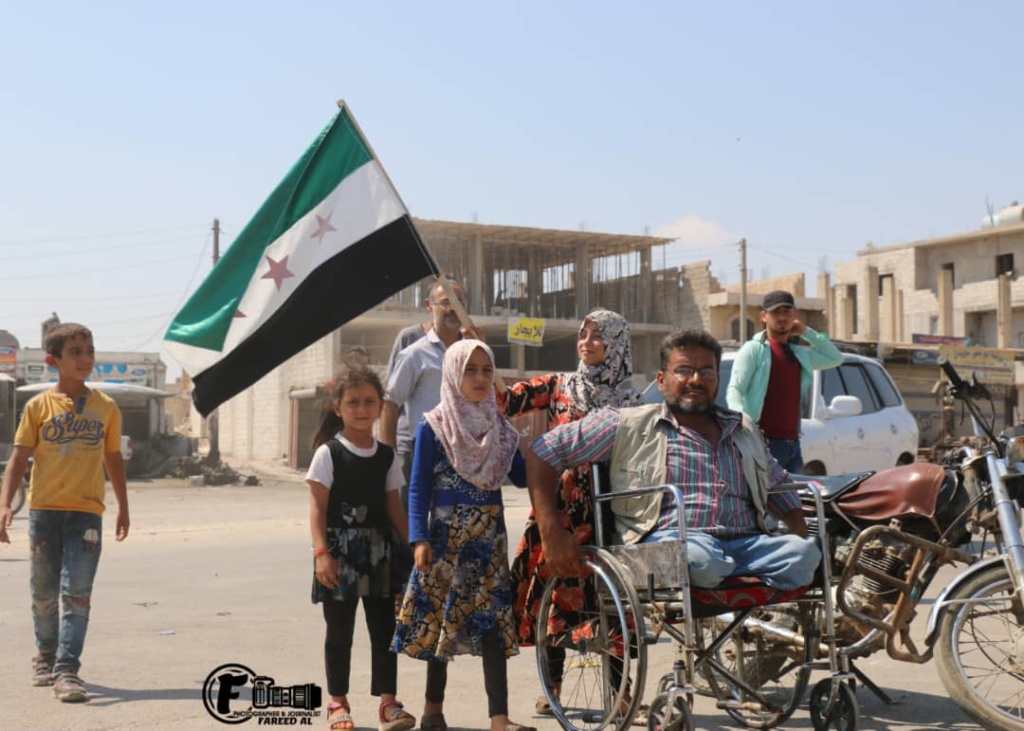