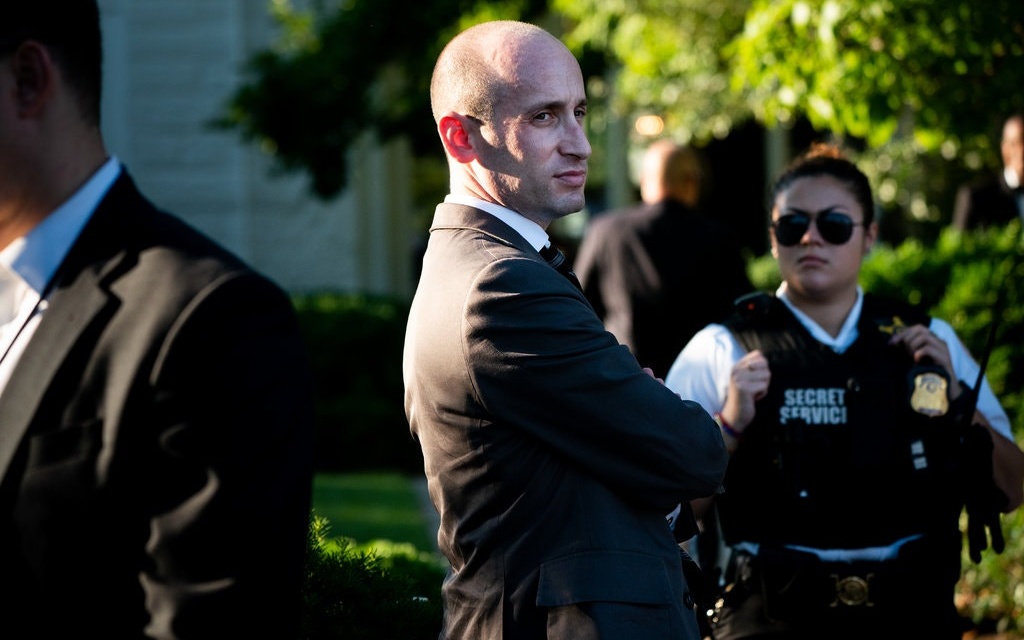 The Trump Administration is considering plans to block almost all refugee entry into the US.

Driven by the hardline White House advisor Stephen Miller, the Administration has already sharply reduced the admission of refugees, but the new plan would further slash refugee admissions by more than 50%. Of the remaining 10,000 to 15,000 quota, most places would be reserved for refugees from a few countries or for groups with special status, such as Iraqis and Afghans who work alongside US personnel abroad.

Another option is to eliminate reduce refugee admissions completely, while leaving Donald Trump with the power to admit some in an emergency.

“Current and former administration officials” said a White House meeting on Tuesday will discuss the number of refugee admissions for the coming year.

The refugee program is now at its lowest level in US history, capped at 30,000 this year — more than 70% less than when President Barack Obama left office.

A “senior official” said Miller and his allies, whom he has placed at the Departments of State and Homeland Security, are pressing for the drastic reduction.

In mid-July, John Zadrozny, a top official at Citizenship and Immigration Services, supported by the State Department’s Andrew Veprek, argued for elimination of the admissions program in a meeting last week of about 20 officials. Homeland Security Department officials suggested a level from 3,000 to 10,000, according to an official “familiar with the plan”.

The Pentagon is opposed to restriction of admissions of Iraqis who assisted US forces. Last year, then-Defense Secretary Jim Mattis pressed for 45,000 admissions. He wrote to National Security Advisor John Bolton:

Over the last 17 years of war, numerous Iraqi nationals have risked their own lives and their families’ lives by aligning with our diplomats and warfighters providing essential mission support. We owe them support for their commitment.

Trump ultimately set the figure at 30,000, down a third from the previous year.

Almost 9,000 refugees are currently approved to travel to the US. As of July, more than 29,000 had completed Citizenship and Immigration Services interviews.

Only 140 Iraqi applicants entered the US between January and July, with more than 100,000 still awaiting resolution of their cases.

“Current and former senior military officials” said recently-appointed Defense Secretary Mark Esper has not disclosed if, like Mattis, he will challenge reductions. A former general said Esper is in a “foxhole defilade” position, shielding himself from enemy fire.

In a letter to Trump on Wednesday, retired military officers called for reconsideration of the cuts: “We urge you to protect this vital program and ensure that the refugee admissions goal is robust, in line with decades-long precedent, and commensurate with today’s urgent global needs.”