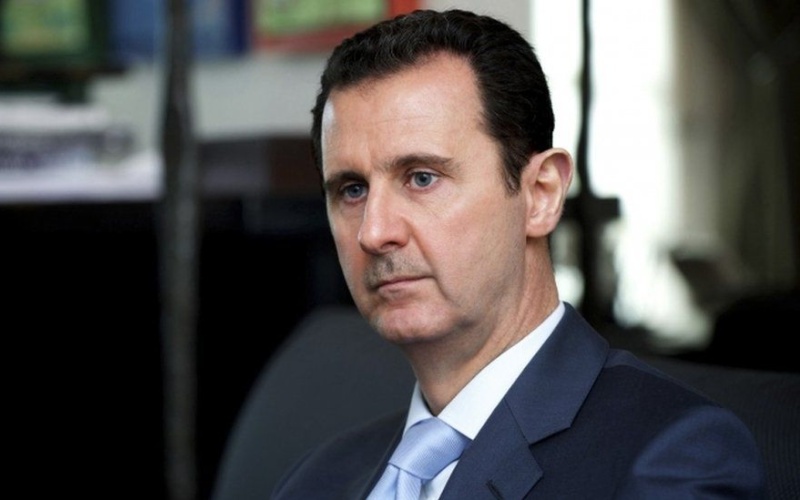 The Washington Post details the power grab, including the seizure of the assets of South Africa-based MTN Syria, the country’s second-largest mobile phone provider.

Executives were arrested, with subsequent demands for multimillion-dollar payments, threats to revoke the company’s operating license, and a court ruling putting an Assad loyalist in charge.

MTN finally withdrew from the Syrian market in August. Its subscribers now effectively pay the regime for services.

The Crackdown and Assad’s Inner Circle

Syria’s GDP has been slashed since the uprising of March 2011. About 90% of residents live under the poverty line, and 12.4 million — about 70% of the remaining population — are food insecure. The Syrian pound has lost more than 97% of its value. Russia and Iran, essential backers of the regime, are trying to take control of Syrian resources and lucrative projects.

But that has only spurred the regime to sustain its fortunes with a crackdown, including on members of Assad’s inner circle. The companies and assets of his cousin Rami Makhlouf, once a billionaire tycoon, were seized last year. The tactics were similar to those in the MTN case: arrest of executives, threats of staff, a travel ban on Makhlouf, and court proceedings to justify the seizure.

Ammar Waqqaf, a London-based businessman and Assad loyalist, said the targeted executives and companies “are beneficiaries of privileges not open to the ordinary people. The state sees justice in getting them to pay more.”

Waqqaf did not speak about the benefits of Assad and his inner circle from the raids.

As Makhlouf fell, other Assad-connected businessmen rose. They include Samer Foz, who has been sanctioned by the US, and 38 year-old Yasar Ibrahim.

In 2018, as the regime began its crackdown, Ibrahim’s newly-created Al-Burj Investment Company took over a firm providing support services to mobile phone carriers. The takeover brought in more than 200 employees and annual revenues of several million dollars.

Ibrahim was sanctioned by the US Treasury in mid-2020, which argued, “Using his networks across the Middle East and beyond, Ibrahim has cut corrupt deals that enrich Assad, while Syrians are dying from a lack of food and medicine.”

But within three years, the regime has installed the businessman — who reportedly gained favor through the relationship between his two sisters and Assad’s wife Asma — with near-monopoly control of the mobile phone market. Earlier this year, Ibrahim eclipsed Fox, who had to hand over his stake in the former Four Seasons hotel.

“Businessmen Will Run Away”

However, the campaign against South Africa’s MTN has raised a further challenge for the regime. Even as it pursues “normalization” which would bring in support from the region, the spectre of asset seizure and arrests is likely to deter foreign investment. An executive summarized, “No sane and rational foreign investor would think of doing anything in Syria under the current operating environment.”

Karam Shaar of the Turkish-based Operations and Research Center adds, “[Assad] thinks you can coerce businessmen to do what he wants, but that’s not how economies work. They will run away.”

So the regime and its supporters have allegedly turned to other activities for revenue. They include drug trafficking, with production and distribution of the amphetamine Captagon soaring. In 2020, European and Arab authorities seized an estimated $3.4 billion of shipments, more than the regime’s annual official budget.

Further income has come through diversion of more than 50% of assets brought into Syria by humanitarian organizations, including through manipulation of exchange rates.

Meanwhile, residents in regime areas are enduring the shortages of food, including bread; rampant inflation; blackouts; and queues for petrol.

A woman in Damascus, Salwa, says, “We have deadly poverty, high prices, people cannot pay their rent. Everyone wants to leave. People would give anything to leave the country.”