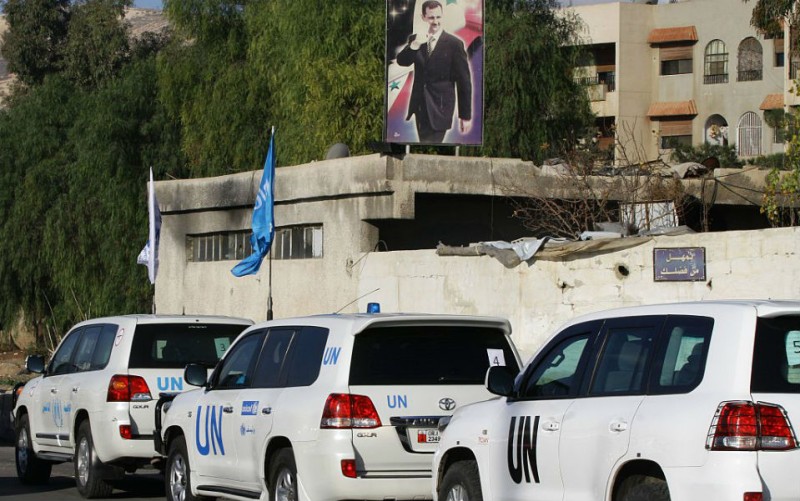 Using a basic tactic with exchange rates, the Assad regime pocketed at least $100 million from UN aid in 2019-2020.

The diversion was enabled through the difference between the official and unofficial exchange rates of the Syrian pound v. the US dollar.

UN agencies must put their operational funds in Syrian private banks or in “correspondent banks” in other countries. The banks swap the dollars for Syrian pounds at the official rate, set by the Assad regime’s Central Bank. Private banks must then sell half of their hard currency directly to the Central Bank.

In March 2021, the official rate of the Syrian pound was 1,500:1, while the unofficial rate was 4,700:1. So the private banks and the Assad regime effectively confiscated 2/3rds of the aid.

The official rate is now 2,500:1, but with an unofficial rate above 3,300:1, the banks and regime are still profiting by about 32% on each transaction.

Natasha Hall, Karam Shaar, and Munqeth Othman Agha of the Center for Strategic and International Studies reviewed all 779 UN procurement entries for 2019 and 2020. They found that in 2020, UN agencies converted at least $113 million for commodities and services at the official rate. With the gap between the unofficial rate, $60 million — 51% of the funds — was diverted

And that is only the start of the regime’s profiteering. The procurement figures do not include NGOs operating in regime-held areas. They do not cover the funds, for both the UN and NGOs, to pay staff salaries, provide cash assistance, and carry out ancillary activities. Some UN contractors could not be identified in the review of the 2019-2020 procurements.

See also “Our Lives Are Like Death”: Assad’s Threat to Returning Refugees — as UN Meets with Regime Officials
How UN Humanitarian Aid Propped Up Assad Regime