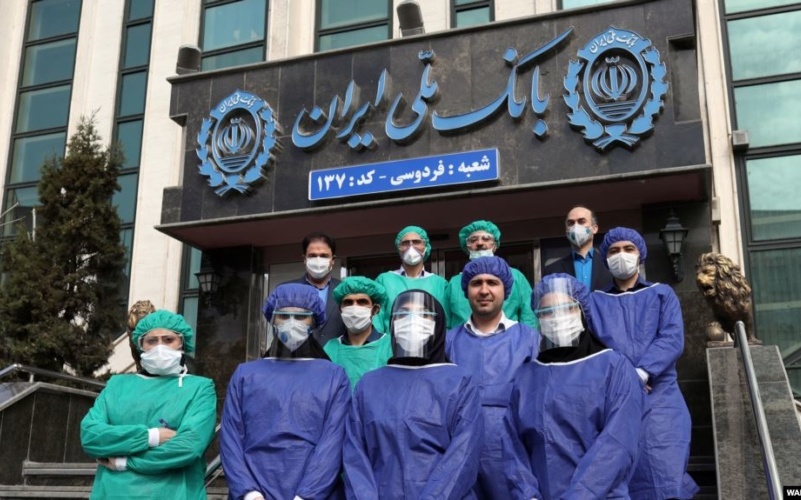 Rewriting recent history, Iran’s President Hassan Rouhani has insisted that the Government acted quickly to inform the public about the threat from Coronavirus.

Rouhani told the last Cabinet of the Iranian year on Wednesday, “We spoke to people in a honest way. We had no delay.” He said authorities had been “straightforward” as soon as they learned about the virus on February 19.

In fact, the regime was preoccupied with the possibility of a low turnout in the February 21 Parliamentary elections.

Two days after the vote — just before officials announced 42.5% participation, the lowest in the Islamic Republic’s history — the Supreme Leader told the country of a “Western plot” to spread fear of Coronavirus:

The Health Ministry said reports of 50 deaths from the virus were a “complete lie”, even as Deputy Minister Iraj Harirchi — who said he would resign if deaths were more than 12 — tested positive.

Rouhani said on February 25, “From Saturday, activities across the country must continue like previous weeks. Spreading fear and attempting to halt the country’s activities is the enemies’ conspiracy.”

It was only on February 27, as Vice President Masoumeh Ebtekar and MPs fell ill, that the Supreme Leader acknowledged the imminent crisis: “We are hopeful…that this inauspicious Coronavirus will soon be overcome by God’s grace.”

The official toll was raised on Wednesday to 147 deaths among 1,135 cases. Medical staff and sources inside the Health Ministry say the actual numbers are far higher.

Rouhani’s office preferred to focus on Wednesday on the President’s remark of defiance of “enemies” and of supposed economic success despite problems with production, investment, trade, and employment.

For the first time in the history of Iran, we were able to manage the country and economy without an oil budget….

In the year that passed, despite all pressures, our economic heroes could keep our economy in a fairly stable position.

Rouhani claimed that inflation was only 25%, compared to 52% earlier in the Iranian year, and that salaries for those in the public sector rose 20%.

The President ignored the mass protests in November over the economic situation, sparked by the Government’s sudden increase of 50% to 200% in petrol prices, in which at least 304 demonstrators were killed by security forces.

He also covered up protests in January after the military lied about downing a Ukrainian passenger jet, with more than 100 Iranians among the 176 victims. Rewriting the 72-hour deception before the regime finally acknowledged the incident, Rouhani said:

All people and the authorities, from the Supreme Leader of the Revolution to all people, respected their bloods and called them martyrs. The other thing that happened was that the armed forces came and told the truth in the shortest time possible and apologized for it bravely.