Iran Daily: Regime in Confusion — and Possible Cover-Up — Over Coronavirus 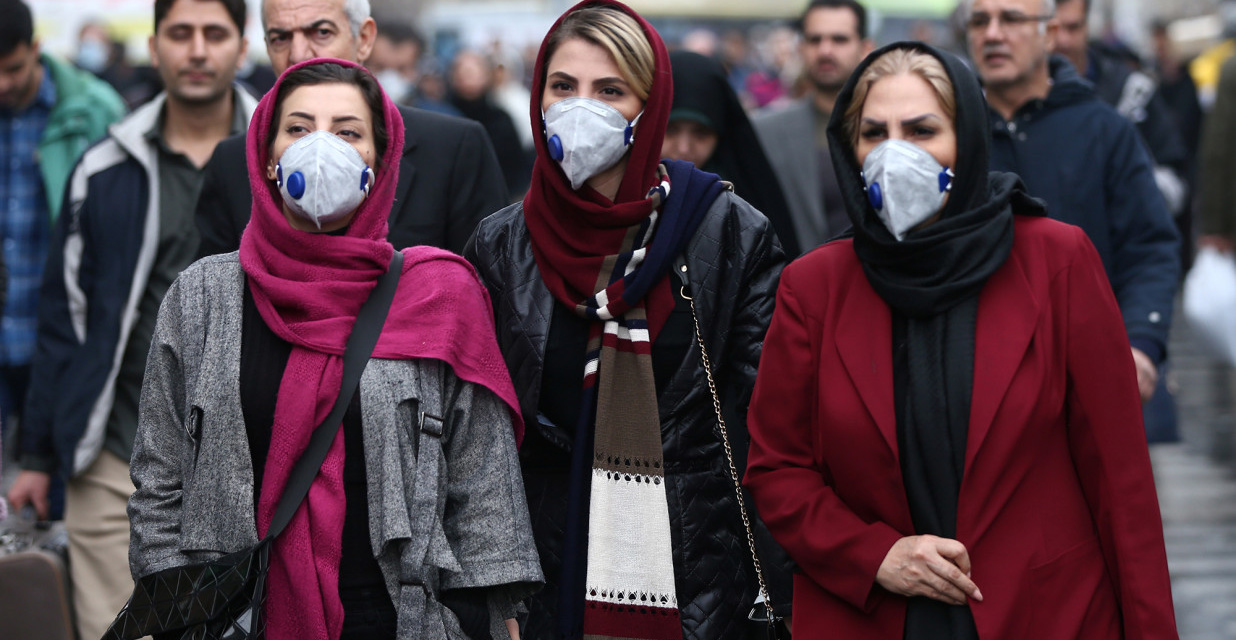 Women in the Grand Bazaar in Tehran, Iran (Reuters)

Iran’s regime falls into confusion — and a possible cover-up — over the scale of coronavirus in the Islamic Republic.

Iranian officials said on Monday that 12 people have now died and 64 are infected after the first cases were reported last week.

However, their announcement appeared as a defensive reaction to the claim of a conservative MP that 50 Iranians have died in the past two weeks in the holy city of Qom, 120 km (75 miles) south of the capital Tehran.

Ahmad Amirabadi Farahani said 250 people are quarantined. He asserted that the Government had been late in confirming the outbreak and that Qom was unprepared for the medical crisis.

As the Health Ministry said the death toll had risen from eight to 12, officials angrily denounced Farahani’s claim and insisted they were being transparent.

Health Ministry spokesman Kianush Jahanpur said 50 dead was a “complete lie”: “[Farahani] doesn’t have a right to express views on this issue and doesn’t have access to information.”

Deputy Health Minister Iraj Harirchi said on State TV that if the number of dead in Qom is 1/4 of 50, he will resign.

There is widespread speculation that “Patient Zero” in Qom, was a businessman who had returned from one of several recent trips to China.

Health Minister Saeed Namaki confirmed the death of the businessman. he said direct flights between Iran and China are now suspended, but the businessman had traveled “on a connecting flight”.

On Sunday, the Supreme Leader had denied there was a crisis, saying coronavirus was a Western plot to limit participation in Friday’s Parliamentary elections.

Ayatollah Khamenei, seeking a show of legitimacy amid economic problems and the mass disqualification of reformists candidates, had called on Iranians to vote as a display for Iran’s “enemies”. But the regime finally acknowledged that the turnout was only 42.5%, the lowest in the history of the Islamic Republic.

On Monday, Khamenei’s denial was replaced by a flurry of announcements and actions.

About 10,500 drug addicts have been quarantined at treatment centers in Tehran. Speaking with the Governors of Qom and of Gilan Province in northern Iran, President Hassan Rouhani said “all facilities must be mobilized, and efforts doubled to reassure people about their health”.

The regime announced that Rouhani will head a National Headquarters for Managing Coronavirus, which will convene on Tuesday. The President declared that “the disease would be controlled as soon as possible and eradicated with minimal damage”.

But the measures faced the accusation of being too late to contain the virus. On Sunday, four of Iran’s neighbors — Afghanistan, Pakistan, Turkey, and Armenia — closed their borders. Restrictions were imposed by the other three: Iraq, Azerbaijan, and Turkmenistan.

However, Kuwait, Bahrain, Iraq, Oman and Afghanistan each recorded their first cases of coronavirus on Monday. All involved people who had visited Iran.

The UAE announced the cases of an Iranian tourist and his wife on Saturday. Lebanon recorded its first case, a 45-year-old woman returning from Qom, on Friday.

Even as some Iranian officials were declaring measures on Monday, others were trying to divert attention or shift blame.

The head of the judiciary’s High Council for Human Rights derided the US as “murderers of human beings” because of its comprehensive sanctions.

Addressing the Human Rights Council in Geneva, Ali Baqeri-Kani claimed that Washington’s restrictions “prevented the access to medicine and basic needs by those who are in need”.

Foreign Ministry spokesman Abbas Mousavi played down the closure of borders by Iran’s neighbors, insisting that the step is temporary.

Amid the Islamic Republic’s economic problems, his primary concern appeared to be trade: “When the coronavirus was detected in our country, our neighbors also felt concern about the spread of the disease to their countries, which is natural, but this issue should not prevent popular exchanges or exports and imports.”

The conservative outlet Mehr News lashed out at Iran’s neighbors, saying it was they who are covering up the scale of the medical emergency: “These countries always seek to benefit from critical situations, and this time, they are striving to conceal the real truth about their own territory.”