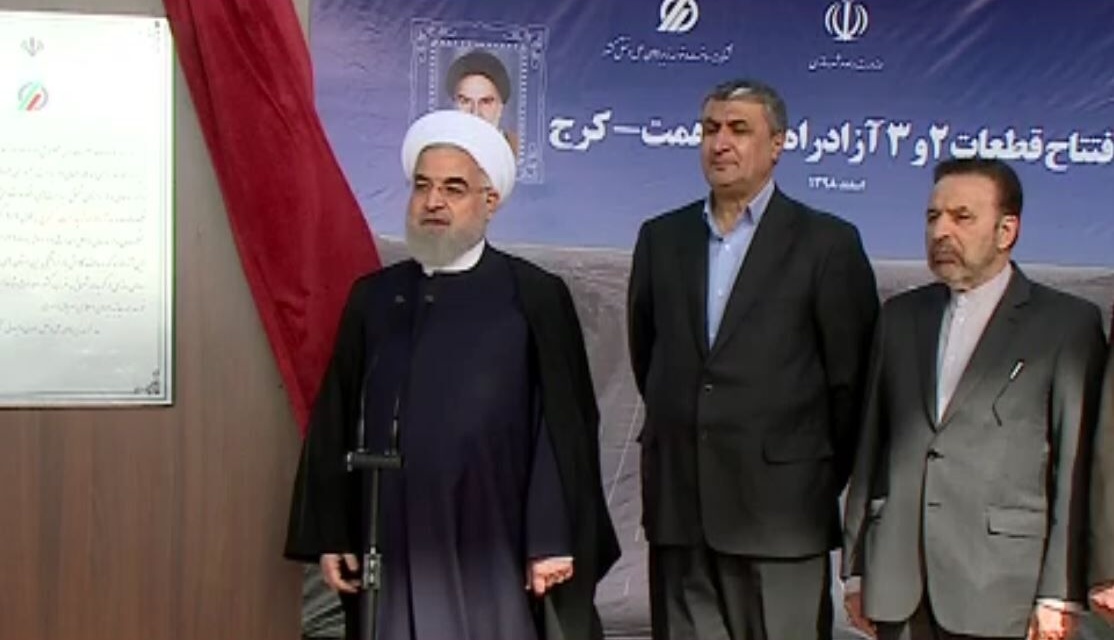 President Hassan Rouhani speaks at the inauguration of the Hemmat-Karaj Freeway, March 17, 2020

At least 1,300 people have died from Coronavirus in Iran, with at least 32,000 hospitalized, according to the Radio Farda website.

The site bases its report on data from comments by provincial authorities and local news agencies, with 30 of Iran’s 31 provinces affected.

Radio Farda’s higher number is based on sources using clinical evidence, rather than confirmed tests for the virus.

“A health worker closely involved with the [National] Coronavirus Combat Taskforce” told Radio Farda on Monday that the actual death toll may be three times the official figure: “Hospital reports based on clinical manifestations rather than the virus test, including CT Scan results, indicate that coronavirus has so far claimed more than 2,000 lives across the country.”

At the outset of the outbreak, as the Supreme Leader said fear of Coronavirus was a “Western plot”, Iran’s officials played down reports of deaths. It was only at the end of February, after a MP in Qom — the epicenter of the virus — claimed 50 fatalities and 250 cases, that the Health Ministry began giving regular figures.

Radio Farda’s sources in the Health Ministry said that at least 200 people have died in Tehran Province alone.

A Health Ministry spokesman tweeted that the central province of Qom has the highest rate of infection, followed by the provinces of Semnan in the north, Markazi in the center, and Mazandaran in the northeast.

Inaugurating a motorway on Tuesday, President Hassan Rouhani said, “People will overcome difficulties and problems next year [beginning March 21], that they experienced in the current year, with their unity and amity.”