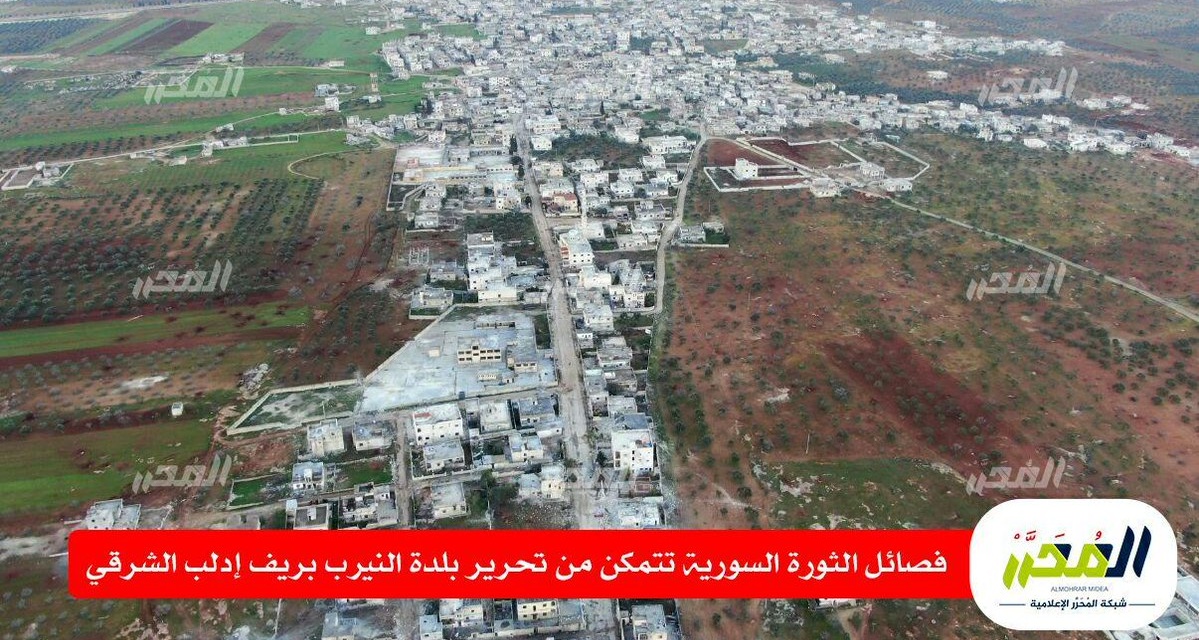 An aerial view of Nayrab in Idlib Province in northwest Syria, retaken by Turkish-supported rebels, 24 February 2020

In their first significant advance after Turkish frontline intervention in northwest Syria, anti-Assad forces have reclaimed a town in Idlib Province from Russia and the Assad regime.

The Syrian National Army regained Nayrab, between Idlib city and Saraqeb, from pro-Assad occupiers after fierce battles on Monday.

Defying the warnings of Turkish President Recep Tayyip Erdoğan, Russian airpower and ground advisors enabled pro-Assad fighters in the seizure of Nayrab last week. On Thursday, Turkish infantry joined rebels on the frontline for the first time in attacks that scattered the occupiers; however, Russian bombing prevented the anti-Assad troops from taking the town.

There was no sign of Turkish infantry in yesterday’s advance. Russia bombed Nayrab overnight in an attempt to dislodge the rebels.

In late January, Turkish President Recep Tayyip Erdoğan finally criticized Russia by name over the 10-month offensive, shattering a Russian-Turkish “de-escalation” zone, that has seized almost all of northern Hama Province and part of southern Idlib. He demanded that egime forces withdraw from Idlib by February 29.

But Moscow pushed back the warnings as the offensive moved into Saraqeb, at the junction of the Damascus-to-Aleppo M5 and cross-Idlib M4 highways. Turkey then sent reinforcements to a ring of 12 observation posts, surrounded and rendered ineffectual by the offensive.

The Russian-regime attacks have killed more than 1,800 civilians, wounded thousands, and displaced more than a million.

Turkey, which hosts more than 3.6 million Syrian refugees, closed its border in 2016. Increasingly concerned about the crisis around the displaced, Erdoğan said last Wednesday, “Frankly speaking, the Idlib operation is a matter of time. Turkey will not leave Idlib to the Assad regime and its backers, who have not comprehended the determination of our country regarding this matter.”

The Turkish President spoke by phone with Russian counterpart Vladimir Putin on Friday, but the Kremlin — which denies any civilians have been displaced by “counter-terrorist operations” — refused any check on the offensive.