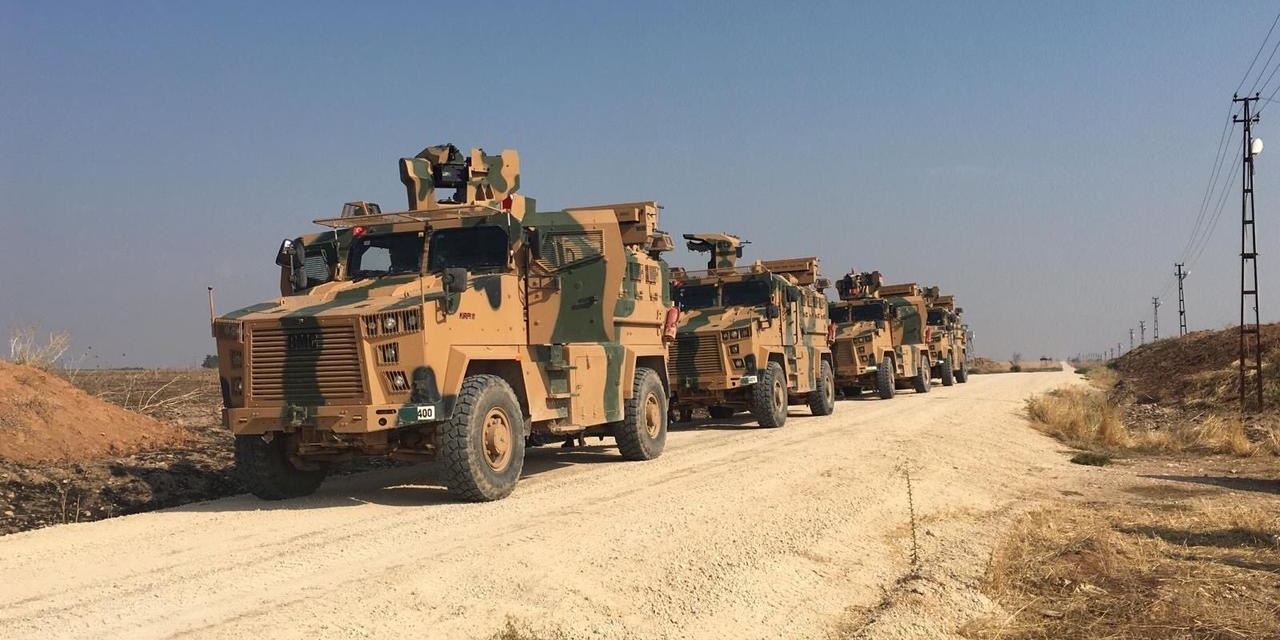 Turkish forces crossed the Syrian border in armored vehicles on Friday, joining Russian troops near the town of Darbasiya. Both countries also carried out overflights during the four-hour mission.

The Turkish-rebel offensive was launched on October 9, three days after Donald Trump endorsed the operation during a call with Turkish President Recep Tayyip Erdoğan and ordered the withdrawal of US troops that had been allied with the Kurdish-led Syrian Democratic Forces.

After the offensive took some territory, Erdoğan and Russian counterpart Vladimir Putin — who has propped up the Assad regime since the Syrian uprising began in March 2011 — agreed on October 22 that their militaries would carry out oversight of the area.

Erdoğan is seeking a zone which is 480 km (270 miles) long and 30 km (19 miles) deep, in the Kurdish cantons of Kobani and Cezire and extending east across the Euphrates River to Iraq. Erdoğan says he hopes to resettle up to 2 million of the 3.6 million Syrian refugees in Turkey in the territory.

The Assad regime has pledged to retake “every inch” of Syria, including the region where Kurdish groups have claimed autonomy. Bashar al-Assad restated in a Thursday interview that he would “liberate the area”, but backed away from immediate operations and accepted the Turkish-Russian oversight.

Turkey is demanding that the Kurdish militia YPG, whom it calls “terrorists” and part of the Turkish Kurdish insurgency PKK, withdraw from the zone. The YPG is the leading element in the Syrian Democratic Forces, created in October 2015 by the US to remove the Islamic State from northeast Syria.

A Turkish official said four Russian vehicles and a drone were involved in Friday’s patrol, in an area between 40 km east of Ras al-Ain — occupied by the Turkish-rebel offensive after YPG’s departure — and 30 km west of Qamishli. He claimed a YPG “explosives workshop” was destroyed, “over 400 mines and improvised explosive devices and a bomb-laden vehicle have been neutralized in the operation”, and 75 rockets were detonated to prevent their use.

He said there were no clashes with Assad regime forces.

The official said future patrols will be farther along the border, with drones ensuring a full YPG withdrawal.