So You Want to Make Your Own Bond Film…. 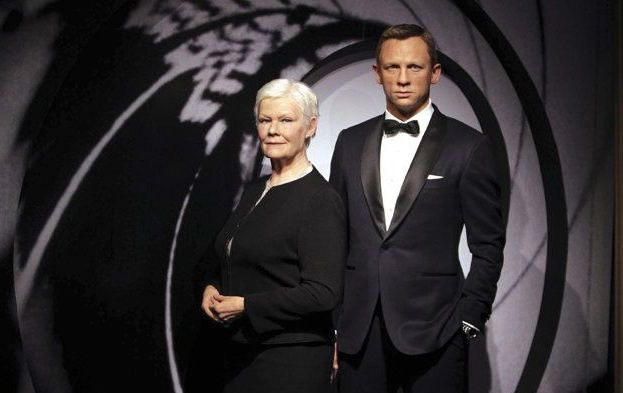 Do you fancy yourself the screenwriter of the next James Bond film?

As part of the University of Birmingham’s Future of Society Festival, which begins today and runs through next Saturday, a panel will consider how the films have maintained their relevance amid gender politics, geopolitics, and popular culture.

Then it’s your turn to create a storyline based on the topics in the movies.

The session is on Monday from 6 to 8:30 pm in Dirty Martini in the Birmingham city center.

Typically, when people consider the Bond girls, what springs to mind are scantily clad women acting as props for 007 — commodities to be consumed and discarded. One of the first Bond girls, Zena Marshall, asked Dr. No director Terence Young “what sort of girl is she?” when preparing for the role of Miss Taro. Young replied “the sort of woman that men dream about, but don’t exist.” It is perhaps no surprise, then, that Bond has become a target of the #MeToo era, with headlines such as “Time’s up for James Bond”.

However, despite Bond’s reputation, there is a clear evolution in the depiction of gender roles through the franchise. We reviewed all 24 Bond films and found that, despite popular views on Bond girls representing outmoded and overtly sexualised female stereotypes, the evolution of the Bond girl can help us understand broader gender politics as they have changed since the 1960s.

Just as the Bond films have kept in line with developments on geopolitics and broader popular culture, the portrayal of women has developed in line with gender politics. The early films such as the first feature, Dr. No, clearly reflect the way in which women were written about in the source novels of Ian Fleming: they were “objects of to-be-looked-at-ness”. The original Bond girl, Ursula Andress, emerged from the sea in her now iconic bikini, the Honey Ryder character gazed upon by Sean Connery’s Bond.

As feminism gained more influence, the role of women shifted. Bond “girls” received more screen time as the franchise progressed and by 1979, Moonraker showcased Lois Chiles as a scientist rather than a mere fantasy figure. Ten years later Licence to Kill saw Carey Lowell as leather-clad gunslinger Pam Bouvier, who was physically superior to the men that she fought on screen. However, character Pam is not just brawn; she uses her skills as a pilot as well as her fighting abilities. By 1998, Michelle Yeoh’s character Colonel Wai Lin in Tomorrow Never Dies was a woman capable of doing anything that Bond could, and was by no means subservient to 007.

Making our way through the films that span 57 years, we can map the portrayal of women to the waves of feminism. However, just as the plots of the films do not follow a linear progression, the characterization of women in the Bond films is not entirely progressive either. Scenes such as Halle Berry’s Jinx emerging from the water is reminiscent of Ursula Andress’ as Honey Ryder (later re-enacted by Daniel Craig as Bond in Casino Royale, withthe male body could equally an object of “to-be-looked-at-ness”).

But, while in earlier films, James Bond’s sexist treatment of women was tolerated or admired, he is admonished by a female boss in the form of Dame Judi Dench who calls him a “sexist, misogynist, dinosaur, a relic of the Cold War” in Goldeneye. While by no means creating a feminist ideal, the producers successfully diffuse sexist criticism by voicing it through the female authority figures. Dench’s casting as M was not a radical act of feminist fantasy but followed real-life events: Dame Stella Rimmington was director of the British domestic intelligence service MI5 from 1992 until 1996, a year after Dench took up the role.

In this way, the Bond films have moved with the times. It is worth noting, however that they do not challenge the status quo, suggesting that despite media intrigue about a possible female Bond, this is unlikely to play out in the recent future.

As debates on women in film and wider society continue to circle around representation, sexual exploitation, and equal pay, it is worth noting that gender inequality in pay has not always been so. In 1968, Diana Rigg was paid more than the second Bond, George Lazenby, for her role in On Her Majesty’s Secret Service. As women are still struggling to gain equal pay in the current Hollywood system, we can learn a lot from looking at the Bond films — the path to equality is not a straight line