Syria Daily: Assad — I Must Take Northeast From Kurds (Eventually) 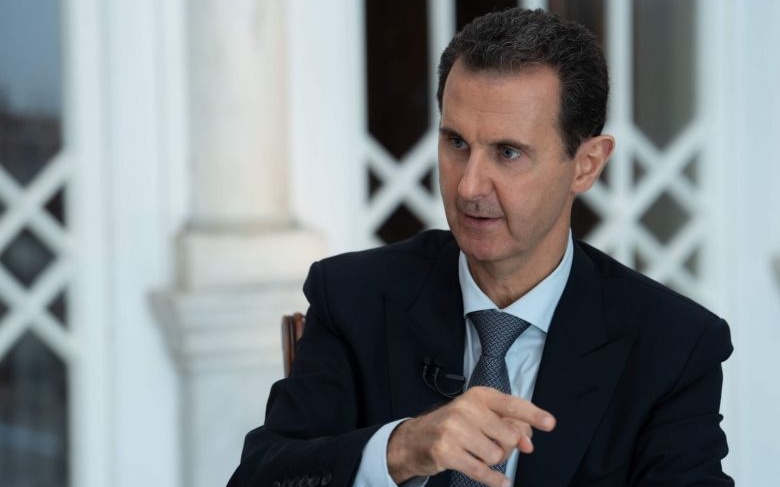 In an interview with Rossiya-24 TV on Friday, Lavrov said about the issue of Kurdish autonomy, “This is a much broader issue than just in the dimension of the Syrian crisis.”

He pointed to tensions over the position of Kurds in Turkey, Iraq, and Iran: “Nobody wants this region to explode over tensions around the Kurdish issue, and no one wants the Kurds to feel like they are secondary citizens.”

The Foreign Minister insisted that Russia has created conditions so all can “agree on the Kurds’ fate in Syria calmly rather than in pauses between combat actions”.

In an interview with regime media, Bashar al-Assad says he must take control of northeast Syria from Kurdish groups — but pulls back from any achievement of his goal in the near-future.

Facing not only Kurdish declarations of autonomy but also a Turkish-rebel offensive which has taken part of the area, Assad repeated his insistence that the regime will regain “every inch” of Syria after 103 months of conflict.

However, Assad appeared to step back in the face of Russia, the essential backer of his regime, joining Turkey in joint military oversight of a 480-km (270-mile) long and 30-km (19-mile) zone along the Turkish-Syrian border. He said he expected the regime’s reimposition of control to happen gradually.

Playing up to Moscow, Assad said last week’s agreement between Russian President Vladimir Putin and Turkish counterpart Recep Tayyip Erdoğan over the zone, across the Kurdish cantons of Kobani and Cezire, is a “positive” step: “It might not achieve everything….It paves the road to liberate this area in the near future, we hope.”

Assad’s interview was posted a day after Syrian State media headlined that regime forces clashed with Turkish troops and Syrian rebels near the border town of Ras al-Ain.

But in a further step back, Assad said Kurdish militia will not be asked to hand over arms if regime forces enter their areas: “There are armed groups that we cannot expect they would hand over weapons immediately but the final goal is to return to the previous situation, which is the complete control of the state.”

The commander of the Kurdish-led Syrian Democratic Forces, Gen. Mazloum Kobani, has said an agreement with the regime over northeast Syria is possible; however, at this stage regime troops will only be deployed in SDF-held areas to block Turkey’s drive for a “safe zone” extending across the Euphrates River and east to Iraq.

Assad: I Can’t Get Rid of US Troops

Assad also conceded the limits on his ambition when he said that US troops could not be removed from Syria soon, despite Donald Trump’s order for withdrawal.

Trump’s order, made after a call with Erdoğan on October 6 in which he endorsed the Turkish-rebel offensive, has been pushed back by the Pentagon. Using the rationale that Kurdish-held oilfields must be protected — and thus kept out of the hands of the Assad regime as well as Russia and Iran — the US military is keeping hundreds of personnel in the country.

The measure ensures that the US alliance with the SDF, established in October 2015 to remove the Islamic State from northeast Syria, is not broken by Trump’s command.

Assad said the retention of the US troops in areas “where [Kurds] have the oil” proves the US is a colonial power. He praised Trump for being “transparent” about the American aims.

Assad tried to turn the Turkish people against Erdoğan, declaring the President an “enemy” who may be overthrown, while appealing to the populace, “We must ensure that we don’t turn Turkey into an enemy and here comes the role of friends.”

On Turkey, Assad said what many still don’t get: Erdogan is not Turkey

He said most Turkish parties & many in army/security are against Erdogan’s position on Assad.

He also said Erdoğan will accept him once he comes under domestic/international pressure.

Erdoğan survived a coup attempt by part of the Turkish military in July 2016.