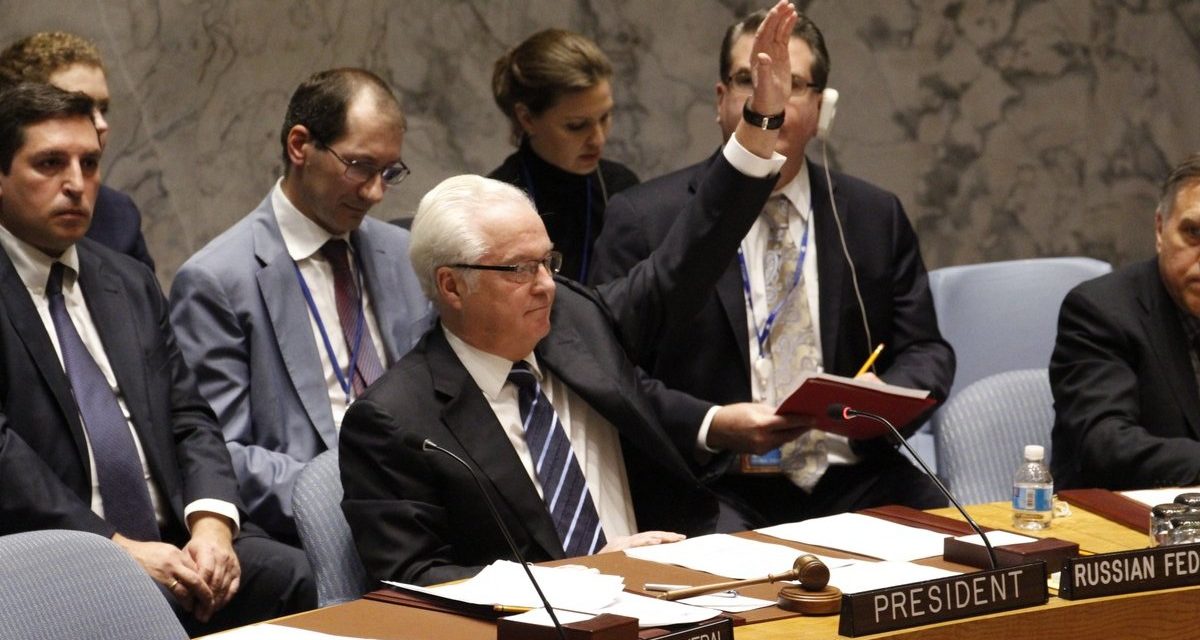 Video: From Aleppo — “They Are Trying to Exterminate My Neighborhood” 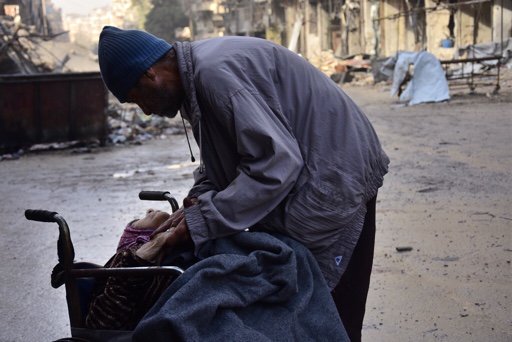 360-degree video of the devastation in east Aleppo:

A reporter for US ABC News comments as he tours areas taken over by pro-Assad forces:

Never seen destruction on this scale anywhere. Mile after mile as you drive across #Aleppo. https://t.co/YCOeHpzwqq

UPDATE 1415 GMT: Reports are circulating that pro-Assad forces, regaining the initiative after a brief rebel counter-attack, have captured the al-Sha’ar district in eastern Aleppo city.

The advance means that the foreign forces and regime army and militia occupy about half of opposition territory, including almost all north of the Aleppo Citadel.

The pro-Assad offensive has also regained all areas lost in the rebel counter-attack on Monday.

A Dutch reporter passes on a message from a pro-opposition journalist and activist:

Just received audio from E Aleppo:"It's all correct, unfortunately, all went, we used all the munition & weapons, all went now, we will die"

A Russian officer pins a medal on a commander in the Syrian military’s intelligenceb branch: 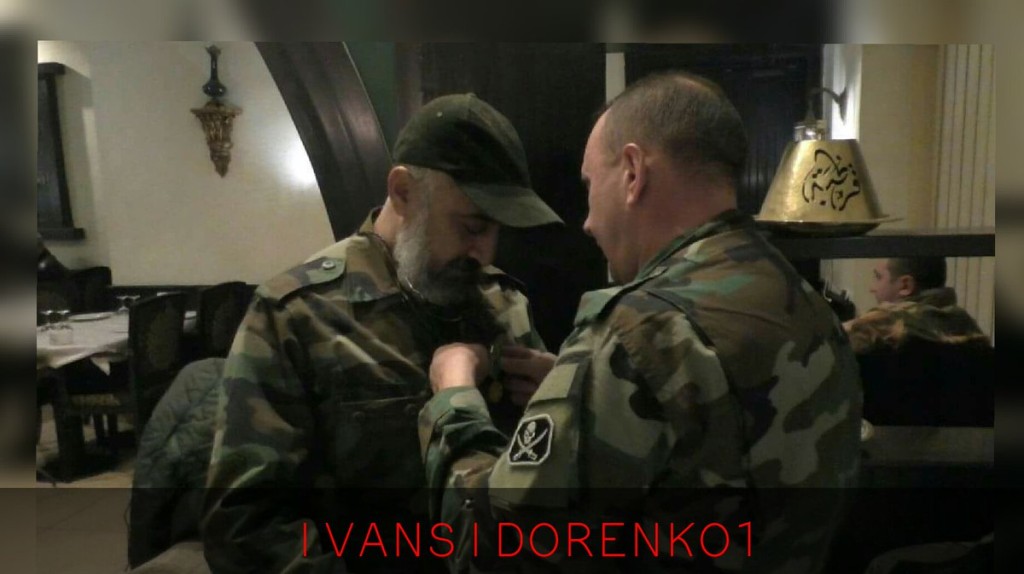 UPDATE 1500 GMT: Russia has retreated from its claim of consultations with the US for an agreement over eastern Aleppo city.

Russian Foreign Minister Sergei Lavrov confirmed that talks will not proceed in Geneva on Wednesday, with a view to departure of all rebels from opposition districts.

Lavrov insisted that the US that “Washington abruptly withdrew its own proposal”, but the State Department had said on Monday that it knew of no discussions beyond technical talks.

The Russian Foreign Minister maintained, “They have withdrawn their document and have a new one. Our initial impression is that this new document backtracks, and is an attempt to buy time for the militants, allow them to catch their breath, and resupply.”

UPDATE 1400 GMT: The Assad regime has followed Russia’s lead in the rejection of any ceasefire for Aleppo unless there is a complete surrender by rebels:

Syria stresses that it won’t leave its citizens in eastern Aleppo in the terrorists’ captivity and will make every effort to release them, and therefore rejects the attempts of any side to call for ceasefire in eastern Aleppo if it envisages no guarantees of withdrawal of terrorists from there.

ORIGINAL ENTRY:Russia and China have vetoed a UN Security Council resolution for a seven-day truce in the besieged and bombarded opposition-held areas of Syria’s largest city Aleppo.

Russian Foreign Minister Sergei Lavrov had signalled before Monday’s vote that Moscow’s veto would be used, as all “terrorists” to be removed from the city.

The veto allows pro-Assad forces to maintain their offensive that has taken about 1/3 of opposition territory since November 26. Russia and the regime reimposed a siege on the area in late August, and Russian-regime aerial attacks have killed more than 1,200 civilians since September 19.

While up to 50,000 civilians are believed to have fled to regime- or Kurdish-controlled territory, more than 200,000 are thought to remain in the opposition districts.

The veto was the sixth used by Russia to block a resolution on Syria since the uprising began in March 2011. China has joined Moscow on five occasions.

“These kinds of pauses have been used by fighters to reinforce their ammunition and to strengthen their positions and this will only worsen the suffering of civilians,” Russia’s UN Ambassador Vitaly Churkin asserted.

Moscow’s line is now that it will speak with the US about the removal of all rebels from eastern Aleppo city. The Russians say the discussions, begun last week between US Secretary of State John Kerry and Lavrov, will continue in Geneva on Tuesday or Wednesday.

While Kerry has ended his ban on discussions with Moscow — proclaimed in October amid the Russian-regime siege and air assault — the US maintained its public condemnation in the UN. Deputy Ambassador Michele Sison said:

That is a made-up alibi. We have not reached a breakthrough because Russia has been more focused on preserving its military gains than helping Aleppo’s citizens.

We will not let Russia string along this Security Council while waiting for a compromise from the Russians that never seems to come.

State Department spokesman Mark Tonerpushed back the Russian claim of discussions in Geneva: “Technical talks [are] taking place this week, but we don’t have anything to confirm at this point.”

Toner added, “There’s a moderate Syrian opposition that should not and does not deserve to be bombed into submission.”

White House Press Secretary Josh Earnest said the aerial assault was “disgraceful” but suggested there was little the US can or will do if the regime and Russia forces continue.

British Ambassador Matthew Rycroft said, “(Russia and China) have chosen to veto not because of a lack of consultation, but because of their long-standing, misplaced faith in a despot who has killed nearly half a million of his own people.”

The rebel bloc, recently reorganized, proclaimed an “Anger of Aleppo” counter-offensive. The National Eye Hospital and the Qaterji, Myassar, and Karam al-Tahhan areas were reclaimed.

Pro-Assad forces had appeared to be on the verge of taking all opposition territory north of the Aleppo Citadel.

Intense fighting was also reported in the Old City, which has long been split between the regime and opposition.

Two Russian medics were killed and one wounded as rebels shelled a mobile base. Mortars and rockets were also fired on other regime positions, as well on the Nubl and Zahra villages north of Aleppo.

Aftermath of the attack on the Russian base:

The place where a #Russia|n doctor was killed with two others,is a military base in general garden,not a hospital or medical center. #Aleppo pic.twitter.com/hBn3RFSNiK

Meanwhile, Russia continued its airstrikes across Idlib and western Aleppo Provinces — incendiary munitions are dropped on Taftanaz in Idlib Province:

State media claimed on Tuesday that two people were killed and six children wounded by rebel rocketing of al-Fu’ah and Kafraya, north of Aleppo.