Syria Video: From Aleppo — “They Are Trying to Exterminate My Neighborhood” 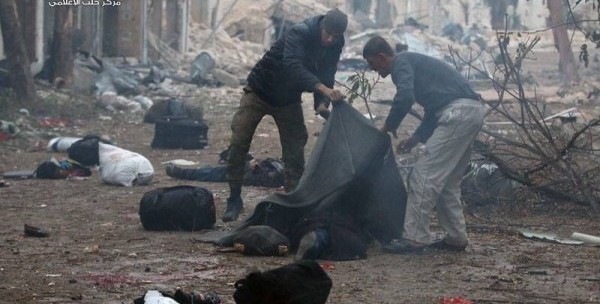 Abdul-Kafi al-Hamdo, a professor and East Aleppo resident, speaks with Al Jazeera about the current situation in the besieged and bombarded area:

Hamdo is also a friend of Fatemeh al-Abed, whose Twitter account — run on behalf of her 7-year-old daughter Bana — was a prominent source about life in east Aleppo until it was closed down days ago, following the damaging of the family apartment by a regime airstrike.

The professor has also been using Twitter to provide updates.

Our house was destroyed. We moved to another and was targeted also. We are ok now. Thanks for asking.