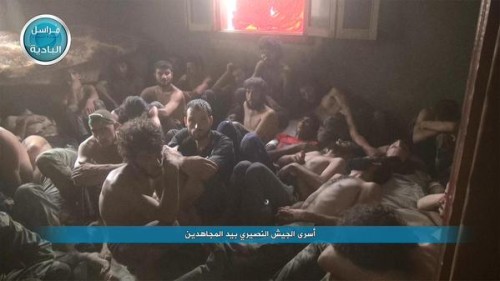 Syria & Beyond Feature: How to Help Refugees
Syria Analysis: A British Strategy on the Way?

UPDATE, SEPTEMBER 11: A tour of the captured Abu Duhur airbase:

Abou Fadel had said late Wednesday that only 18 of about 300 defenders had avoided death or capture. 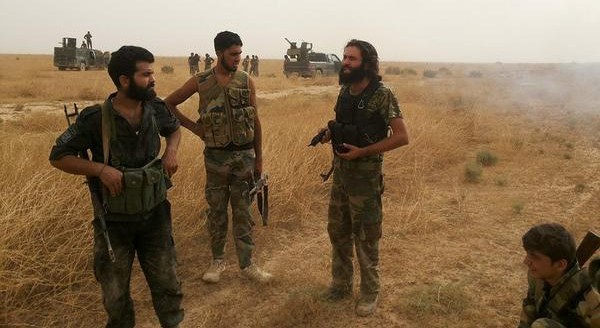 ORIGINAL ENTRY: After losing one of its last bases in northwest Syria, the Assad regime is at risk of another in the northeast.

On Wednesday, rebels captured the disused Abu Duhur airbase in Idlib Province after surrounding it for two years.

Initially, the Islamist faction Jabhat al-Nusra, which fought alongside the Jaish al-Fateh coalition in the takeover, said at least 100 regime troops — of about 300 said to be in the base — had been killed while at least 60 had been captured. Pro-Assad accounts insisted that most of the men had escaped, apparently trying to reach regime lines to the south in Hama Province.

However, the pro-regime Al-Masdar News, citing an unnamed Syrian military source, later admitted that almost all the regime fighters had been slain or caught:

Video has also been posted of slain defenders, many of whom are not in military uniform.

Islamic State supporters said at least 90 regime troops had been killed, and some accounts claimed that the militants had taken 1/3 of the base near its southern entrance. Pro-Assad outlets maintained that fighting is ongoing.

The regime defense has been hindered in both Abu Duhur and Deir ez-Zor by large sandstorms preventing the Syrian Air Force from bombing missions.

The Islamic State and Syrian military have long split control of Deir ez-Zor city, near the Iraqi border, and the surrounding area. The militants have launched periodic attacks on the airbase through the spring and summer.

Pro-regime activists dismissed the loss of Abu Duhur yesterday, saying the position was not “strategic”. In contrast, they are declaring that Deir ez-Zor is essential — if access to Iraq is to be maintained — and that it will be held by the Syrian military.

After months of diplomatic maneuvers, the UN Security Council has approved an investigation of chemical attacks, diplomats said on Thursday.

The inquiry by the UN and the Organization for the Prohibition of Chemical Weapons had been delayed due to objections by Russia, which raised technical issues such as the financing of the probe and wanted to expand it to include alleged attacks by the Islamic State in neighbouring Iraq.

Aftermath of an Islamic State bomb near Azaz, in northwest Syria close to the Turkish border:

The Islamic State has been putting pressure on rebel-held territory throughout northern Aleppo Province.

Western states have provided counter-terrorism training in Syria to Kurdish security forces battling Islamic State, according to the the head of the forces.

Ciwan Ibrahim, head of the Asayish, said more than 450 members received training in the north of the country in the last few months:

We appeal to all powers and neighboring states: Rojava needs support in training, equipment and technology.

The Asayish were created in 2012 as part of the development of a Kurdish security apparatus.

Israeli Defense Minister Moshe Ya’alon has claimed that “hundreds” of troops from Iran’s Revolutionary Guards have been deployed to assist the Hezbollah-regime offensive against Zabadani in Damascus Province.

Hezbollah and the Syrian military have tried for more than two months to capture the town, 31 km (19 miles) northwest of Damascus. Their hopes for a quick victory, countering rebel advances elsewhere in Syria and consolidating a buffer zone from the Lebanese border to Damascus, have been frustrated by rebel resistance.

Ya’alon told Israeli reporters and the Associated Press that the Iranians have been deployed in recent days.

Iran’s Revolutionary Guards have been deployed throughout Syria, but primarily as commanders and officers for Syrian units. Iran has also supported Iraqi militias and brought in Afghans to bolster President Assad’s forces.

Ya’alon also told the reporters that Russia had sent in troops: “As far as we understand, at this stage we are talking about a limited force that includes advisers, a security team and preparations for operating planes and combat helicopters.”