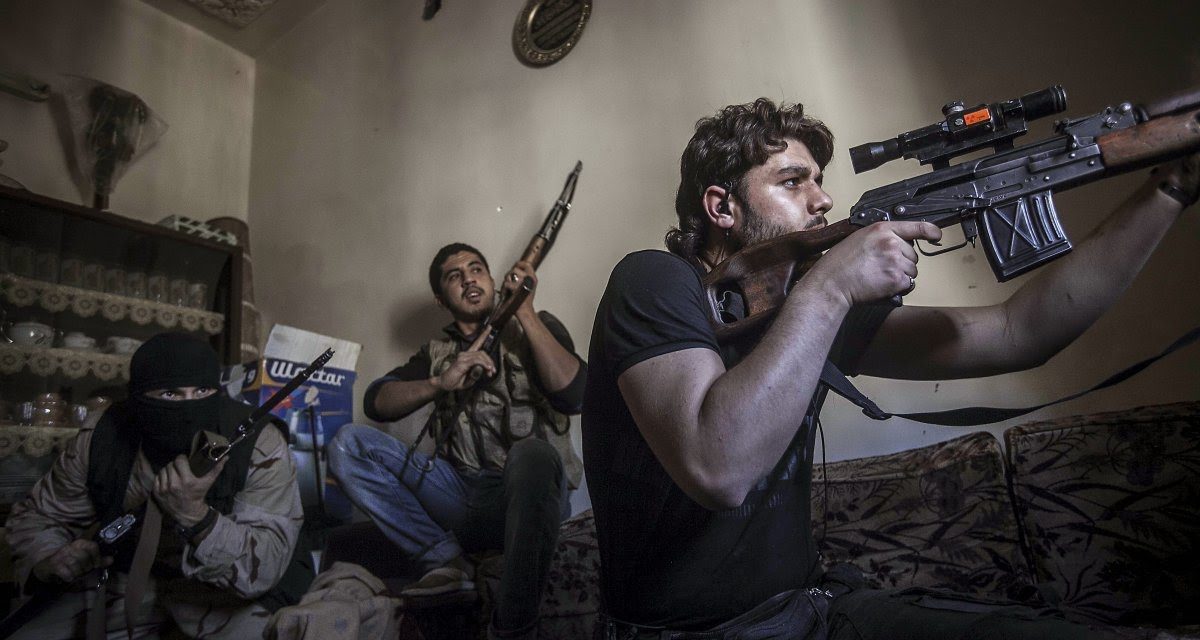 The military situation in Aleppo Province in northwest Syria has been in flux for months. The regime has been trying to cut off rebels in their areas of Aleppo city, but the opposition has withstood the effort and even regained some territory in the past month.

Meanwhile, the rebels have tried to extend their control of the countryside, attacking the regime enclaves of Nubl and al-Zahraa, north of Aleppo city.

The opposition has also been facing the threat of the Islamic State, which was attacking them in the northeast of the province until recent setbacks for the jihadists after their failure to take the Kurdish center of Kobane.

All the while, the Syrian air force has continued its deadly bombardment throughout the province, killing hundreds since the start of the year with barrel bombs and other explosives.

EA interviewed Saeed Mansour, spokesman of the Revolutionary Forces of Syria Media Office, about the latest military situation in an e-mail exchange this week:

The battlefield situation in northern Aleppo appears to have been fluid for months. Daesh [the Islamic State] are present in strength in areas. The regime is holding on to positions such at Nubl and al-Zahraa, while pressing on the corridor to opposition-held East Aleppo. However, you recently gained or re-captured ground from the regime.

Is it possible to say that anyone is “winning”?

I don’t think it is possible to say that any specific group is winning in Aleppo.

See also Syria Exclusive: Interview with the Islamic Front, The Largest Bloc in the Insurgency

Are you fighting mainly Syrian Army troops and National Defense Force militias, or does the majority of regime forces consist of foreign fighters from Iraq, Lebanon, Iran, and Afghanistan?

The Free Syrian Army is mainly fighting pro-regime foreign militias. The Assad regime is using those militias in frontlines such as Handarat, al-Breij, Nubl and al-Zahra’a.

How do you assess the military situation?

Recently there has been many changes on the ground, mainly the liberation of Kobane [the Kurdish center near the Turkish border which repelled a four-month Islamic State attack] and the formation of al-Jabha al-Shamia’a (rebel bloc Sham Front), which has had some successful battles against the regime in the city of Aleppo.

Claims have circulated that the insurgency has problems in the Azaz region, both because of fighters who have defected to Daesh and because of men who are sympathetic to Daesh. How serious is the threat?

I don’t think people are sympathetic with ISIS [Islamic State] in northern Aleppo countryside. On the contrary, people are more aware of their agendas. The FSA is restructuring its operations room to avoid any problems.

Daesh has been attacking you near Marea in northeast Aleppo Province, causing an immediate threat and threatening to divert you from challenges to the Assad regime’s forces. How serious is the current Daesh challenge in this area — and did the events in Ayn Al Arab/Kobane affect this front?

Do you anticipate other strategic Daesh withdrawals to bolster their strongholds, such as a retreat from Dabiq to al-Bab?

They are not only moving around northern Aleppo countryside, they are also withdrawing towards Raqqa.

Much of the western media is portraying the insurgency in northwest Syria as one which is dominated by Jabhat al-Nusra. What is the relative strength in manpower of Jabhat al-Nusra and other factions in Aleppo Province?

This is difficult to estimate.

What is the relative strength in weaponry?

Accurate and reliable information on this subject is very difficult to get.

Is there co-operation on the battlefield between FSA and Jabhat al-Nusra? Is there co-ordination through an operations room?

Both are present in operation rooms only to coordinate the military situation. If they are on the battlefronts then it’s only for combating the regime and ISIS.

How serious are the reported tensions between Jabhat Al Nusra and your forces, like the conflict with Harakat Hazm? Did the fighting between Jabhat al-Nusra and the Syrian Revolutionary Front, led by Jamal Maarouf, affect any relationship you have with JAN?

We are the Revolutionary Forces of Syria Media Office, and not a military organization. We have strong ties to the FSA and other opposition groups, and we highlight their activities and put a spotlight on our common cause.

However, it should be known that the Hazm movement has joined “Sham Front” and this put an end to the tension with Jabhat al-Nusra.

What is the status of the Sham Front as a command structure and on the battlefield?

Al-Jabha al-Shamia’a (Sham Front) has united the major FSA factions in Aleppo who are in command of battlefields in different fronts of the city and its countryside.

Earlier this month there was a sustained attack on regime positions in and near Nubl and al-Zahraa. Was there any involvement by factions other than Jabhat al-Nusra in the fighting?

The FSA has participated in most attacks on the two regime camps.

Did the operation fail because territory was not held in Nubl?

Regime aircraft heavily bombed the surroundings of the two camps.

Is there the prospect of a renewed attempt to capture both regime camps?

There will be operations to take these camps when the time is right.

How much danger do these heavily fortified regime positions pose to the rebel supply lines to Aleppo city?

In the current situation they don’t pose any threat.

Has the regime attempt to seize the Handarat area, cutting off access to eastern Aleppo, been broken or do you anticipate a further regime offensive in the area?

The Assad regime has carried out several attempts to advance in Handarat front but in vain. The FSA gained more ground from the regime in that area. 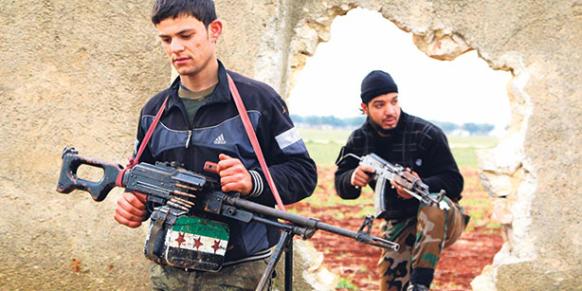 What is the status of outside aid to your units? s there assistance from the US and/or other countries such as Turkey and the Gulf States?

The FSA is receiving support from the Friends of Syria group [of outside countries], such as TOW missiles and ammunition. The FSA needs sophisticated weaponry, mainly anti-aircraft defense systems to target the regime’s brutal air force.

Some observers have said that, whatever the situation on the battlefield, the insurgency is fragmented because there is no coherent political leadership. Is this a fair assessment?

The new president of the Syrian National Coalition is working with the new Minister of Defence to ensure improved coordination between the political and the military leaderships.

After the collapse of the Supreme Military Council, is there any overall military command structure for the rebellion?

The newly appointed Minister of Defence of the Interim Government is developing a plan to unite the different FSA and revolutionary factions into a National Army.

How would you describe the state of the revolution in Aleppo?

I think that the situation in the area is much improved in recent times, and we are hoping to gain further wins in the near-future. 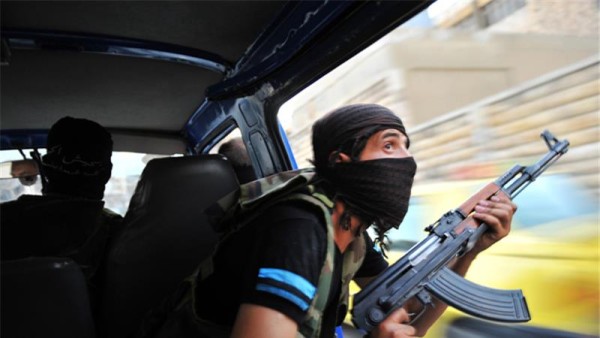