Syria Exclusive: Interview with the Islamic Front, The Largest Bloc in the Insurgency 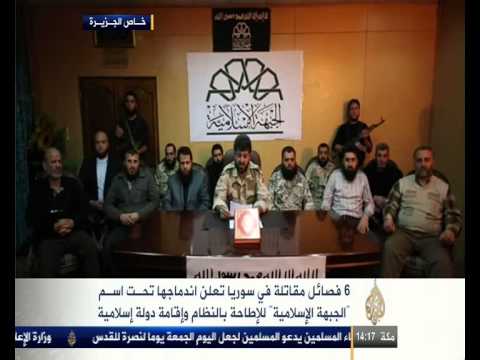 Although most of the Western media’s attention to Syria’s insurgency is on Jabhat al-Nusra — to the point of reducing the opposition to the Islamist group — the largest insurgent bloc is the Islamic Front, formed in November 2013.

Formed from seven factions, some of whom were among the biggest in the opposition, the Islamic Front has the majority of Syria’s opposition fighters. It is prominent in campaigns throughout the country, sometimes fighting along the Free Syrian Army and/or Jabhat al-Nusra.

This week EA conducted an interview by e-mail with Abdurrahman Saleh, an Islamic Front spokesman in Damascus Province and a member of the faction Jaish al-Islam. The discussion covered the latest insurgent operations, relations with other groups including Jabhat al-Nusra, the political situation, and the prospect of cooperation with the US:

What are the objectives of the recently-launched rocket attacks by Jaish al-Islam inside Damascus?

They aimed to deter the regime from attacking civilians in Ghouta [insurgent-held areas of East Ghouta near Damascus].

Which installations/positions were/are being targeted?

Al-Dumayr airport, the tanks battalion in Jobar, security HQs in Kafersouseh, security HQs in Qazaz. It is worth mentioning that the regime positions its military and security forces heavily inside the City.

What types of rockets are being used? Mortars as well?

Have you caused civilian casualties since Sunday? If so, are these necessary “collateral damage” of the operation? How did the Damascenes respond to your curfew?

We have targeted only military positions but the regime has taken advantage of our attacks to bomb civilians mostly with mortars from its security HQs. People in Damascus know the regime well.

Is the rocket operation this week in Latakia Province [in western Syria] linked to the Damascus operation, and what are its goals?

Yes, it is linked to assure the regime that we can target its forces wherever we want. 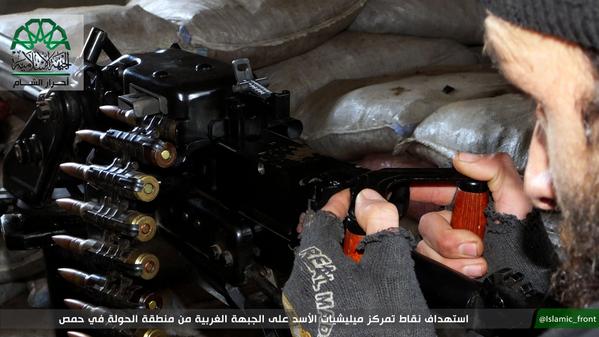 What is the situation in besieged East Ghouta right now with respect to regime bombing and supplies?

People there go through a hard life. There are no UN supplies or international pressure on the regime to open humanitarian supply route for civilians there.

What do you see as the regime’s objectives with the current wave of bombing and airstrikes?

It is part of the four-year-old series of massacres against the Syrian people.

How serious is the situation in Douma, northeast of Damascus?

When it comes to the humanitarian aspect, it is very bad. Many children die of malnutrition.

Do you foresee that residents will demand a “reconciliation” agreement?

What was the cause of recent protests by residents about food and supplies in Douma, and against whom did they protest?

Against the world, which does nothing to force the regime to lift the siege. 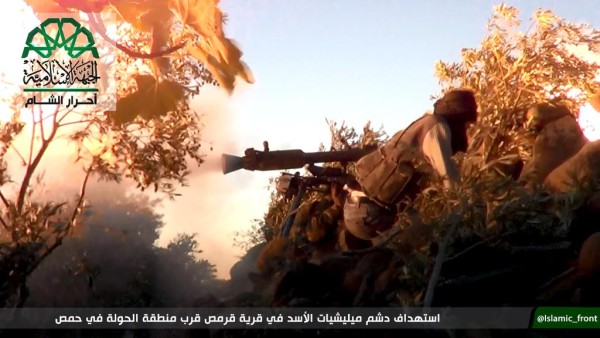 What is the latest situation with respect to the insurgent offensive south of Damascus?

ISIS [the Islamic State] still controls Hajar al-Aswad town, to the south of Damascus, and it tries to attack revolutionary forces in the area.

Do you believe that southern Damascus is now vulnerable to an insurgent offensive? Do you have information of recently-built regime fortifications in the south of Damascus and its fears of an assault by rebels approaching from Dara’a?

Revolutionary forces in Dara’a work on liberating Daraa [Province] and not on opening a route to the capital.

Is there a prospect of an insurgent offensive upon Dara’a city?

This is possible but there are no signs of a plan in this regard.

President Assad told a US magazine last week, “Even today we don’t have a problem militarily”. Can you cause Assad forces a problem?

Assad lost about 60% of [Syrian] territory and 50% of its army and now depends mainly on Shiite militias coming from Iran, Iraq, and Lebanon for the fight. Assad’s army is almost gone. It is composed of Alawite officers and a majority of Sunni recruits who do not believe in Assad and are ready to surrender in any battle.

The Assad regime was collapsing in late 2012 before the intervention of Shiite militias.

How could a military “victory” over regime forces take shape?

By implementing the UN resolution that calls for withdrawal of Shiite militias. 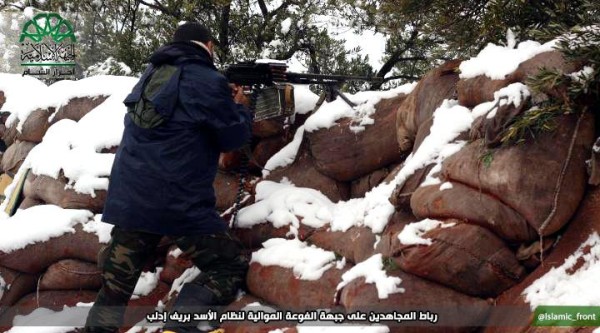 Is there any scenario in which you would agree to political talks with the regime?

We agree to talks that guarantee the toppling of the Assad regime.

I believe that, soon after its inception, the Islamic Front was in talks with the US Government about the possibility of co-operation against the regime, but these talks were not successful.

Have there been any subsequent contacts with the US Government?

Talks were suspended but not rejected because it was during the beginning of the fight with ISIS. We did not want to give ISIS the pretext to accuse us of being agents [of the US].

Do you believe that any working relationship with US representatives against the Assad regime is possible?

Yes, it is possible, but the US should deal with us as revolutionary fighters who have been fighting Assad since late 2011 NOT a newborn militia aiming to resist ISIS. 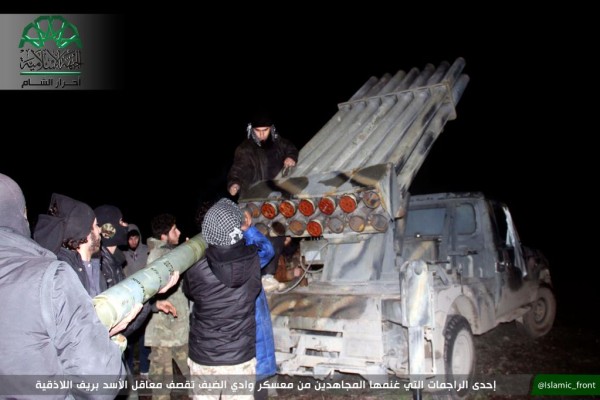 How would you characterize the IF’s relationship with Jabhat al-Nusra?

The Islamic front has a different project and viewpoint both for Syria and the world. There are no joint foundations or objectives between us.

Is there a co-operative relationship on the battlefield?

Yes, there is a limited relationship on the battlefield in some areas.

Is there any discussion with Jabhat al-Nusra of political aims?

No, there is not.

Many US outlets now write of an insurgency dominated by Jabhat al-Nusra. Some talk of a Syria divided between Assad, Jabhat al-Nusra, and the Islamic State. How would you respond to these portrayals?

This is not true. All territories controlled by ISIS or Jabhat al-Nusra were under revolutionary forces’ control. [They were taken] because of the international passivity towards the Syrian revolution.

Many people and groups joined ISIS. ISIS did not come from another planet. Most of its elements are Syrians disappointed with the international community.

How would you characterize IF’s relationship with units of the Free Syrian Army?

A relationship of cooperation and coordination.

How extensive is co-operation on the battlefield?

Is there any discussion with the Free Syrian Army and/or the Syrian National Coalition on political objectives? 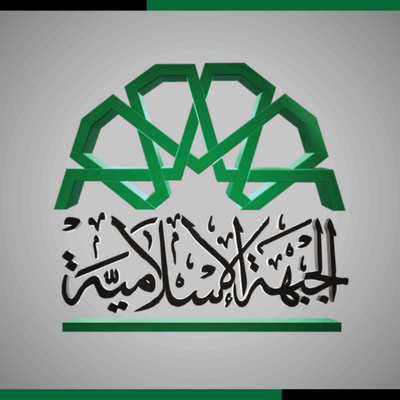