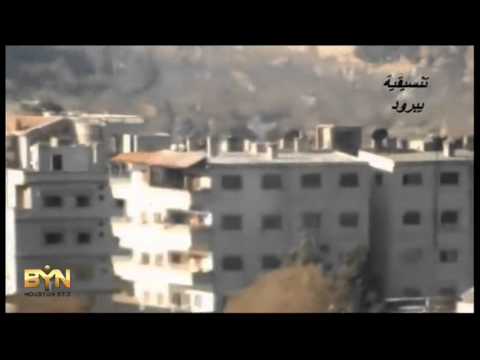 Almost three months after the start of its Qalamoun offensive, to the north and west of Damascus, Syrian forces — alongside Hezbollah — are trying to seize the city of Yabroud.

President Assad’s troops had captured the nearby city of Nabk, northeast of Damascus, in December, but the offensive had made little progress since then.

On Wednesday, reports pointed to a major regime assault, with at least 17 airstrikes, 200 artillery shells,and mortars on Yabroud, and fighting on the ground near the city. The Syrian military claimed the capture of the nearby town of al-Jurajir.

A “senior leader” in the Syrian-Hezbollah operations room said the attack on Yabroud was being launched on six axes around the city, using information from Hezbollah intelligence units.

Hezbollah forces with Volcano rockets advanced from Nabk, taking al-Jurajir en route. According to the commander, the force is made up of veterans of battles in East Ghouta, Idlib Province, and Qusayr, captured by the regime in June 2013.

He declared, “Yabroud will surely take less time (to fall) than Qusayr, which is no more than two to three weeks.”

Taim Al-Qalamouni, a media activist in Yabroud, said tens of thousands of residents have fled the city and the surrounding area in recent days. However, more than 50,000 remain, however.

At least eight residents were killed and many are buried in the rubble of destroyed buildings, according to al-Qalamouni.

The activist asserted that 80% of the attacking force is made up of Hezbollah, alongside about 1,000 Syrian troops.

Homs Governor: Cease-Fire Extended to Sunday for Evacuation of Civilians

Homs Governor Talal al-Barazi said on Thursday that a humanitarian ceasefire in the Old City has been extended for three more days “to allow the evacuation of the remaining civilians”.

Al-Barazi said 1,400 people have been moved since last Friday. Of these, 220 were still detained for questioning by security forces.

Limited amounts of aid have also made it into the Old City, although deliveries have been affected by gunfire and shelling.

Shaam News Network reports that media activist Hani Ridwan Aljbawi, has died in a Jordanian hospital after he was wounded on Wednesday in a regime barrel bomb attack on Jasim in southern Syria. 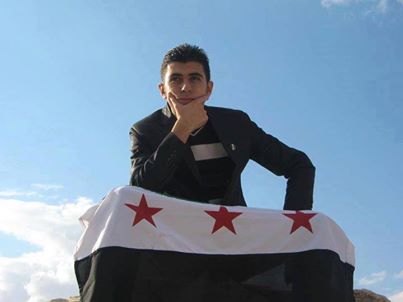 The Local Coordination Committees report 164 people were killed across Syria on Wednesday, including 11 women and 36 children.

Of the deaths, 88 were in Aleppo Province, 33 in Daraa Province, and 23 in Damascus and its suburbs.