Syria: Why US Is Back in Fight with Military Aid to Insurgents 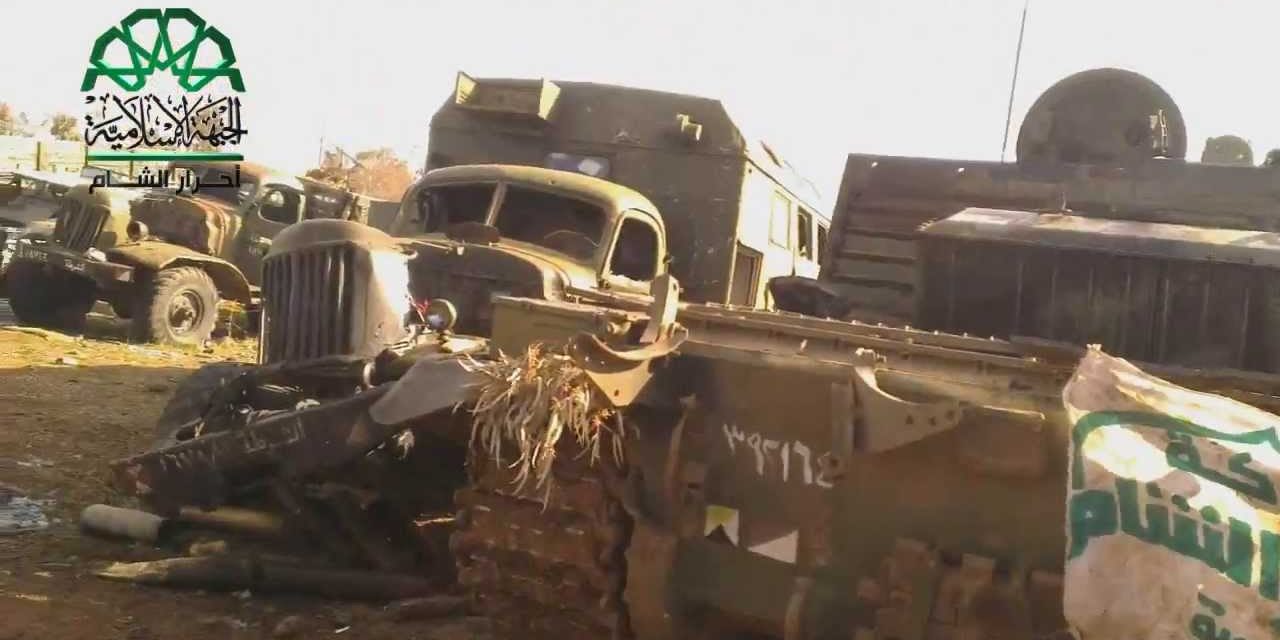 For more than two weeks, we have been noting an insurgent offensive taking territory near Quneitra (see map) in southern Syria.

That advance, however, is only part of the story. The insurgency’s campaign may also mark a renewed involvement by the US in the conflict, with a reconciliation with Saudi Arabia over how to back the opposition fight.

If so, how did this come about — given that Washington for months has pulled back from any military assistance to insurgents, let alone US intervention?

The revelation is tucked away in an article on NOW Syria on Wednesday about the formation of the “Houran Joint Military Operations Command”:

A document…shows 58 brigades now working under the Command, divided by dozens into six subsections of “operations rooms”, all based on geography or “sector”.

Feras, a Syrian rebel source based in Daraa and intimately acquainted with (the offensive), told me that these brigades are all “independent” and unmoored to the Supreme Military Council of the Free Syrian Army, the official U.S.-backed rebel organization which has all but disintegrated over the past several months.

“The weapons all come from the former Soviet states such as Ukraine. They’re being run into Syria with the help of the CIA,” Feras said. “And they are definitely Saudi-purchased.”

That assertion is significant not just for its disclosure of US covert assistance but also of a strategic shift by Washington: for the first time, the US is distancing itself from the Supreme Military Council. Instead, the Americans appear to be seeking a middle way between the Council and the Islamic Front, the leading insurgent bloc which was created — with Saudi backing — in November.

The US, after initially denigrating the Front, tried to establish discussions in December. However, the Front has been reticent, notably over Washington’s insistence that it accept the authority of the Supreme Military Council.

Through the support of “independent brigades” and the effective detachment from the Council, the US can find a way to work with the Front and the Saudis. As Feras says, “So far relations between the Front and the Houran Joint Military Operations Command have remained good.”

The arrangement also means that the US can resume arms shipments, secretly approved by Congress within the last six weeks.

The US weapons supply is still limited, according to Feras: “Only light arms, as before. AK-47s and Red Arrow anti-tank missiles. These shipments are still not enough to make a huge amount of difference – for major battlefield gains, the rebels still rely on hardware confiscated from regime warehouses.”

However, the practical effect — and long-term potential — of the American shift is significant. The US has finally returned to its position of May 2013, when President Obama approved the covert despatch of military assistance.

That decision was complemented in June by the public announcement that aid would be provided to insurgents; however, the Administration balked in the face of resistance from the US military. Instead of stepping up intervention after the Assad regime’s chemical weapons attacks of August 21, Obama stepped back from assistance as he rejected direct US intervention: only “non-lethal aid” would be provided.

That decision led to tension with Saudis who were backing the insurgency, in part fuelling the formation of the Islamic Front in November. The question loomed: would the US, proclaiming that only “moderates” can be backed, pull farther away from Riyadh and the insurgency inside Syria? Would it effectively accept that President Assad would remain in power, after the inevitable break-down of the Geneva II conference?

The answer from the insurgents’ southern offensive appears to be “No”.