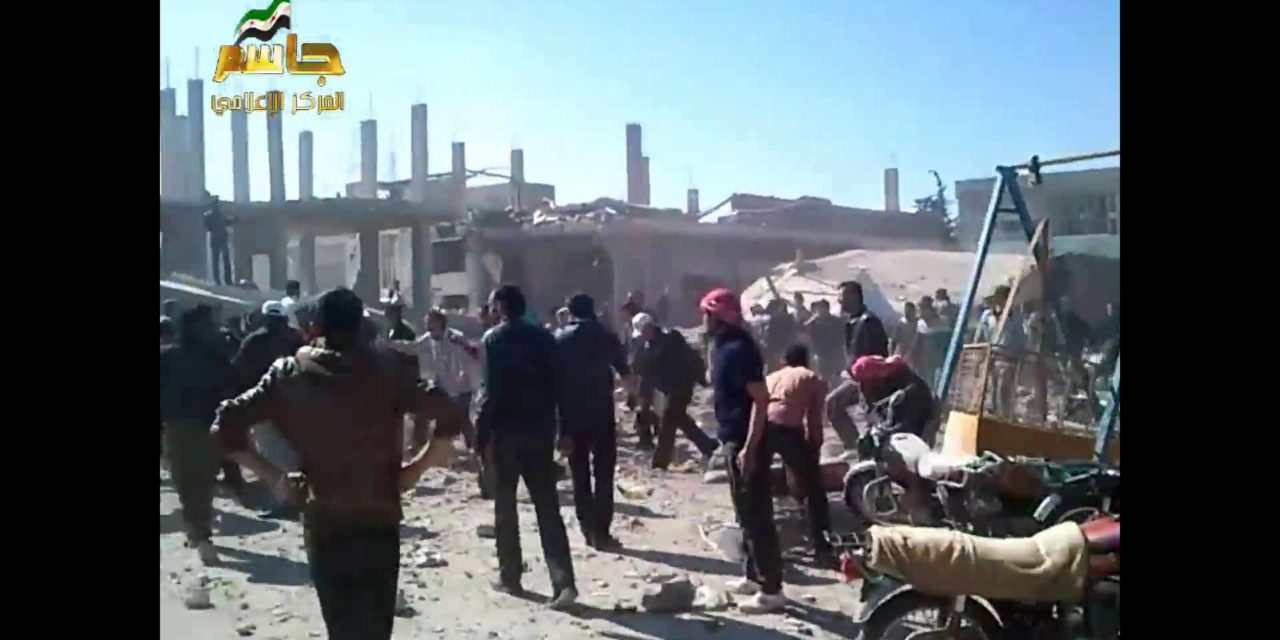 Footage from the town of Jasim in Dar’aa Province on Wednesday shows extensive damage, with videos of field hospitals showing dead and wounded civilians following two barrel bomb attacks. Wednesday’s attacks followed barrel bomb attacks on Jasim on Tuesday. A number of children were among those injured, activists say.

The Syrian military is attacking Jasim after insurgents overran a military barracks, housed in a former hospital, last month. The insurgent pffemsive in the nearby Quneitra countryside has also claimed a number of regime positions.

A Facebook page run by activists in Jasim said that ten civilians died in the attacks. In addition, a media activist, Hani Ridwan Aljbawi, a member of the Syrian Media Center SMC, died after being injured in the barrel bombings. Aljbawi died in a hospital in Jordan.

Activists made this tribute to Aljbawi: 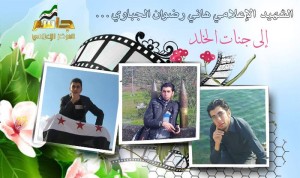 Jasim is a small town north of Nawa and Dar’aa City:

Footage of the attacks and their aftermath (warning: some images are graphic):

Immediate aftermath – civilians attempt to recover bodies from under the rubble:

Victims of the attack (WARNING- GRAPHIC):

Scenes inside a makeshift hospital after the attack (WARNING: GRAPHIC):

A barrel bomb hits civilian homes in Jasim on Tuesday: