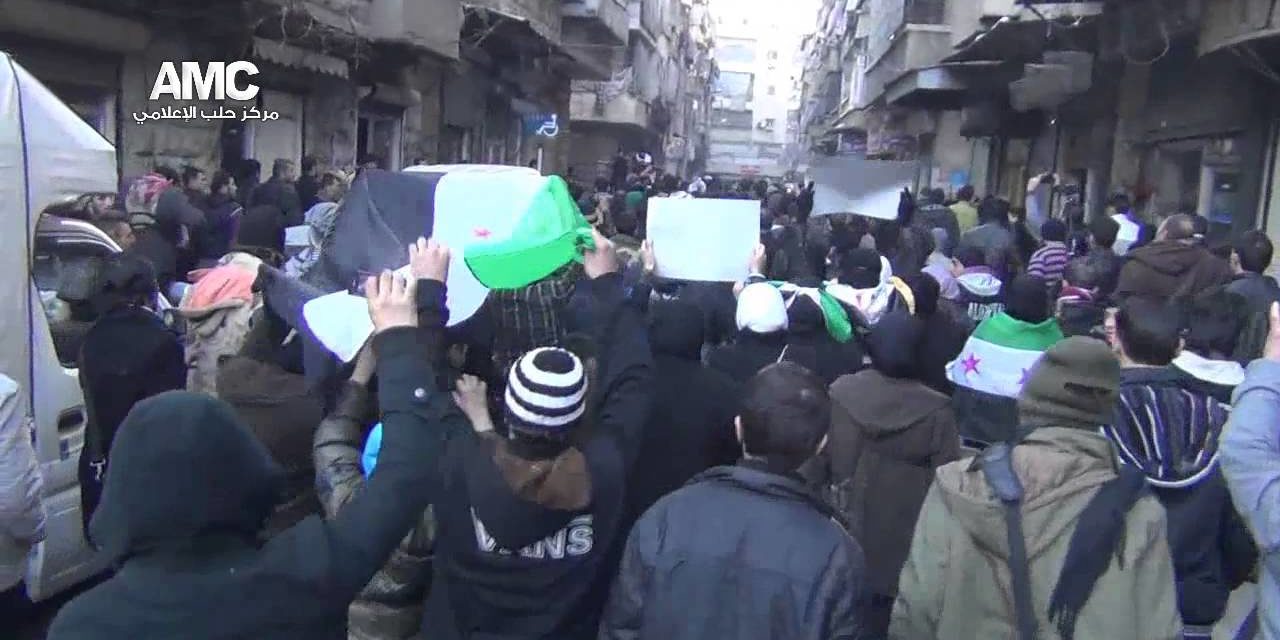 The fighting across northern Syria between insurgents and the Islamic State of Iraq and as-Sham, now in its second week, continued to seize headlines.

By last Wednesday, ISIS had been ejected or withdrawn from most of its positions, including in Aleppo city. However, over the weekend the group appeared to stage a fightback, reclaiming territory in Raqqa — the largest city held by the insurgency — taking a border crossing with Turkey, and carrying out attacks, including bombings, elsewhere. Claims circulated that 100 insurgents from Ahrar al-Sham, captured in Raqqa and near the Turkish border, had been executed by ISIS.

So far, regime forces appear to have made only limited gains during the in-fighting, re-occupying Naqarin near Aleppo, with the prospect of an attack on an industrial zone near the city. The Syrian military is also reportedly trying to open a supply line between Aleppo and the Kweires airbase.

The news in the north has overtaken both regime and insurgent offensives in the south, with little news from the Qalamoun and East Ghouta fronts.

However, attacks have surged in Homs, largely under regime control. Activists reported that up to 100 civilians were killed on Sunday by regime artillery and shelling on the al-Waer district. State media responded that insurgents had slain civilians in regime-held neighborhoods with rockets.

An attempt by the Free Syrian Army and local men to break the siege of insurgent-held areas of Homs failed, with the loss of up to 65 lives.

On the political front, the Friends of Syria international group tried to maintain the prospect of a “peace” conference in Switzerland on January, calling on the Syrian National Coalition to arrange the attendance of opposition groups. However, the Coalition was torn earlier in the week by the issue, with some members resigning, and there was no sign that insurgents would accept the “Geneva II” conference.

In a further sign that the possibility of the conference is diminishing, Russia — which has pressed with the US for the gathering since last April — was conspicuously quiet about the matter.

The prospect of a quick insurgent victory over the Islamic State of Iraq and as-Sham, or even a cease-fire, has been overtaken in the last 48 hours by news of the ISIS fight-back. The prospect, at least for the near-future, is of a continued battle for control of territory, with the likelihood of more bombings and executions.

The in-fighting does not appear — yet — to have significantly assisted the Syrian military in the north and east, although it may have relieved pressure on the areas still held by regime forces. The fight with ISIS has also overtaken recent insurgent gains in the south.

Politically, the prospect for the “Geneva II” conference, scheduled for next week, is still that it will be still-born — if it takes place at all.

What Next For Russia If (When) Geneva II Fails?
Has US Government Finally Accepted Islamic Front?
The Supreme Military Council, Its PR Outlet, & Its Criticism of Obama

Interview: Protests of Kafranbel — Challenging Assad and ISIS
Site Close To Abu Umar al-Shishani “Today They Want to Get Rid of ISIS, Tomorrow Other Mujahideen”
Freed Prisoners Speak About Islamic State of Iraq’s Torture & Executions
A Russian-Speaking Jihadi On Fighting Between ISIS & Insurgents – “The Jihad Continues, We Don’t Care Which Infidels We Fight”