Week Past, Week Ahead: Iran — A Start to Interim Nuclear Deal, But Also Concerns 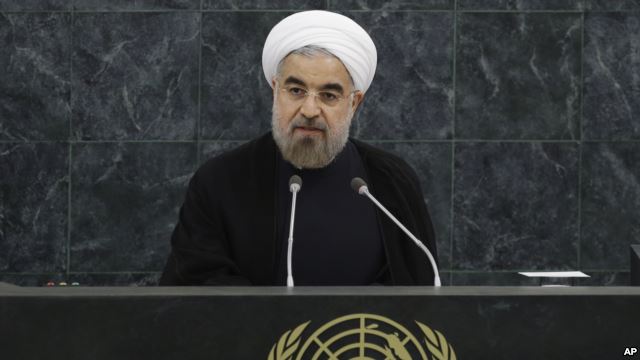 Iran and the 5+1 Powers (US, Britain, Germany, China, Russia, and France) finally agreed a start date of January 20 for November’s interim nuclear deal.

After several weeks of discussions, the two sides confirmed arrangements for Iran’s suspension of enrichment of 20% uranium, with a staged conversion of half its existing stock to fuel plates. In return, $4.2 billion of Iranian assets will be unfrozen over the next six months.

While maintaining the momentum of nuclear discussions, the news is far from a final resolution. Instead, it came amid caution from Iranian negotiators about the possibility of a comprehensive deal and tough talk from both Iran and the US about the need to watch a deceitful and hostile adversary.

The Supreme Leader’s harsh criticism of American duplicity over negotiations and violations of human rights was complemented by threats from the US Senate to impose new sanctions on Tehran. A leading US columnist, even as he queried the sanctions, piled on the polemic with the claim that Iran was responsible for the surge in fighting in Iraq.

And leading Iranian officials, including President Rouhani, warned that a proposed international conference on the Syrian conflict is “doomed” without Tehran’s inclusion.

Tensions also rose on the domestic front, with the prospect of “boxing in” Rouhani on his promises to open up political and cultural space. Culture Minister Ali Jannati was given a warning by MPs over his comments about the Internet, the press, and even his suggestion that women should be allowed to sign solos in public.

Rouhani maintained the rhetoric that there should be “freedom in art”, but he was silent — amid the surge in the regime denouncing “sedition” — about the fate of Iran’s political prisoners, including detained opposition leaders Mir Hossein Mousavi and Mehdi Karroubi.

The President’s “engagement” of Saudi Arabia also appeared to be in trouble. Iranian outlets joined hard-line MPs and media in the campaign against Saudi support of “terrorism and takfiris”, particularly in Syria.

The silver lining for Rouhani’s week appeared to be news on the economic front. While policies such as subsidy reform are still being debated between the Government and Parliament, the President spoke of a fall in inflation to below 30%, a stabilized currency, and hopeful signs for production.

The agreement to implement the interim nuclear deal is a significant achievement, but it only maintains the possibility in discussions. As Iran’s lead negotiator, Deputy Foreign Minister Abbas Araqchi, noted, the path to a comprehensive settlement will be difficult.

With this week’s agreement, the Rouhani Government maintains the support of the Supreme Leader. However, Ayatollah Khamenei will also continue to “talk tough” to his domestic audience, maintaining the pressure on the Government to hold an essential line in the talks — and protecting himself if the discussions break down.

In particular, the passage by the US Congress of a bill mandating new sanctions is already being anticipated by the Supreme Leader and other factions, such as Parliament and the Revolutionary Guards. If the Obama Administration is unable to block the measure, Khamenei and his allies may pull out from the nuclear process, stranding Rouhani.

The President’s far-from-assured position was shown by his setbacks on both the international front, with his engagement shredded in the denunciations of Saudi Arabia, and at home with the warnings that he should not make any sudden moves for political and cultural “openness”.

Continued news of economic recovery, seen as the bulwark for Rouhani’s fortunes, can off-set some of this pressure, but it does not appear able to overcome it.