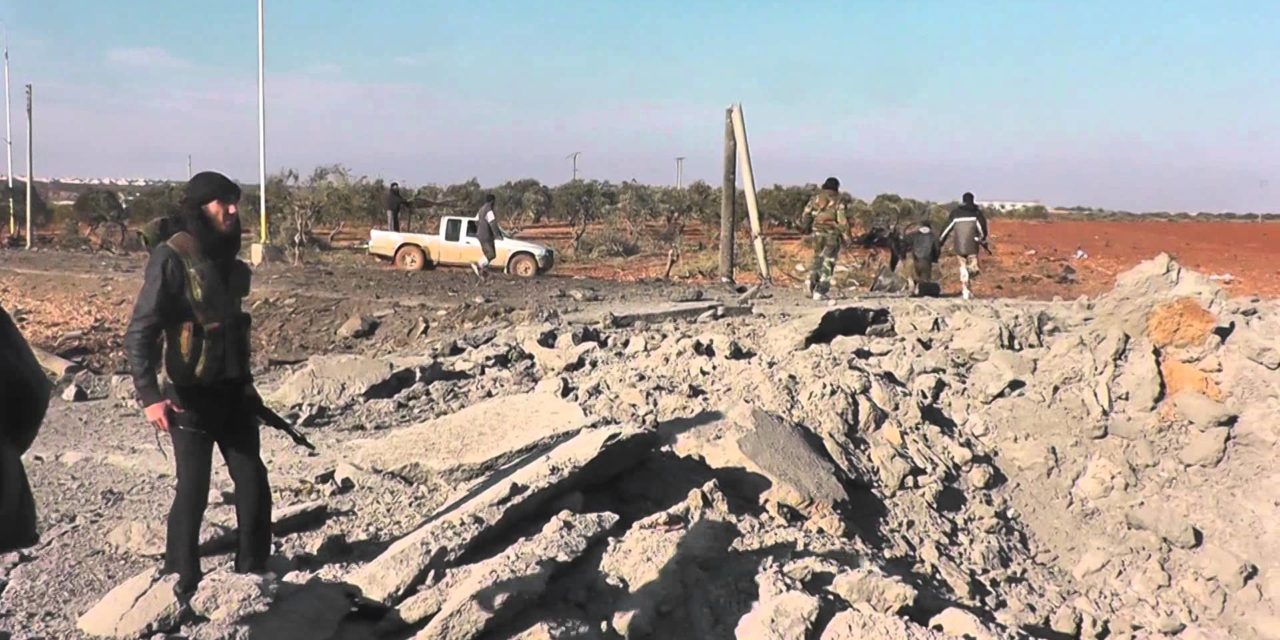 LATEST: Claims — Islamic State of Iraq Hits Back in Raqqa

Well-placed sources are claiming that more than 100 people may have been killed by regime artillery and shelling of the al-Waer neighborhood of Homs on Saturday.

Al-Waer is crowded not only with local residents but with persons displaced from other areas of Syria, particularly besieged Homs.

Field hospitals were overwhelmed in the area, so many of those injured later died. Because transport of corpses is dangerous amid shelling and the cemetery is full, some victims were buried nearby and may not be included in the toll of casualties.

Claims: Islamic State of Iraq Hits Back in Raqqa

Claims are circulating that the Islamic State of Iraq and as-Sham has struck back in the city of Raqqa, executing about 100 Ahrar al-Sham insurgents.

“Friends of Syria” Insist That “Peace” Conference Must Go Ahead

The Friends of Syria international group has insisted that a “peace” conference, scheduled for January 22 in Switzerland, must proceed.

In a statement, the Friends of Syria said:

We urge the [opposition Syrian] National Coalition to respond positively to the invitation to set up the Syrian opposition delegation sent by the UN Secretary General. We invite them to form, as soon as possible, a delegation of opposition forces to participate in the political process.

The leader of the Coalition, Ahmad Jarba, said after the talks that the Friends of Syria had agreed that Assad and his family would have no role in the country’s future.

The Halab News Network has published a video of a claimed discovery of a mass grave near Al Burayj in Aleppo (click here to see a map of the town’s location), which local activists claim is near to an Islamic State of Iraq and ash-Sham base. According to an insurgent interviewed by HNN, there were around 10 bodies in the shallow grave.

Funeral for Victim of Starvation in Yarmouk in Southern Damascus

Funeral for a martyr who perished from hunger in Yarmouk, still besieged by the Syrian government. pic.twitter.com/9m9lfnHhgG

Residents say the Syrian military has cut off the area since July.

Summary: “Fog of War” Between Insurgents and Islamic State of Iraq

Friday’s pattern was repeated on Saturday, the 9th day of the fighting between insurgents and the Islamic State of Iraq and as-Sham.

Reports circulated of iSIS, having been ejected or withdrawn from most of its position in northern Syrian towns, trying to hit back in Aleppo, Idlib, and Raqqa Provinces.

However, almost of these — amid a media blackout imposed by the insurgency — were unconfirmed, with most “news” based on rumor spread as fact.

Video did indicate ISIS bombing of insurgents in some areas, such as Tel Mardikh in Idlib Province.

Reports pointed to fighting in Saraqeb in Idlib Province and Raqqa, the city in which ISIS was prominent until its headquarters was taken by insurgents last week.

Other footage also confirmed that ISIS Emir Abu Umar al-Shishani, the leader of a group of mainly-Chechen fighters, is in Al-Bab in ALeppo Province — where fighting has been claimed throughout the week. Video also showed pro-ISIS Chechens in other parts of Aleppo Province.