Syria: Site Close To Abu Umar al-Shishani “Today They Want to Get Rid of ISIS, Tomorrow Other Mujahideen” 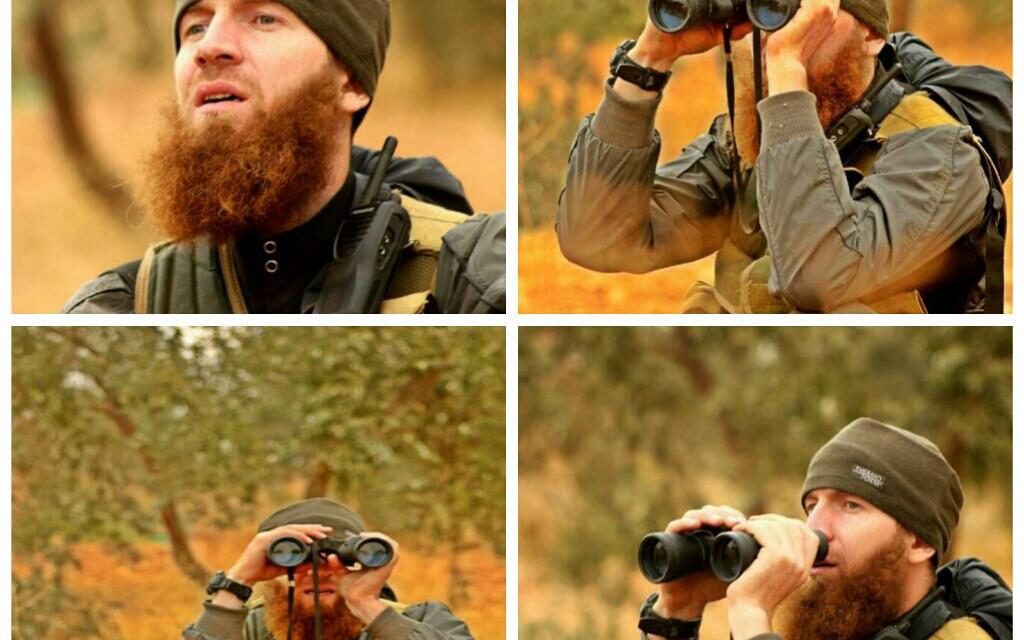 FiSyria — the Russian-language website close to the Chechen Emir of ISIS, Abu Umar al-Shishani — has broken days of silence with a lengthy post on the week-long fight between the Islamic State of Iraq and ash-Sham and other insurgent groups.

See A Russian-Speaking Jihadi On Fighting Between ISIS & Insurgents – “The Jihad Continues, We Don’t Care Which Infidels We Fight”

Earlier this week, we reported on the truce signed between Umar on behalf of ISIS and Ahrar ash-Sham in Maskaneh, Aleppo province.

Following that truce, rumors abounded — mostly on Arabic-language Facebook pages — that Umar had ordered his men to carry out a car bomb attack on insurgents at al-Bab in Aleppo. However, those rumors remain unverified.

Meanwhile, the statement on FiSyria says that the truce Umar signed was “temporary”.

We have translated the statement below. It is not possible to verify the accuracy of any of the claims it makes; however, it may help shed light on events, or at least on the opinions and attitudes of some of those connected with the Chechen fighters of ISIS during the initial days of the fighting.

What is going on today in Syria was expected, as Muslims will never find a compromise with a group of smoking, pro-democracy extortionists.

Especially if they carry out the program of the Western and Assad regimes.

On January 3, 2014, there was a skirmish at one of the checkpoints near Aleppo between the Mujahideen of ISIS and one of the groups of the Free Syrian Army.

The reason was that the FSA fighters would not let a car belonging to ISIS through, for unknown reasons, so the brothers had to eventually break through with fire. In this first conflict, 12 brothers became martyrs, Insha’Allah.

In a short time, the conflict escalated into an internal battle. Some of the houses belonging to ISIS Mujahideen were surrounded. The next day on the streets of the cities, they began to kill and capture all those involved in the Muhajir (foreign fighters). It was mostly the wives and children who were captured. On that one day, there were about 30 martyrs.

The local population disappeared, as if directed, the streets were deserted, you only heard gunfire and explosions. The situation was complicated by the fact that virtually all forces had been sent to the front, so the bases of the Mujahideen were empty, none of the ISIS Emirs were around. According to intercepted conversations, it became clear that they were planning to push heavy weapons against us and take complete control of the city until the Muslims cooperated and pulled out their troops.

There was a very tense situation, which threatened to explode into a full-scale operation. Only after the Mujahideen began to exert active resistance in all directions, did one of their military commanders make contact. In the conversation ISIS proposed a cease-fire in all directions, and to resolve the conflict according to Sharia. In response, they refused and put an ultimatum:

1. Hand over weapons.
2. Remove all checkpoints in the vicinity of the city of Aleppo and leave
3. ISIS leaves Syria.
4. Foreign fighters who want to stay should withdraw from ISIS, and are entitled to join another Jamaat.

If their demands were not met, they promised to leave the border areas so that Assad’s troops would advance on us in front, and they would shoot us in the back. Apart from that, they would kill all prisoners and make our women their concubines.

No one agreed to their demands. The conversation went on until the morning, until the arrival of one of the ISIS Emirs.

After that everything went quiet.

FiSyria have taken the next part of their text from another pro-jihad site, Sodiqlar:

After a short time it was found that against gangs which previously had conflicts with ISIS had united against it. One of these gangs was that of Khalid Khayani.

In the course of exploration and intercepted conversations, it became clear that we were not dealing with Muslims, but with real enemies of Allah.

They began to unite to achieve the goal set before them by their masters — not only to expel ISIS, but the rest of the Mujahideen as well. In their words: “We will cut all those involved in the Muhajir (foreign fighters).” They killed the brothers of both the small Jamaats and from Jabhat al-Nusra and ISIS. History shows that it has always been thus: the hypocrites united against Islam. And in all countries, they are against those who are trying to establish the Sharia of Allah, such as in Afghanistan, Tajikistan and the Caucasus.

It’s enough to look at their so-called “military shura” in Turkey, where local groups are just performers.

And the ultimate goal of these servants of infidelity and the Devil is to get rid of all the Muhajir (foreign fighters) and those who confess pure Islam, as it is precisely those whom the West considers an obstacle to the realization of the democratic scenario in Syria.

And it plays into their hands that our ranks are heterogeneous, that we have different Jamaats and different visions of how to win.

It is like the parable of the four buffalo: one of them was white and the other three were black. Their method of self-defense was that they always stuck together.

The following night, the wolf attacked the three black buffalo, and why? Because they were one fewer. And then on the last night, only one buffalo was left, and he tried desperately to get away from the wolf, but he did not have the support and assistance.

And the wolf pursued the buffalo with confidence, he knew that the buffalo would get tired and fall, that he had no choice. There was no one to come to his aid, and the wolf is satisfied and confident and circled around and finally he attacked this buffalo and grabbed him by the throat. When the wolf did that, and buffalo had just seconds left to live, he said some very important words, words that contain a great lesson from which we can benefit.

In other words, today they wanted to get rid of ISIS, and tomorrow it will be the rest of the Mujahideen. Praise be to God, our brothers in Jabhat al-Nusra and other Jamaats are not left behind and are actively supporting us.

After 19.00 rumors were heard about ISIS fighters having prepared a car with explosives. And their military Emir began to say, it this what you do with Muslims? And he called us dogs. They began to pour insults on us, and called us unbelievers.

And now they have declared us kyafer (the text uses a Tartar word meaning “godless”), and our lives, women and property have been made ​​permissible for themselves.

After this conversation, the temporary truce came to an end.

In the city the battle began. Everywhere there was the noise of lines. And then the Dushkas rattled, the mortars, explosions. No one fully understood what was happening. The radio was smashed, the brothers took up positions and prepared to repel an attack. Nobody wanted bloodshed among Muslims.

Praise be to Allah! The brothers were not strengthened. Despite their small number, they attacked their base.

It took 15 minutes and then a Russian voice came over the radio: “They ran, they raaaaan, brothers! Allahu akbar! They threw everything! The infidels fled from us! The kyafery ran!”

We give praise to Allah who gives victory to whom He wills. Now the fighting continues and they are pulling away from all their positions.

• On the 5th, we received reinforcements.
• Night and day, several towns in the vicinity of Aleppo were cleansed.
• The brothers took their headquarters in Aleppo.
• Many roads were freed.
• On the 6th, the brothers jointly conducted a large-scale operation. “Another base is taken! Kyafers have fled! “Brothers take them to the surrounding area. Now they are not allowed to escape, InshaAllah! All praise be to Allah, there is no God except Allah alone, he belongs dominion, praise him and he can do anything. Allahu akbar!”

And the complexities of the power of the faith of the Muslims is being verified. And when trials come, the hypocrites do not stand and show their hypocrisy, as happened with the hypocrites in the time of the Prophet, during the Battle of the Trench.

The internal enemy is very cunning and dangerous, and can strike from places you do not expect. And these internal enemies are hypocrites, in relation to which Allah has commanded us to treat them severely.

Today the whole world stands against the Mujahideen, because they call for the truth. And it seems like the situation with the Sahaabah during the Battle of the Trench, when the tribes gathered against them. And they said a word, to distinguish them from the hypocrites.