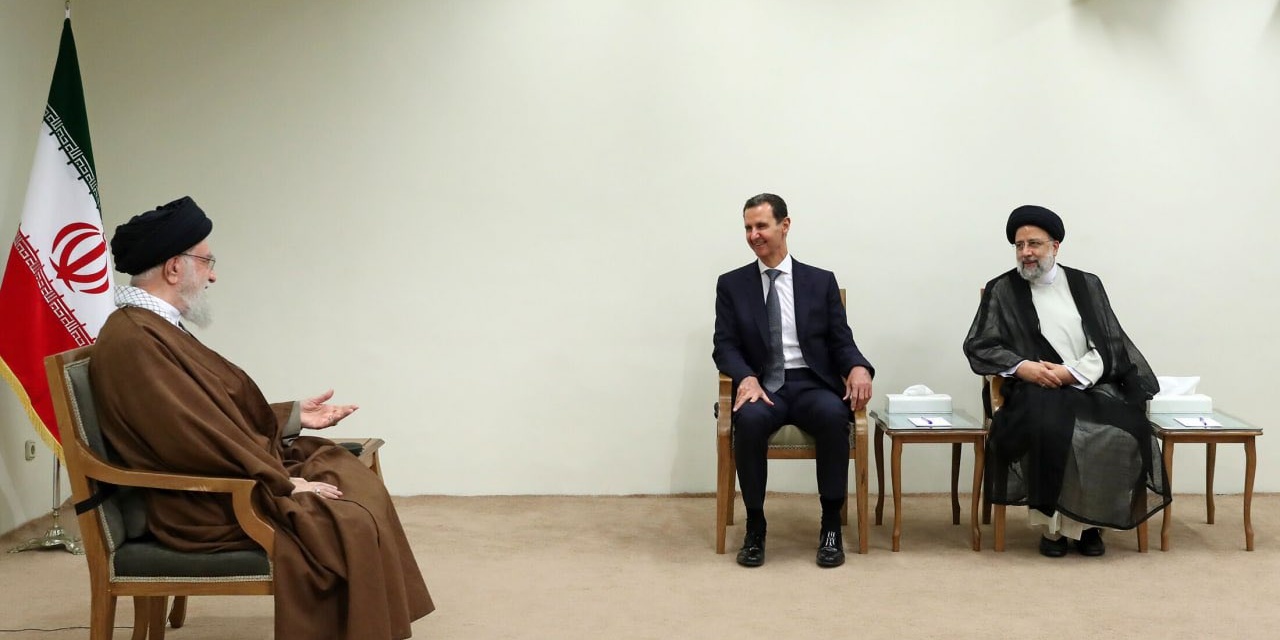 Bashar al-Assad has made his second trip to Iran, an essential ally keeping him in power during Syria’s 11-year conflict.

Iranian State outlets announced Assad’s visit, which follows his February 2019 visit in Tehran. No further details have been given.

With the forces of Russia — Assad’s other essential backer — under pressure in Ukraine, Damascus is looking for Iranian political and military reassurance amid ongoing economic problems and a Syria divided into three parts: regime-controlled areas, the opposition-held northwest, and the Kurdish-controlled northeast.

There was no sign of substantial Iranian commitments to Assad. Instead, Ayatollah Khamenei used the occasion for platitudes about Israel, Palestine, and the Middle East.

The Supreme Leader flattered Assad with a depiction contrasting with the reality of the fragmented, crippled country: “Today, Syria is not the same Syria that it was before the war, although the devastation [of war] was not there at that time, but now Syria enjoys a higher degree of respect and credit and all countries look upon it as a power.”

Khamenei continued with the proclamation of “resistance” and “victory”: “One of the most important of those factors was your own high morale and, God willing, you would be able to reconstruct the ravages of war with the same morale, because you have a great work to do.”

#Iran leader (to #Syria president): Leaders of some our & your neighboring countries sit & drink coffee with leaders of Zionist regime, but people of those countries fill the streets with crowds & anti-Zionist slogans on #QudsDay, and this is the reality in the region today. https://t.co/Q0Mu8qpa4y pic.twitter.com/QjNzdG5hGN

Assad responded, “The steadfastness of Iran and its unwavering stances in the past four decades on regional issues, especially on the issue of Palestine, have shown to the entire world that Iran’s path is a correct and principled path.”

He added the standard denunciation of the US: “This confirms the importance of continuing cooperation in order not to allow America to rebuild the international terrorist system that it used to harm the countries of the world, especially the countries of the region over the past decades.”

In a separate meeting with Assad, President Raisi did make a token reference to the issues facing Syria, albeit with any depth over the situation and Iran’s role: “Tehran will continue to provide all forms of support to Syria and its people, especially amidst the difficult economic conditions the world is witnessing.”