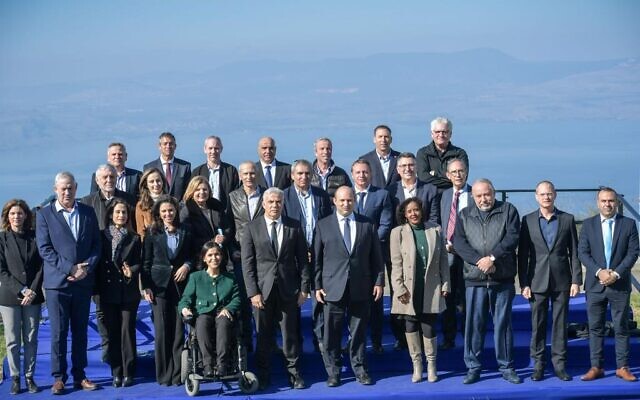 The Israeli Government has announced plans to double settlements in Syria’s Golan Heights, part of which it has occupied since the 1967 Arab-Israeli war.

The Golan is internationally recognized as Syrian territory; however, in March 2019 Donald Trump, seeking to help the re-election bid of Prime Minister Benjamin Netanyahu, issued a proclamation declaring the area as Israeli.

Netanyahu’s successor Naftali Bennett announced the settlement expansion at the start of a special Cabinet meeting on Sunday in a kibbutz in the occupied territory: “Friends, this is our moment; this is the moment for the Golan Heights.”

Announcing a “dramatic” commitment of 1 billion Israeli shekels ($320.5 million) for the new communities of Asif and Matar, each with about 2,000 housing units, Bennett cited the key influence of the US statement:

The fact that the Trump administration recognized this, and the fact that the Biden administration has made it clear that there has been no change in this policy, are also important. After around ten years of terrible civil war in Syria, every knowledgeable person in the world understands that it is preferable to have Israeli heights that are quiet, flourishing, and green as opposed to the alternative.

He proclaimed, “The Golan Heights can be a wonderful option for whoever wants clean air, space and quality of life.”

Bennett did not refer to Syrians displaced from the Israeli section of the Heights.

The Government funds will be used for planning, housing, tourism, industry and commerce, transportation, and medical care. The Prime Minister proclaimed that the area “will become the technological capital of renewable energy in Israel”.

In Syria, the Assad regime’s Foreign Ministry “strongly condemned the dangerous and unprecedented escalation”. It reasserted that the Golan is “an integral part of the Syrian territory, as approved by the international legitimacy and international law”.

The Ministry called on the UN Security Council to convene and “urgently assume its responsibilities” to press for an Israeli withdrawal.