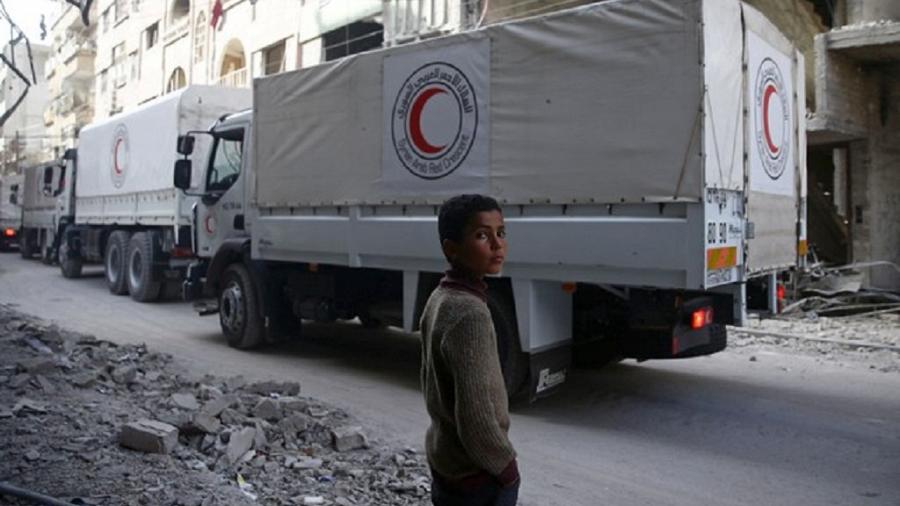 The international sanctions imposed on Syria since April 2011 are the most comprehensive on record. Nonetheless, Syrian President Bashar al-Assad has over the past seven years waged an extraordinarily brutal war on his own people, killing half a million Syrians, displacing millions more, and creating a massive humanitarian crisis in the country.

Why have sanctions been so unsuccessful at stopping Assad’s killing machine? To some extent, the failure can be attributed to the Assad regime’s determination to survive, as well as to military and economic assistance from allies such as Iran, Russia, and Hezbollah. But a big part of the blame lies with the UN-led humanitarian effort in Syria. UN agencies such as the World Health Organization (WHO) have permitted the Assad regime to take control of the $30 billion international humanitarian response, using donor funds to skirt sanctions and subsidize the government’s war effort. The bulk of these billions in diverted funds are from the same Western governments that imposed the sanctions.

The Syrian government’s ability to hijack the most expensive humanitarian effort on record signals a need for the UN to reform its system for providing aid, which defers to sovereign states even when they have declared war on parts of their own population. It is especially important to accomplish this reform now, before Syria replicates its deadly—and successful—redirection tactics through its new appeals for reconstruction aid.

1/8 @UNinSyria, @ICRC_sy & other aid agencies are forced by Syrian govt to partner with @SYRedCrescent–part of the state apparatus. Intelligence agents posing as volunteers infiltrated this organization & ensured volunteers who violated regime policy were arrested–even killed. pic.twitter.com/1Rm5bev1ZI

The roots of the UN’s problems in Syria go back to the early years of the civil war. In spring 2012, when the UN Office for the Coordination of Humanitarian Affairs (OCHA) began mobilizing to provide aid to Syria, the Syrian government insisted that OCHA centralize all operations in Damascus. The regime cited UN General Assembly Resolution 46/182, the basis of OCHA’s mandate, which states that “humanitarian assistance should be provided with the consent of the affected country” and that “the affected State has the primary role in the initiation, organization, coordination, and implementation of humanitarian assistance within its territory”.

OCHA needed access, so it accepted Assad’s terms. Soon, some $216 million in humanitarian aid was pouring into the country, an amount that grew to over $3 billion annually in subsequent years.

Basing its operations in Damascus triggered a cascading set of problems for the UN and allowed the Assad regime to seize control of the relief effort. Syria’s Ministry of Foreign Affairs requires all humanitarian agencies to sign an agreement with the government’s official partner, the Syrian Arab Red Crescent, prohibiting field visits and programming without the Red Crescent’s permission. The Red Crescent has long been tied to the Syrian state apparatus, and any hint of its independence was snuffed out after 2011, when the government put Red Crescent elections on indefinite hold, purged independent board members, and dismissed qualified staff. Intelligence agents posing as volunteers also infiltrated the organization, according to ex–Red Crescent volunteers that I spoke with. After these changes, the Red Crescent’s new unofficial policy was to deliver aid according to partisan criteria. Staff and volunteers who violated these rules were detained and tortured, even killed.

3/8 More than 1M Syrians besieged by Syrian gov't–those in most need of assistance–were systematically denied life-saving aid. @UNinSyria claimed to reach them but Assad's military and intelligence forces ensured little or nothing meaningful got through. https://t.co/dDsONfyavC pic.twitter.com/lAQZGR8Nze

The government has also asserted itself through selective issuance of visas to international humanitarian staff—privileging the nationals of allied countries, such as Sudan—and tight control over the distribution of aid and medical supplies, which it withholds not just from areas controlled by the opposition, such as Idlib, but also from those such as Eastern Ghouta, formerly under siege but currently ruled by government forces.

To avoid regime control, many international aid agencies preferred to operate cross-border from Turkey or Jordan, working with Syrian partners to access millions of desperate civilians in opposition-held areas. The efficacy of this approach was demonstrated during a 2013 outbreak of polio. The WHO, based in Damascus, kept quiet for months while the government denied that there was an outbreak; Syrian nongovernmental organizations operating cross-border from Turkey, meanwhile, proved that polio had returned to Syria and conducted a successful mass vaccination campaign. Yet the consequences for NGOs of providing effective humanitarian aid outside of Assad’s control were made clear in April 2014, when Mercy Corps was evicted from Damascus.

In July 2014, after Russia agreed to withhold its veto, the UN Security Council formally adopted Resolution 2165, authorizing cross-border assistance—a landmark in prioritizing humanitarian aid over sovereignty. Yet UN agencies, unwilling to upset relations with the government, continued to give preference to their Damascus-based operations, granting enormous leverage to the regime. In a small but telling example of the effects of this leverage, in 2014 the WHO began publishing Assad’s preferred map of Syria, which includes a sizable part of Turkey. More significant, OCHA sanitized its 2016 Humanitarian Response Plan by using government-preferred language: “conflict” instead of “crisis”; “locations listed in relevant UNSC Resolutions” instead of areas besieged by government forces. OCHA also eliminated its mine-clearance programming because it would have operated cross-border, outside of Assad’s control.

4/8 Syrian Ministry of Health, responsible for depriving millions of Syrians of life-saving meds–insulin, antibiotics, vaccines, kids' asthma inhalers–is supported by @WHO. Its head, Dr Nizar Yajigi, is under @EUCouncil sanctions for attacks on civilians https://t.co/ko36009CEK pic.twitter.com/SuU2KxqFSl