Canada and The Netherlands to Pursue Assad Regime Over War Crimes 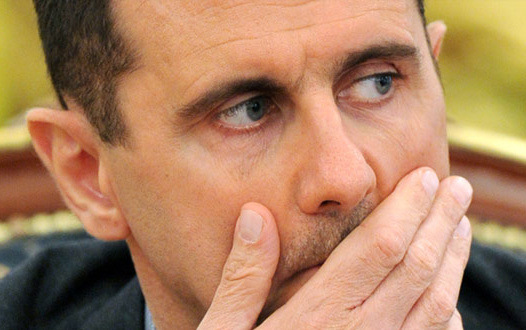 The European Union said on Sunday, “As the repression continues, targeted EU sanctions on leading members and entities of the [Assad] regime will be renewed at the end of May.”

Last Thursday, the European Parliament adopted a resolution — marking the 10th anniversary of the Syrian uprising — which summarized the “sheer brutality” of the regime in response to “a demonstration of Syria’s ethnic and religious diversity, including leaders from all ethnic and religious groups and all provinces of the country”.

The resolution backs the pursuit of accountability for war crimes. It urges “all EU Member States without exception to be fully cooperative in the fight against impunity”, expressing “its deep concern over certain Member States’ lack of cooperation in prosecuting Syrian war criminals”.

ORIGINAL ENTRY: Canada and The Netherlands have announced a joint effort seeking accountability of the Assad regime for war crimes.

The two countries declared the initiative on Friday. Dutch Foreign Minister Stef Blok summarized, “This is a point of light in a long, dark tunnel. The Syrians who have been living with war for nearly 10 years still deserve justice.”

The Canadian-Dutch investigation accompanies a series of international legal steps on the 10-year anniversary of the Syrian conflict, with the Assad regime and Russia responsible for the vast majority of hundreds of thousands of civilians killed and more than 11 million — half of Syria’s pre-war population — displaced.

*Last month an Assad regime official was given a 4 1/2 sentence in Germany of crimes against humanity over the treatment of detainees, the first international punishment imposed over atrocities in the conflict. Another regime official is expected to be tried in Koblenz in October, and cases are being investigated in France and Sweden.

*Survivors of a lethal nerve agent attack by the regime in 2013 have filed a criminal case in France.

Regime “Must Be Held Accountable”

Blok said on Sunday that he is “more optimistic” about bringing a criminal case against Bashar al-Assad, even though the process could take years.

He said that the regime “must be held accountable” and that balking at legal action would give the war criminals “impunity”.

Important step in achieving justice for the Syrian victims now that Syria has agreed to talk about accountability.
Happy to be joining forces with Canada in our efforts to end impunity @MarcGarneau https://t.co/mzjnFGZeBI pic.twitter.com/JFr0vMYKhh

Canada and The Netherlands have been among the leading countries in pursuing accountability for conventional and chemical attacks. Russia, the Assad regime, and supporting activists have pursued a years-long campaign to deny the attacks, as well as the killing of tens of thousands of detainees by execution, torture, or poor prison conditions.

The pro-Assad propaganda campaign has stepped up in recent days, with disinformation trying to bury a chlorine attack that killed 43 people in Douma, near the Syrian capital Damascus, in April 2018.