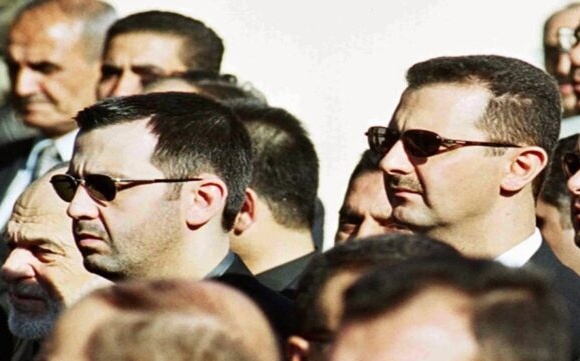 Bashar al-Assad and his brother Maher, a military commander (File)

Bachelet said in a statement on Thursday, “It remains vital that national courts continue to conduct fair, public and transparent trials and reduce the accountability gap for such serious crimes.”

She noted that attempts to refer war crimes to the International Criminal Court for prosecution have failed.

Russia, the essential protector of the Assad regime, has blocked referrals to the ICC.

Last month an Assad regime official was convicted in Germany of crimes against humanity over the treatment of detainees. The 4 1/2-year sentence was the first imposed over atrocities in the conflict.

Another regime official is expected to be tried in Koblenz in October, over his alleged oversight of the murder of 58 people and the torture of 4,000 others.

Other cases are being prosecuted in France and Sweden, and survivors of a lethal nerve agent attack by the regime in 2013 have filed a criminal case in France.

With tens of thousands of people still “forcibly disappeared” or missing after detention in regime prisons, international investigators say war crimes “lead all the way to President Assad“.

Bachelet said on Thursday that the conviction in Germany is “an important step forward on the path to justice”.

Paulo Pinheiro, chair of the UN Commission of Inquiry on Syria, added, “We commend the great courage and ingenuity of Syrian victims and activists, and the determination of some member states to bring cases where they can.”

UN official said investigators have been been approached by 60 jurisdictions seeking information, with material provided in about 300 ongoing cases.