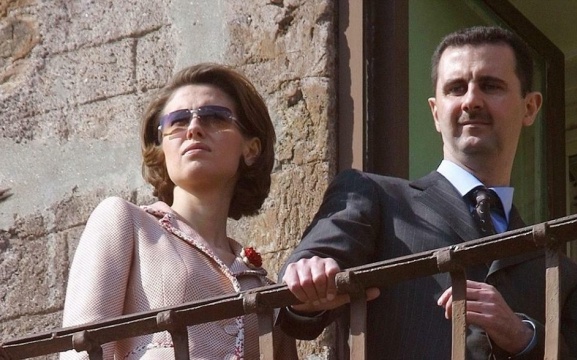 The investigation is based on a complaint by Guernica 37 International Justice Chambers that Asma al-Assad is among “influential actors” supporting and encouraging terrorism and war crimes, during her husband’s lethal suppression of the Syrian uprising since 2011.

This is an important step in holding senior political officials accountable for their acts and ensuring that a state, through an independent and impartial legal process, takes responsibility for the acts of its own nationals.

As Asma al-Assad is a British national, it is important that she faces prosecution if the evidence supports the allegation and not merely stripped of her citizenship. This is an important process and it is only right that justice is served before an English court.

The Metropolitan Police Service confirmed that its War Crimes Unit is acting on the basis of the complaint filed at the end of July 2020.

Asma al-Assad, originally from Acton in west London, married Bashar in December 2000. During Syria’s 10-year conflict, the former investment banker has expanded her influence through control of humanitarian assistance, handling the funds through her Syria Trust for Development. In 2016 alone, the Trust was awarded $751,129 by the UN Office for the Coordination of Humanitarian Affairs.

When you have a totalitarian regime that the lines that are drawn between the public and private purse are pretty much invisible. If the UN wants to keep operating in Syria, they need to ensure that she is on-site. They’ve been paying her foundation, the Syria Trust, increasing sums of money year after year to retain their position.

Because of her role in the transactions, Asma al-Assad has been sanctioned by the US and European Union since 2012. The US expanded the sanctions on her, as well as on other Assad family members and the Central Bank, last December.

The Assad and Akhras families have accumulated their ill-gotten riches at the expense of the Syrian people through their control over an extensive, illicit network with links in Europe, the Gulf, and elsewhere.

Meanwhile, the Syrian people continue to wait in long lines for bread, fuel, and medicine as the Assad regime chooses to cut subsidies for these basic essentials that Syrians need.