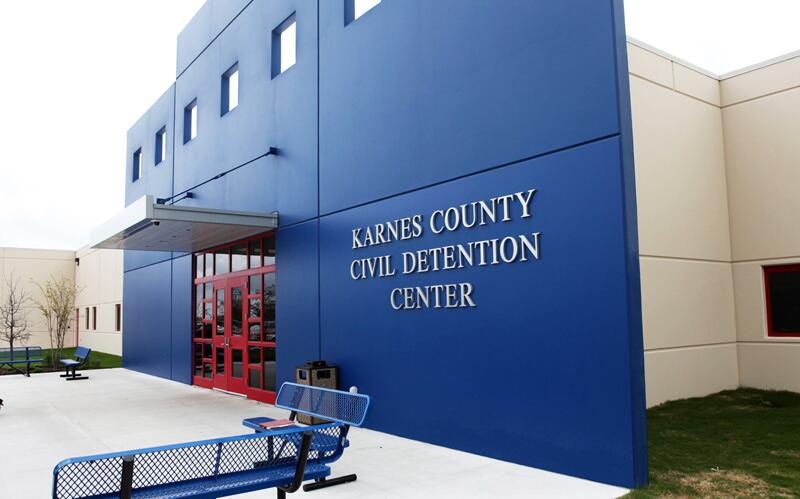 The detention center for undocumented immigrants in Karnes County, Texas

In a press briefing on Wednesday, the coordinator for the southern US border said that the Biden Administration is committed to a fair immigration but that the damage of the Trump era cannot be undone “overnight”.

Roberta Jacobson spoke of the need to address causes of migration, with the Administration proposing $4 billion for Central American countries over economic and social issues.

At the same time, Jacobson said now is not the time” to cross into the US: “The border is not open.”

She said of the increase in migrants, including unaccompanied minors, trying to enter: “Surges tend to respond to hope. There was a hope for a more humane policy.”

NEW: Claiming the Biden admin is adopting an "open borders" immigration policy is ridiculous. I went to Mexico last week with @L_Toczylowski and @GuerlineMJozef, where we met @eeerox and saw a growing number of refugees and asylum seekers unable to enter the United States. pic.twitter.com/A8rJeiyx5K

More than 3,200 juveniles are being housed in Customs and Border Protection holding facilities. With about 9,000 unaccompanied minors cross the US southern border in February, the number in the facilities has tripled in the past two weeks.

About 1,400 children have been held beyond the three-day legal limit in holding cells — usually small concrete rooms with concrete or metal benches and no beds — which are not designed for minors.

A source said almost 170 of the children are younger than 13.

The Trump Administration’s “zero tolerance” put an emphasis on detention of migrant juveniles, in addition to the separation of children from parents and holding of adults in poor, unhygienic facilities.

Trump also ordered the expulsion of minors last year, under an order from the Centers for Disease Control and Prevention meant to protect immigrants and US residents from Coronavirus. The Biden administration has reversed the policy for unaccompanied children.

“Manage This In An Orderly Fashion”

We did speak to many of the folks involved, including children. We’re trying to manage this in an orderly fashion but very mindful of the human cost here and in light of the fact that we are talking about kids. So that is something that we are managing.

Administration officials have said that they are trying to deal with the failure, or wilful neglect, of Trump counterparts to place the minors in shelters or with sponsors.

We are still digging our way out of a dismantled and immoral and ineffective immigration policy that was being implemented by the last administration. It’s going to take us some time.

She sent a message to prospective migrants, “It’s the not the time to come now.”

Psaki said the White House is committed to allowing journalists access to the facilities holding the unaccompanied minors, but said there is no timeframe because of the challenge of Coronavirus and privacy concerns.

In his first days in office, Biden established a taskforce to reunify immigrant families separated at the US-Mexico border, redressing the Trump “zero tolerance” approach that seized about 3,000 children from parents and sent them hundreds and even thousands of miles away.

The Administration has also pledged to address the situation of more than 25,000 asylum seekers forced to remain in Mexico by Trump restrictions.