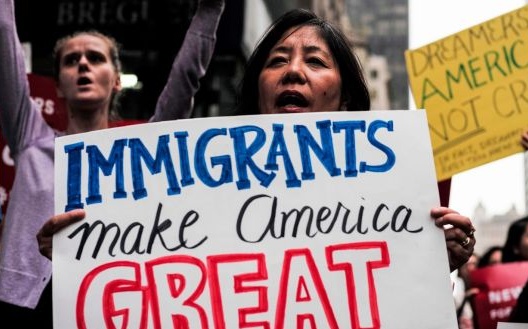 The Biden Administration introduces its measures for immigration reform.

Sen. Bob Menendez of New Jersey and Rep. Linda Sanchez of California, joined by 10 colleagues formally presented the US Citizenship Act of 2021 in a news conference on Thursday. The measures are the most significant changes in immigration law in more than 30 years.

The bill lays out an eight-year path to citizenship for most of the 11 million undocumented immigrants living in the US as of January 1.

Applicants will be allowed to live and work in the US for five years after passing background checks and paying taxes for five years. They could then apply for permanent residence, with the opportunity for citizenship after three more years.

Other provisions remove limits on family-based immigration, enabling spouses and children to join families already in the US, and expand worker visas.

More resources are provided to process migrants at ports of entry, and there is $4 billion over 4 years for Central American countries, hoping to ease the pressure for migration from economic crisis and lack of security.

White House officials said President Biden will pursue a bipartisan approach to the legislation, hoping to convince Republicans to join the initiative.

They did not say if the bill’s supporters will invoke “budget reconciliation”, which only requires a majority to advance the legislation, if opposition Republicans pursue a filibuster.

As the son of Cuban immigrants who fled an oppressive regime for a better life in the United States, I have dedicated much of my career in Congress, both in the House and the Senate, fighting for the dignity of immigrant families in New Jersey and all across America.

Immigrants contribute greatly to our country and society; they own businesses, pay taxes and teach our children, they are our coworkers, neighbors and friends We have an historic opportunity to finally enact bold immigration reform that leaves no one behind, addresses root causes of migration, and safeguards our country’s national security.

Sanchez explained, “I am the daughter of immigrant parents from Mexico, this is personal to me. I have dedicated my career to building an immigration system that lets people live without fear, and a system that gives immigrants – like my parents – who sought a better life and contribute to our nation a fair opportunity to thrive.”

In his first days in office, Biden used executive orders to protect about 800,000 “Dreamers”, who came to the US as children of undocumented immigrants, from deportation that had been threatened by the Trump Administration.

He established a taskforce to reunify immigrant families separated at the US-Mexico border, redressing the Trump “zero tolerance” approach that seized about 3,000 children from parents and sent them hundreds and even thousands of miles away.

Last week the Administration said it would begin addressing more than 25,000 asylum seekers forced to remain in Mexico by Trump restrictions.