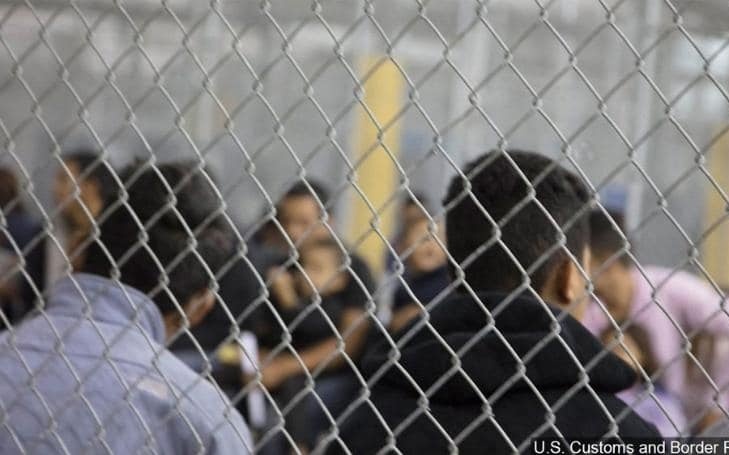 Biden will establish a taskforce to reunify immigrant families separated at the US-Mexico border, when Trump officials implemented a “zero tolerance” approach that seized about 3,000 children from parents and sent them hundreds and even thousands of miles away.

Courts reversed the policy, but 545 children are still separated from parents who were quickly deported.

Decrying the “stain on the reputation” of America, Biden said his predecessor “literally, not figuratively, ripped children from the arms of their families, their mothers, and fathers, at the border, and with no plan – none whatsoever – to reunify”.

Biden also mandated a wider review of the Trump Administration’s anti-immigrant actions, including the restriction of the right to claim asylum and threats to deport legal immigrants who received public assistance.

The President also ordered programs to address the forces pushing people north through Central America and Mexico to the US.

Hours after he was inaugurated last week, Biden issued orders to protect almost 800,000 “Dreamers”, children who came to the US with undocumented immigrant parents, from deportation that had been threatened by Trump. He revoked the Trump Administration’s plan to exclude non-citizens from the census count, suspended the program forcing migrants to wait in Mexico, halted construction of Trump’s Wall along the southern US border.

The Department of Homeland Security announced that it would pause deportations for some non-citizens for 100 days “to ensure that its resources are dedicated to responding to the most pressing challenges that the United States faces”.

A briefing document on Tuesday said the Administration’s immigration plans were “centered on the basic premise that our country is safer, stronger, and more prosperous with a fair, safe and orderly immigration system that welcomes immigrants, keeps families together, and allows people – both newly arrived immigrants and people who have lived here for generations – to more fully contribute to our country”.

But the Biden Administration still faces last-minute bureaucratic obstacles put up by a Trump immigration official.

A complaint filed on Monday, on behalf of a whisteblower, said former Deputy Secretary of Homeland Security Kenneth Cuccinelli handed over policy control to a pro-Trump union.

The complaint said Cuccinelli signed labor agreements on January 19, the day before Biden’s inauguration, for Immigration and Customs Enforcement officers to maintain the anti-immigrant position over the next eight years.

One clause requires Homeland Security leaders to obtain “prior affirmative consent” in writing from the union on any changes to policies and functions affecting agents. Thus the ICE personnel can defy instructions such as Biden’s order to focus on violent criminals rather than on other undocumented immigrants.

The Homeland Security Director must notify the union of any elements of the agreement which he may disapprove. The disputed provisions are then referred for further negotiation. The union can appeal any rejection to the Federal Labor Relations Authority.

Cuccinelli justified the agreement in an e-mail maintaining that the previous labor agreement with the ICE union had “languished for many years”.

He said, “I absolutely deny any mismanagement, waste of government funds and any misuse of authority.”