Dr. Fauci: A “Terribly Historic Milestone” for US Coronavirus Deaths 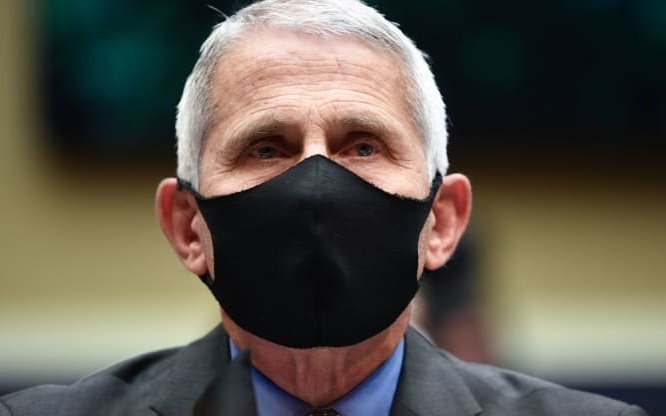 It’s terrible. It’s really horrible. It is something that is historic. It’s nothing like we’ve ever been through in the last 102 years, since the 1918 influenza pandemic….

Decades from now….[we will be] talking about this a terribly historic milestone in the history of this country. To have these many people to have died from a respiratory born infection, it really is a terrible situation that we’ve been through and that we’re still going through.

Fauci and other medical and public health experts were ostracized during the Trump Administration, over their matter-of-fact assessments of the Coronavirus threat. Fauci was assailed as a “disaster” by Donald Trump and his officials, who turned to the unqualified Dr. Scott Atlas for the promotion of “herd immunity” and a spread of the virus.

President Joe Biden immediately turned to Fauci, naming him as his chief medical advisor, as the Administration pursued a series of steps to contain the damage under its predecessor.

Daily deaths have declined sharply from a record high of 4,103 on January 27 to a 7-day average of 1,904 last week. However, the US is still 7th in the world in per capita deaths, with almost 1,500 per million residents.

The Administration is focused on a surge of vaccinations, with 1.32 million administered per day last week. A total of 61 million doses now administered, with more than 13% of Americans receiving a first jab and almost 5.5% fully covered.

Biden announced last week that 600 million doses will be obtained by the end of July, sufficient to cover every adult American.

The President as also introduced containment measures such as a mask mandate on Federal property, and the Administration hopes for passage of the $1.9 trillion American Rescue Plan next month.

Fauci cautioned that despite mass vaccinations, wearing of masks might still be needed into 2022 until the rollout had reached the point of “minimal, minimal threat” of transmission.

However, he added, “I think we’ll have a significant degree of normality beyond the terrible burden that all of us have been through over the last year.”