War Crimes “Lead All the Way to President Assad” 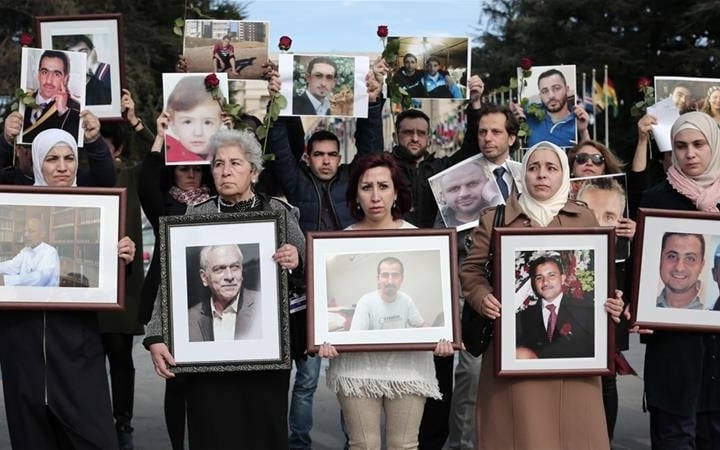 A leading war crimes prosecutor explains that crimes in Syria’s 10-year conflict “lead all the way to President Assad”.

Stephen Rapp, a prosecutor in the Rwanda and Sierra Leone cases and served as US Ambassador for war crimes issues from 2009 to 2015, has been compiling the evidence over Syria.

Rapp is now the chair of the Independent Commission for International Justice and Accountability, which has archived more than 900,000 Assad regime documents.

He explains in an interview with CBS News’s 60 Minutes:

We have murder, we have extermination, we have torture, we have rape….

There’s no question they lead all the way to President Assad. I mean, this is a top down, organized effort. There are documents with his name on it. Clearly he organizes this strategy. Then we see orders down through the system to pick people up. We see reports back. We see reports back about well, we’ve got a real problem here, there are too many corpses stacking up.

Last week the UN Commission of Inquiry on Syria summarized, in its review of the conflict, the “widespread commission” of “war crimes” and “crimes against humanity” by the Assad regime.

60 Minutes also speaks with “Caesar”, the military photographer who defected in 2014 with thousands of photographs of detainees executed, tortured to death, or dying from poor conditions in regime prisons.

It was very clear that they were tortured, not tortured for a day or two, tortured for many, many long months. They were emaciated bodies, purely skeletons. There were people, most of them had their eyes gouged out. There was electrocution, you could tell by the dark spots on their body that was used there. There was utilization of knives and also big cables and belts that was used to beat them.

And so, we could see every type of torture on the bodies of these individuals.

When I would take photographs, I would think, how can this government be capable of doing this to its own people? I would also have feelings of sadness and anger at what I’ve seen. And, at the same time, a feeling of fear, that at any single moment, there’s no reason that I wouldn’t face the very same torture and be photographed later.

Rapp explains, “We’ve got better evidence– against Assad and his clique– than we had against Milosevic in Yugoslavia, or we had in any of the war crimes tribunals in which I’ve involved in, some extent, even better than we had against the Nazis at Nuremberg, because the Nazis didn’t actually take individual pictures of each of their victims with identifying information on them.”

Yet despite the UN inquiry’s findings and the accumulation of evidence, the Assad regime was able to retain its seat on the UN Special Committee for Decolonization, which purportedly examines the “subjugation, domination and exploitation” of peoples, last week.

If the word is that you can commit those crimes, and that you can get away with it, and this is the way that you suppress a popular uprising, then others will do the same thing. The future will be much more dangerous than the past, and a lot of what we built will be destroyed.