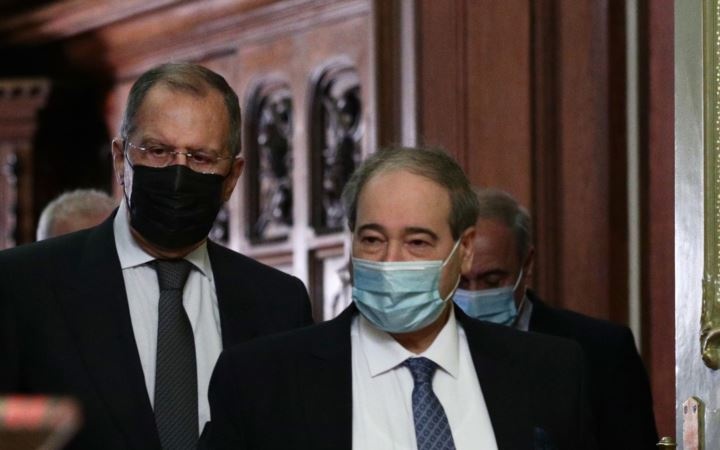 Little of substance was offered in Russian State and Assad regime accounts of the discussions.

Mekdad, who succeeded the late Walid al-Moallem last month, hailed developing relations including in “the fight against terrorism”. He thanked Russia for support in “putting an end to the Western arrogance”.

Lavrov jabbed at the US and European Union, “Some countries hinder efforts to find a solution to the crisis in Syria, and impose economic sanctions on it in a violation of the UN relevant Resolutions.”

He claimed “positive progress” in UN-brokered talks on a Constitutional Committee, without noting that little advance was made in the latest discussions in Geneva two weeks ago.

Russia first proposed the talks for a new Syrian Constitution in early 2018. A working committee of 150 representatives — 50 from the regime, 50 from selected opposition factions, and 50 from civil society groups — has been named. However, the Assad regime has blocked any progress beyond a basic agenda, declaring that “terrorists” — its label for anti-Assad movements — and “sovereignty” must be discussed first.

Lavrov implicitly referred to the economic plight of regime-held areas, with the declaration that “a comprehensive agreement on the economic cooperation between the two countries is to be initialized soon” and that resolutions on support of the 2reconstruction process” have been adopted.

But he gave no details of the assistance, as residents in the regime areas, including Damascus, face shortages of food, electricity, and essentials such as petrol and cooking gas.