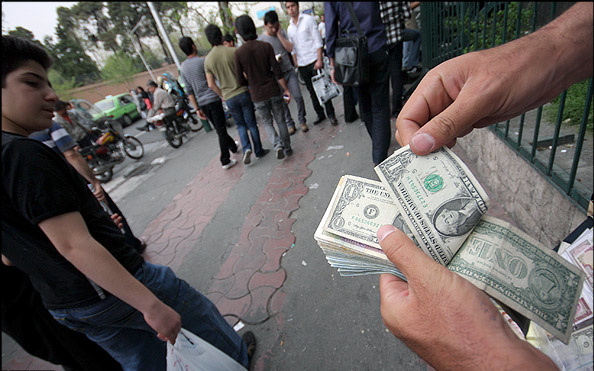 Iran’s historic currency slide continues, with the rial approaching 200,000:1 v. the US dollar.

The currency hit an all-time low last week, and has fallen a further 10% since June 12.

The rial’s previous record of 180,000:1 was set in September 2018, just before the Trump Administration imposed comprehensive sanctions after its withdrawal from the 2015 nuclear deal.

Intensive Government intervention then propped up the currency to 114,000:1. It gradually weakened again, but was at about 150,000:1 for months before dropping again in May.

The slide has renewed because of Iran’s economic downturn, with an 11% fall in GDP forecast this year amid Coronavirus, the US sanctions, long-term structural issues, a fall of up to 95% in oil export, and the Government’s budget difficulties.

The Government tried to check the difficulties by reopening businesses from April 11, but the lifting of restrictions fueled a resurgence of the virus.

The Health Ministry reported another 120 deaths on Saturday, the sixth day in the last seven that casualties have topped 100. Officially 9,507 Iranians have died.

Rouhani Calls for “Balance and Calm”

President Hassan Rouhani implicitly recognized the crisis on Sunday at a meeting of the Government’s economic board.

Rouhani blamed sanctions and the sharp fall in oil exports: “Currency transfer has been difficult. The conditions resulting from the outbreak of Coronavirus, including the closure of some borders, have obstructed imports as well.”

Iran’s trade with neighboring Turkey is down 70%, but it has also suffered a 53% drop in exports to its main customer China.

Without mandating currency controls, Rouhani focused on companies and individuals receiving foreign exchange at the official rate of 42,105:1 v. the US dollar:

Activists in the export and import sectors, both public and private, must be specified within the framework of the regulations of trade-exchange policies.

The Central Bank is required to clearly list all those who have received foreign exchange for imports, as well as their performance in the system, in a transparent manner and easily accessible to the public, the media, and the related authorities.

He concluded, “All officials and economic actors, both public and private, must redouble their efforts and take the necessary care to create balance and calm in the market and not allow fluctuations affect people’s livelihood and life, and the psychological atmosphere of the society.”