Iran Daily: Trade with Turkey Down 70% 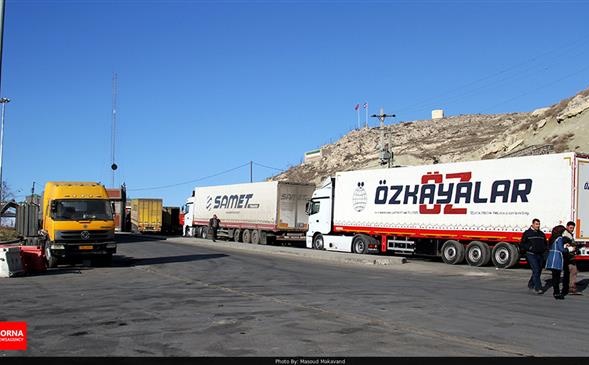 The Tehran Chamber of Commerce said on Thursday that trade in the first quarter of 2020 was $645 million, a sharp reduction compared to the same period in 2019.

Iran’s exports to Turkey were only $270 million. Petrochemical exports, essential as US sanctions choke off the Islamic Republic’s oil sales, fell 99% over the year.

The Chamber of Commerce blamed the latest figures on American restrictions, imposed by the Trump Administration in November 2018 after it withdrew from the 2015 agreement between Iran and the 5+1 Powers (US, UK, Germany, France, China, and Russia).

The Chamber also cited the effect of Coronavirus. With Iran an epicenter of the outbreak in February and March, neighboring countries closed their borders.

Iran had established a trade surplus more than $1 billion with Turkey at the beginning of 2019. It now has a deficit of more than $100 million.

The Islamic Republic is facing long-term problems with production, investment, trade, employment, and a historically-weak currency. Oil exports are down between 80% and 95%, compared to April 2018.

Exports to China, Iran’s largest customer, fell 53% in the first quarter of 2020, compared to a year earlier. Revenues from petrochemical sales to all countries are down 30%.