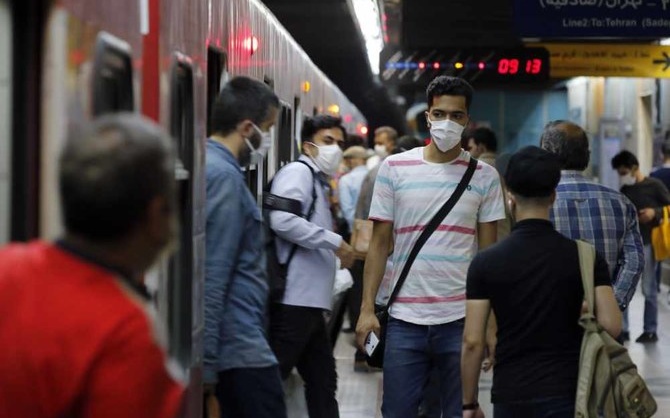 Iran’s daily deaths from Coronavirus continue to increase after the Government’s reopening of businesses, mosques, and other public spaces.

The Health Ministry announced 115 deaths on Tuesday, the third consecutive day with more than 100 fatalities.

The daily toll is the highest since April 12, the day after the Government began easing stay-at-home and social distancing measures.

In a letter to President Hassan Rouhani, the Iranian Nursing Council said 7,400 nurses have contracted Coronavirus and 18 have died. The Council warned of shortages of staff, criticizing the treatment of nurses fixed-term, 89-day contracts. It said some nurses have not been paid for periods between 7 and 17 months.

Health Ministry spokesman Sima Lari said 10 of Iran’s 31 provinces are still “red zones” for Coronavirus. She said hospitalizations have risen in areas such as the capital Tehran, Iran’s second city Mashhad in the northeast, and Bushehr in the south.

President Rouhani stepped back from his declaration of “success” last month, telling the Supreme Council for Cultural Revolution on Tuesday:

Although we have been able to reopen a major part of businesses with the spread of Coronavirus, businesses such as transportation and tourism, cultural, scientific, educational, and artistic activities, are still unable to return to normal activity.

The post-Coronavirus world is a completely different world, and if we think we can return to pre-Coronavirus conditions in the short term, it’s wrong, because no one can say when a cure or a vaccine will be found.

But Rouhani, following the Supreme Leader’s edict for a “Surge in Production”, continued to emphasize economic activity.

He defied the crisis over production, trade, investment, and employment: “With the efforts of officials in various sectors, we have been able to reactivate non-oil exports in many sectors and the country’s borders have recently reopened, and conditions are improving step by step, and hopes for improvement have increased.”

In a meeting with the the Government’s Economic Board, Rouhani responded to critics of his handling of the crisis:

The economic problems caused by Coronavirus is a global phenomenon. It is not fair that some people take a purely political view of the government and officials who are working day and night to manage this dilemma and overcome this difficult situation.