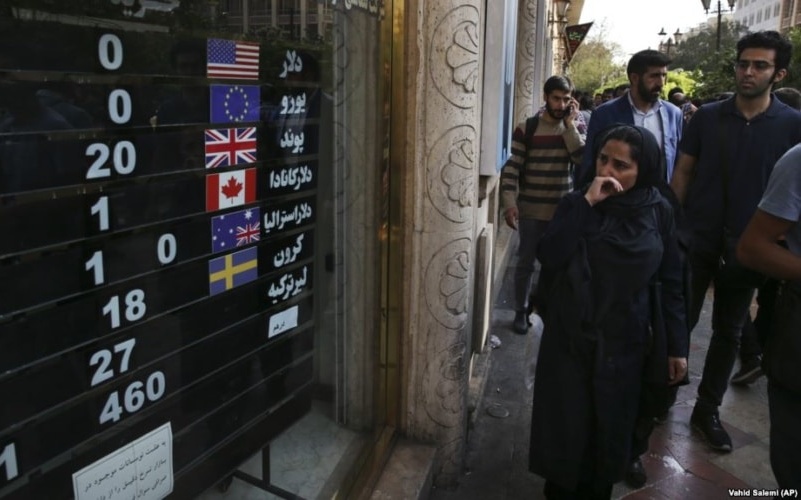 Iran’s currency has hit an all-time low, amid confirmation of a 36.5% crop in foreign direct investment last year.

The Iranian rial is trading at 187,800:1 v. the US dollar on the open market on Thursday, having fallen almost 30% in value this spring.

The rial’s previous low was about 180,000:1 in autumn 2018, just before the imposition of comprehensive sanctions by the Trump Administration.

Sustained intervention by the Government and Central Bank brought the rate down to about 114,000:1 last year before it began edging downwards to 150,000:1 at the start of 2020.

Efforts to prop up the currency have been besieged by long-term issues in production and finance, the American sanctions, the impact of Coronavirus, and a loss of up to 95% in oil exports amid low global prices.

The United Nations Conference on Trade and Development reported the 36.5% fall in foreign investment to $1.5 billion, Iran’s lowest figure since 2002.

Economy Minister Farhad Dezhpasand had claimed in February, “In the first nine months of 2019, foreign investment in Iran showed a 32% increase compared with the same period last year.”

The International Monetary Fund projects that, after a 7.6% decline in 2019, Iran’s GDP will contract another 11% this year amid Coronavirus.