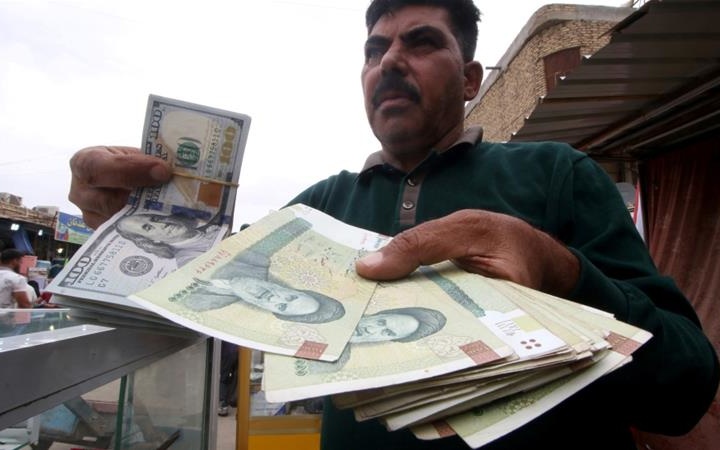 In a rare admission, Iran’s State media has acknowledged the currency crisis and blamed the Rouhani Government.

Press TV, the Islamic Republic’s English-language site, wrote on Thursday that the Iranian rial traded at 184,000:1 v. the US dollar on the unofficial market.

The official Central Bank exchange rate is 42,000:1, but is only available to importers of essential products.

Press TV says the Central Bank is blaming countries such as South Korea for refusing to unfreeze billions of dollars in Iranian assets. The Bank said it would take legal action to unblock the accounts, but gave no timetable for a resolution.

The website also blames the Government, by citing “traders”, for mismanagement of an economy facing problems with production, investment, trade, and employment.

Iran’s oil exports have dropped up to 95%, with global prices slumping this year. Problems have been compounded by long-term structural issues, including with banking and finance, and by comprehensive US sanctions imposed in November 2018.

The International Monetary Fund is forecasting that, amid Coronavirus, Iran’s GDP will contract 11% this year after a 7.6% fall in 2019.

The Government has reopened businesses, mosques, and public places from April 11. However, the easing of restrictions has fed a resurgence of the virus, with death rates at their highest point since April 12 and an official toll of almost 9,000 fatalities.