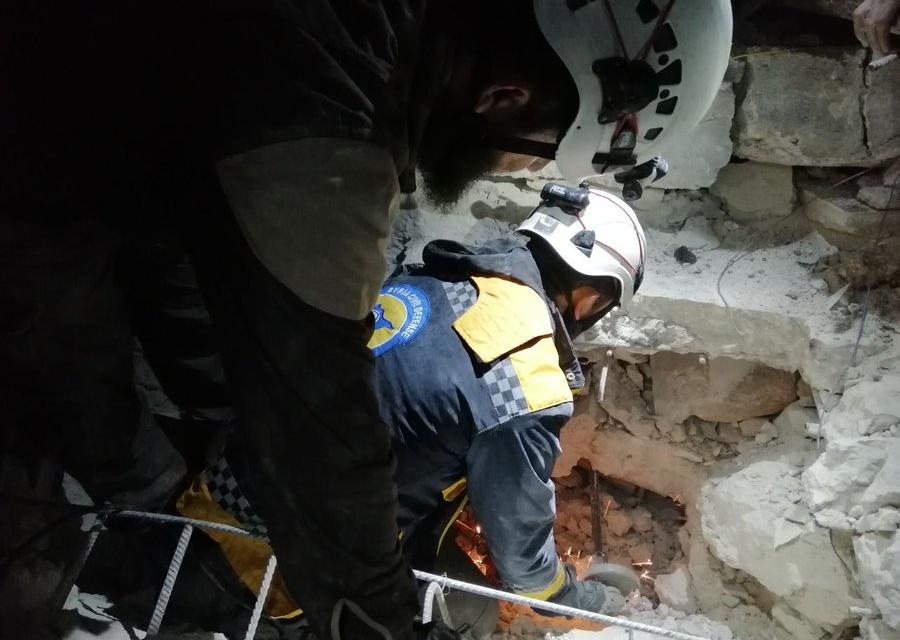 The international community has issued more statements of concern, but no indication of action, as Russia and the Assad regime continue mass killing and displacement in Idlib Province in northwest Syria.

The UN issued another report on Thursday about the flight of more than 800,000 people from their homes — 80,000 of them in the past 48 hours — since the Russia-regime offensive began last April.

“Whole towns have emptied as an increasing number of civilians flee northward to areas deemed safer, but which at the same time are rapidly shrinking, as territorial advances against opposition forces continue,” said spokesman David Swanson in Amman, Jordan.

The US envoy for Syria, James Jeffrey, said there had been 200 air strikes “mainly against civilians” in the past three days: I think now 700,000 people who are already internally displaced [are] on the move once again towards the Turkish border, which will then create an international crisis.”

But the US Government has been sidelined by Russia — except for the American operations against the Islamic State in northeast Syria — since Moscow’s military intervention to prop up the Assad regime in September 2015, and Jeffrey offered no US steps to check the Russian-regime ground and air attacks.

Meanwhile, the Russia-regime strikes targeted yet another hospital in Idlib, heavily damaging it and putting it out of service.

Six people outside the facility were killed, and six staff were injured — one critically — when the Al Shami Surgical Hospital in Ariha was bombed. White Helmets volunteers rescued more than 50 people, including 11 children dug out from rubble.

The attack was the 74th since the offensive began. More than 100 schools, mosques, markets, and civil defense centers have also been struck.

Scenes from the recovery of civilian victims buried under massive rubble following Russian raids that targeted a hospital and bakery in the city of #Ariha in #Idlib countryside yesterday. 12 people were killed in the attack including children and women. pic.twitter.com/IuXmIEPEp8

The medical infrastructure is crippled in northwestern Syria, with many facilities having to shut down to protect staff and patients. This has caused catastrophic interruptions for patients with chronic and acute illnesses, and led to the untold suffering of thousands of people….

The international community must intervene immediately to restore peace and stability to the region. There are over 3 million people with nowhere to go and I fear we will soon witness a genocide. If millions head towards the Turkish border it will be a global catastrophe.

The offensive has killed more than 1,500 civilians. UOSSM confirmed at least 81 fatalities between January 15 and 23, including 13 women, 14 girls, and 20 boys.

Russia and the regime have seized almost all of northern Hama Province and part of southern Idlib, and are also attacking western Aleppo. More than 3 million people — 20% of Syria’s remaining population — live in the greater Idlib area.

The offensive shattered a “de-escalation zone”, declared by Russia and Turkey in September 2018, around Idlib and northern Hama. Moscow has periodically announced “ceasefire” and “pause” in military operations, only to break the supposed halt — in the latest case, pushing aside its January 12 announcement within 48 hours.

Turkey, which intervened in northern Syria in August 2016, has been unwilling or unable to check the Russia-regime assault.

On Wednesday, President Recep Tayyip Erdoğan chided Moscow, “We have waited until now, but from this point, we are going to take our own actions.”

But a well-placed pro-opposition analyst assessed, “No one on the ground believes anything will follow up such Turkish statements. Russia humiliated the Turks way too often.”

This is what the explosive barrels that the regime's helicopters drop do. Homes containing memories and dreams of dozens of children destroyed by one barrel. An important message from our White Helmet Laith from #Saraqib City in #Idlib. pic.twitter.com/rOiITF3y2B

Analysts noted the need for the Assad regime to step up the assault to distract people from further economic crisis.

The Syrian pound has lost almost half its value since mid-October and now trades at 1,000 to 1,200:1 against the US dollar on the black market.

“What they’re doing is using Idlib as a sort of distraction that allows time to keep their loyalist constituencies on a war footing,” said Yezid Sayigh, a senior fellow at the Carnegie Middle East Center in Beirut. “This is a regime that is unable to demonstrate effective control and revive economic activity, revive markets, and hold up the [currency].”