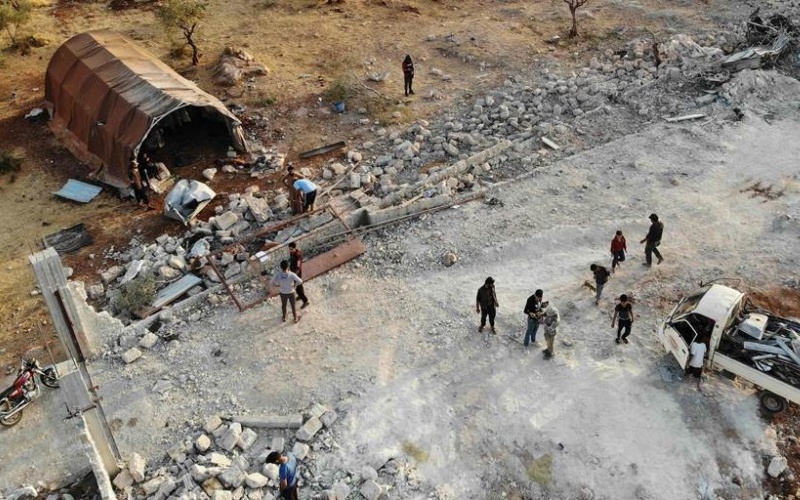 SDF commander Mazloum Abdi told the US outlet NBC News that his intelligence service had an informant within Baghdadi’s inner circle. That source provided a room-by-room layout of the compound of Baghdadi’s deputy Abu Mohammad al-Halabi, where the ISIS leader was staying in northwest Syria near the Turkish border.

The information included a floor plan and the positions of guards and tunnels, vital for the US helicopter and commando raid said to have trapped Baghdadi in an underground tunnel where he detonated an explosives vest.

Kobani has been appealing to US commanders and legislators for a restoration of the alliance established in October 2015, when the SDF was created by the American military to remove the Islamic State from northeast Syria.

The SDF accomplished the task in March; however, on October 6 Trump, following a call with Turkish President Recep Tayyip Erdoğan, abruptly ordered the withdrawal of the 1,000 US troops in northern Syria. Three days later, Turkey’s troops and Syrian rebels launched an offensive to take Kurdish-controlled territory along the Turkish-Syrian border.

Turkey and Russia have now declared joint military oversight of the area 480 km (270 miles) long and 30 km (19 miles) deep, across the Kurdish cantons of Kobani and Cezire.

Gen. Kobani said the SDF informant obtained Baghdadi’s DNA from used underwear. The US military said forensics experts used DNA at the site of the raid to confirm the ISIS leader’s death.

Kobani’s account was accompanied by a series of tweets from SDF senior advisor Polat Can about Kurdish support for the US operation, including the tracking of Baghdadi as he moved from northeast to northwest Syria.

1- Through our own sources, we managed to confirm that Al Baghdadi had moved from Al Dashisha area in Deir Al Zor to Idlib. Since 15 May, we have been working together with the CIA to track Al Baghdadi and monitor him closely.

Can effectively confirmed the weekend statements of US officials that Trump’s withdrawal order, seen by the SDF as an abandonment of the American alliance, almost cancelled the raid.

The advisor said the decision to assassinate Baghdadi was made “more than a month ago”. However, after the Turkish “invasion”, the SDF suspended special operations. He did not explain what led to the restoration of SDF support for the raid.

The Pentagon moved further on Monday to push back Trump’s withdrawal order, pointing to some relationship with the SDF.

The US military has used the rationale of protecting Kurdish-held oilfields in northeast Syria, obtaining Trump’s argument to a continued deployment of some American personnel

US troops will remain positioned in this strategic area to deny ISIS access to those vital resources. And we will respond with overwhelming military force against any group that threatens the safety of our forces there.

Without naming the Assad regime, Esper pushed back Damascus, which has vowed that it will retake “every inch” of Syrian territory, including the oilfields.

Russia, which props up the regime, has been cautious in its statements about the oilfields. However, last weekend it tried to undermine the US position with the unsupported claim that the Americans have been taking Syrian oil of the country.

Asked if the US military mission is to deny any Russian or Assad regime forces into the oilfields, Esper said, “The short answer is, yes, it presently does.” He continued:

So that’s our mission, to secure the oilfields.